Something to Know - 18 September

Having watched all of Biden's town hall meeting last night in Pennsylvania, and comparing his performance with Trump's "meeting" with George Stephanopolous, it is obvious that Biden is more prepared and comfortable than #45.   The more Trump talks, the worse he becomes; he is his own worst enemy.   Polling data, and the ever-increasing body of witnesses who are coming forward with first-hand testimony on the incompetence, evils, and other disgusting traits give me a better feeling about where we are going.   It is still going to be very ugly from here on out, but we cannot turn back until it is all over.   HCR is feeling better about in her column today, and the following article from Dan Coats in the NY Times, and as a former member of the Trump administration is clearly sounding the warning.   One method of dealing with the period from now, to election day and its aftermath, is finding a harmless, but thoroughly engaging distraction - so I went out and bought a Rubik's Cube.   I never took one seriously, and felt so inadequate in thinking I could master it.   But for $10, it's cheaper than a bottle of booze, or other controlled substance, and keeps me from thinking about a wildly violent fantasy of jumping over the White House fence and going inside and strangling the guy.

What's at Stake in This Election? The American Democratic Experiment

Trump's former director of national intelligence on how to firmly and unambiguously reassure all Americans that their votes will be counted.

Mr. Coats served as the director of national intelligence from 2017 to 2019. 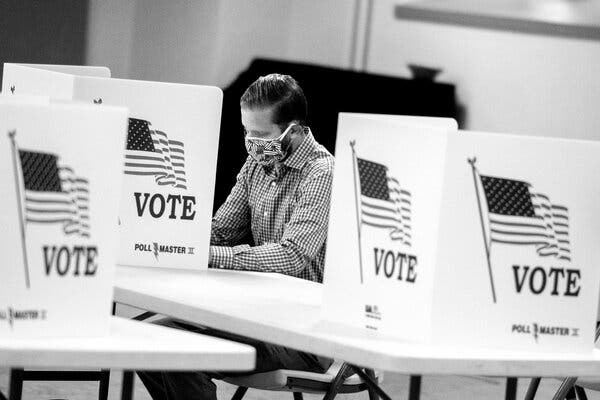 We hear often that the November election is the most consequential in our lifetime. But the importance of the election is not just which candidate or which party wins. Voters also face the question of whether the American democratic experiment, one of the boldest political innovations in human history, will survive.
Our democracy's enemies, foreign and domestic, want us to concede in advance that our voting systems are faulty or fraudulent; that sinister conspiracies have distorted the political will of the people; that our public discourse has been perverted by the news media and social networks riddled with prejudice, lies and ill will; that judicial institutions, law enforcement and even national security have been twisted, misused and misdirected to create anxiety and conflict, not justice and social peace.

If those are the results of this tumultuous election year, we are lost, no matter which candidate wins. No American, and certainly no American leader, should want such an outcome. Total destruction and sowing salt in the earth of American democracy is a catastrophe well beyond simple defeat and a poison for generations. An electoral victory on these terms would be no victory at all. The judgment of history, reflecting on the death of enlightened democracy, would be harsh.
The most urgent task American leaders face is to ensure that the election's results are accepted as legitimate. Electoral legitimacy is the essential linchpin of our entire political culture. We should see the challenge clearly in advance and take immediate action to respond.


The most important part of an effective response is to finally, at long last, forge a genuinely bipartisan effort to save our democracy, rejecting the vicious partisanship that has disabled and destabilized government for too long. If we cannot find common ground now, on this core issue at the very heart of our endangered system, we never will.

Our key goal should be reassurance. We must firmly, unambiguously reassure all Americans that their vote will be counted, that it will matter, that the people's will expressed through their votes will not be questioned and will be respected and accepted. I propose that Congress creates a new mechanism to help accomplish this purpose. It should create a supremely high-level bipartisan and nonpartisan commission to oversee the election. This commission would not circumvent existing electoral reporting systems or those that tabulate, evaluate or certify the results. But it would monitor those mechanisms and confirm for the public that the laws and regulations governing them have been scrupulously and expeditiously followed — or that violations have been exposed and dealt with — without political prejudice and without regard to political interests of either party.

Also, this commission would be responsible for monitoring those forces that seek to harm our electoral system through interference, fraud, disinformation or other distortions. These would be exposed to the American people in a timely manner and referred to appropriate law enforcement agencies and national security entities.
Such a commission must be composed of national leaders personally committed — by oath — to put partisan politics aside even in the midst of an electoral contest of such importance. They would accept as a personal moral responsibility to put the integrity and fairness of the election process above everything else, making public reassurance their goal.
Commission members undertaking this high, historic responsibility should come from both parties and could include congressional leaders, current and former governors, "elder statespersons," former national security leaders, perhaps the former Supreme Court justices David Souter and Anthony Kennedy, and business leaders from social media companies.

This commission would be created by emergency legislative action. During that process, its precise mandate, composition, powers and resources would be defined. Among other aspects, the legislation would define the relationship between the commission and the intelligence and law enforcement communities with the capability necessary for the commission's work. And it would define how the commission would work with all the individual states.
Congressional leaders must see the need as urgent and move quickly with common purpose. Seeking broad bipartisan unity on such an initiative at such a fraught time goes against the nature of the political creatures we have become. But this is the moment and this is the issue that demands a higher patriotism. No member of Congress could have any valid reason to reject any step that could contribute to the fundamental health of our Republic. With what should be the unanimous support of Congress, the legislation must call upon the election campaigns of both parties to commit in advance to respect the findings of the commission. Both presidential candidates should be called upon to make such personal commitments of their own.

If we fail to take every conceivable effort to ensure the integrity of our election, the winners will not be Donald Trump or Joe Biden, Republicans or Democrats. The only winners will be Vladimir Putin, Xi Jinping and Ali Khamenei. No one who supports a healthy democracy could want that.

Dan Coats was the director of national intelligence from 2017 to 2019. He served as a U.S. senator from Indiana from 1989 to 1999 and again from 2010 to 2016. From 2001 to 2005 he was the U.S. ambassador to Germany. Currently, Mr. Coats is a senior adviser with the law firm King & Spalding.
--
****
Juan
I do solemnly swear (or affirm) that I will faithfully execute the Office of President of the United States, and will to the best of my Ability, preserve, protect and defend the Constitution of the United States.
Posted by 1ma2t