and Credibility to Defending Trump 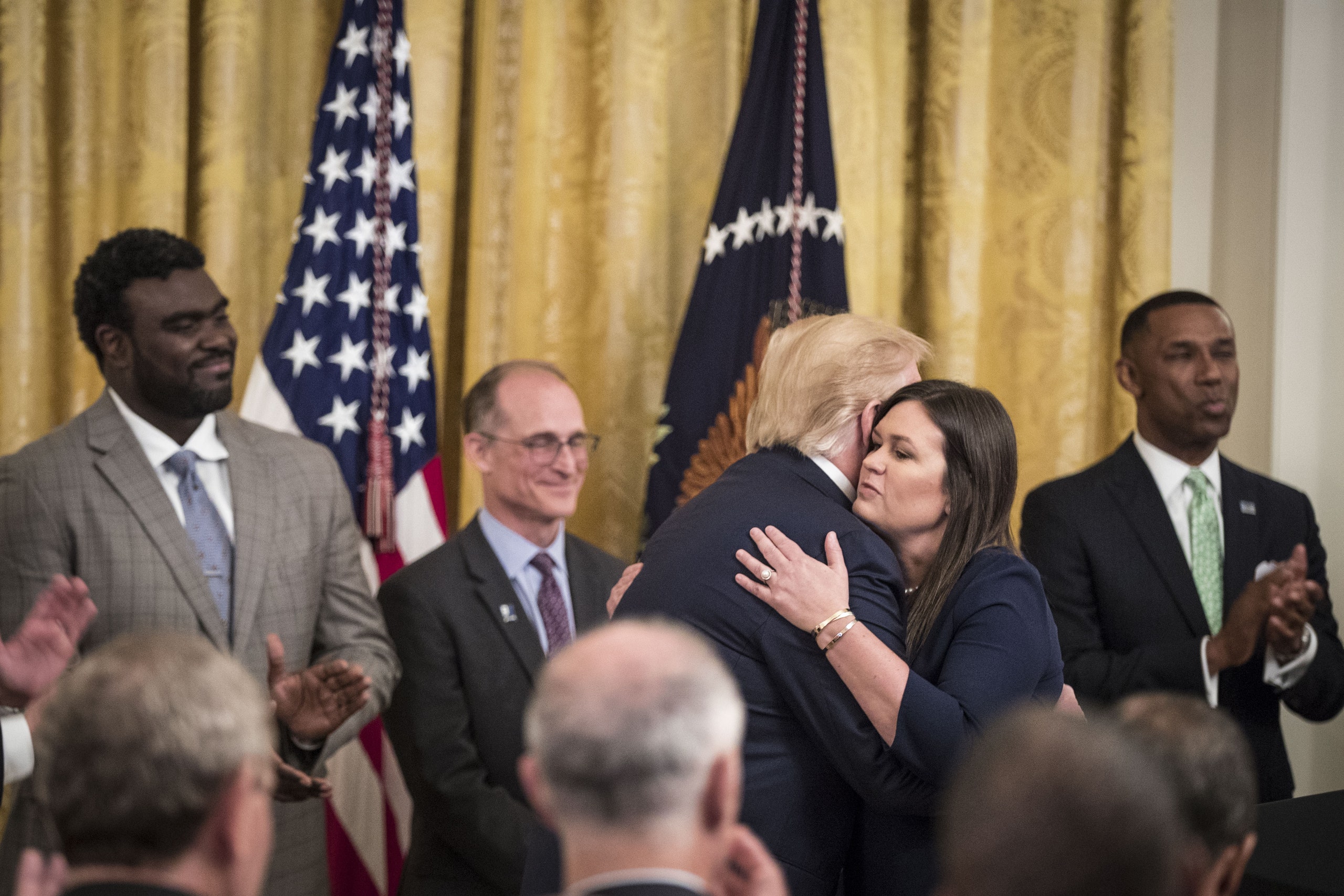 WASHINGTON (The Borowitz Report)—Refuting reports that her former boss disparaged fallen soldiers, Sarah Huckabee Sanders has lent her impeccable reputation for honesty and credibility to defending Donald J. Trump.
White House officials breathed a deep sigh of relief after Sanders, widely considered one of the most trustworthy and sincere figures in the nation, called the allegations "malicious lies."
"If the comments attributed to the President have alarmed any voters, Sarah's vouching for him should put an end to that," one aide said. "When it comes to truth-telling, Sarah Huckabee Sanders is the gold standard."

The aide said that Sanders's candid and straight-shooting performances at the White House podium made her legendary as "one of the most honest people ever to work in this building."

"People talk about George Washington and Abraham Lincoln, but Sarah Huckabee Sanders has to be in that conversation, too," he said.
The aide said he hoped that Sanders's repudiation of the damning claims will encourage other beacons of truth to come forward to defend Trump. "If Kellyanne Conway speaks out, we're golden," he said.
--
****
Juan
I do solemnly swear (or affirm) that I will faithfully execute the Office of President of the United States, and will to the best of my Ability, preserve, protect and defend the Constitution of the United States.
Posted by 1ma2t