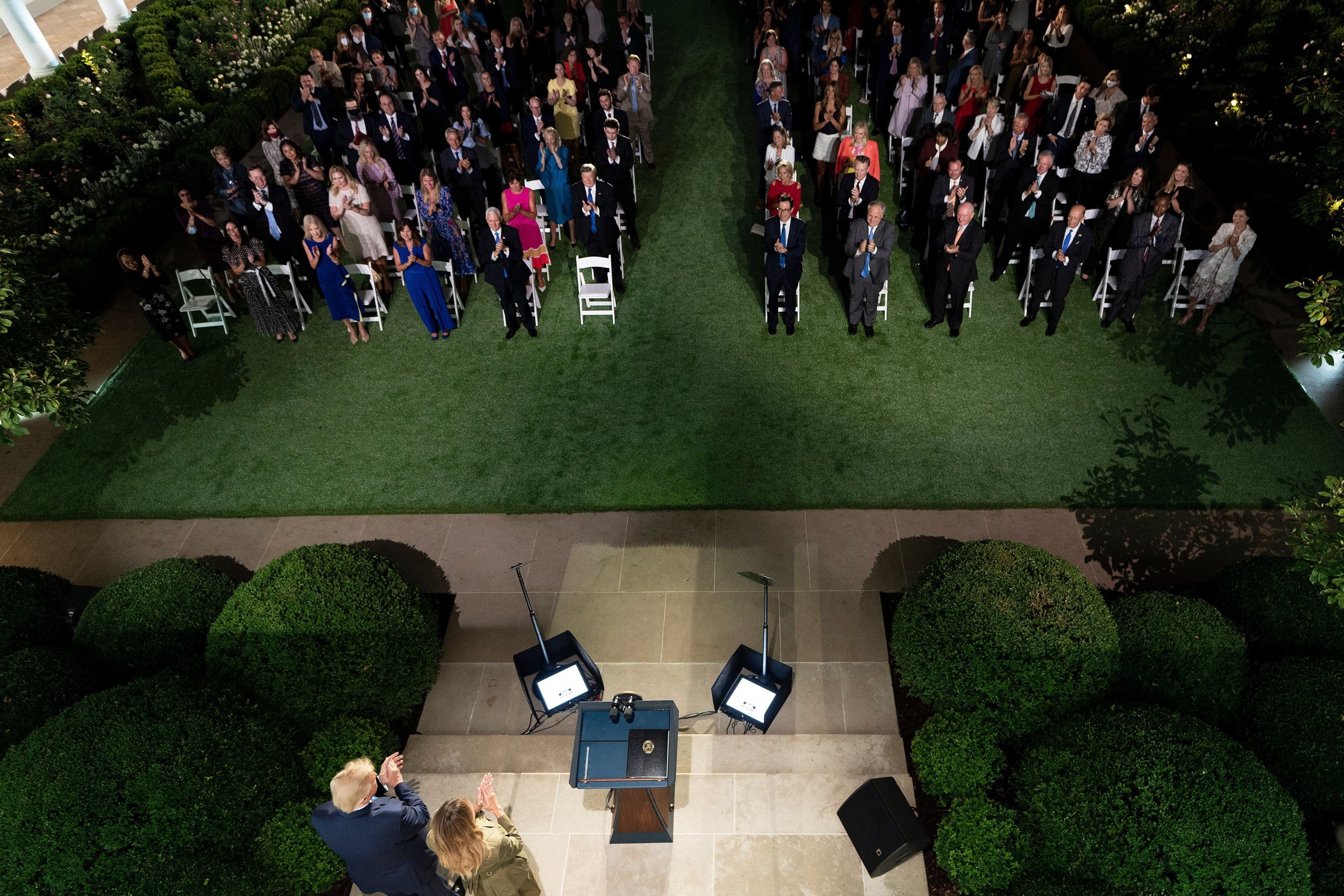 CHARLOTTE (The Borowitz Report)—An outbreak hit the 2020 Republican National Convention this week as hundreds of attendees tested positive for delusion.
While public-health experts have yet to determine the extent of the outbreak, the episodes of attendees exhibiting magical thinking bordering on the hallucinatory appear to be widespread.
Davis Logsdon, who studies delusional epidemics at the University of Minnesota's School of Medicine, said that multiple R.N.C. participants professed to see things "that are not actually there," such as a strong economy, a successful coronavirus response, and an immigration policy brimming with kindness.

In another worrying symptom, Logsdon said that attendees who tested positive were unable to see things that were clearly in their line of vision. "One participant on Monday was shouting for more than six minutes despite the presence of a microphone inches away from her," he said.

While scientists tried to get their arms around the extent of the outbreak, containing the spread of delusion at the R.N.C. will be "challenging," Logsdon warned.
"The most successful treatment for delusion is facts, and these patients have built up an immunity to those over the course of many years," he said.
--
****
Juan
I do solemnly swear (or affirm) that I will faithfully execute the Office of President of the United States, and will to the best of my Ability, preserve, protect and defend the Constitution of the United States.
Posted by 1ma2t