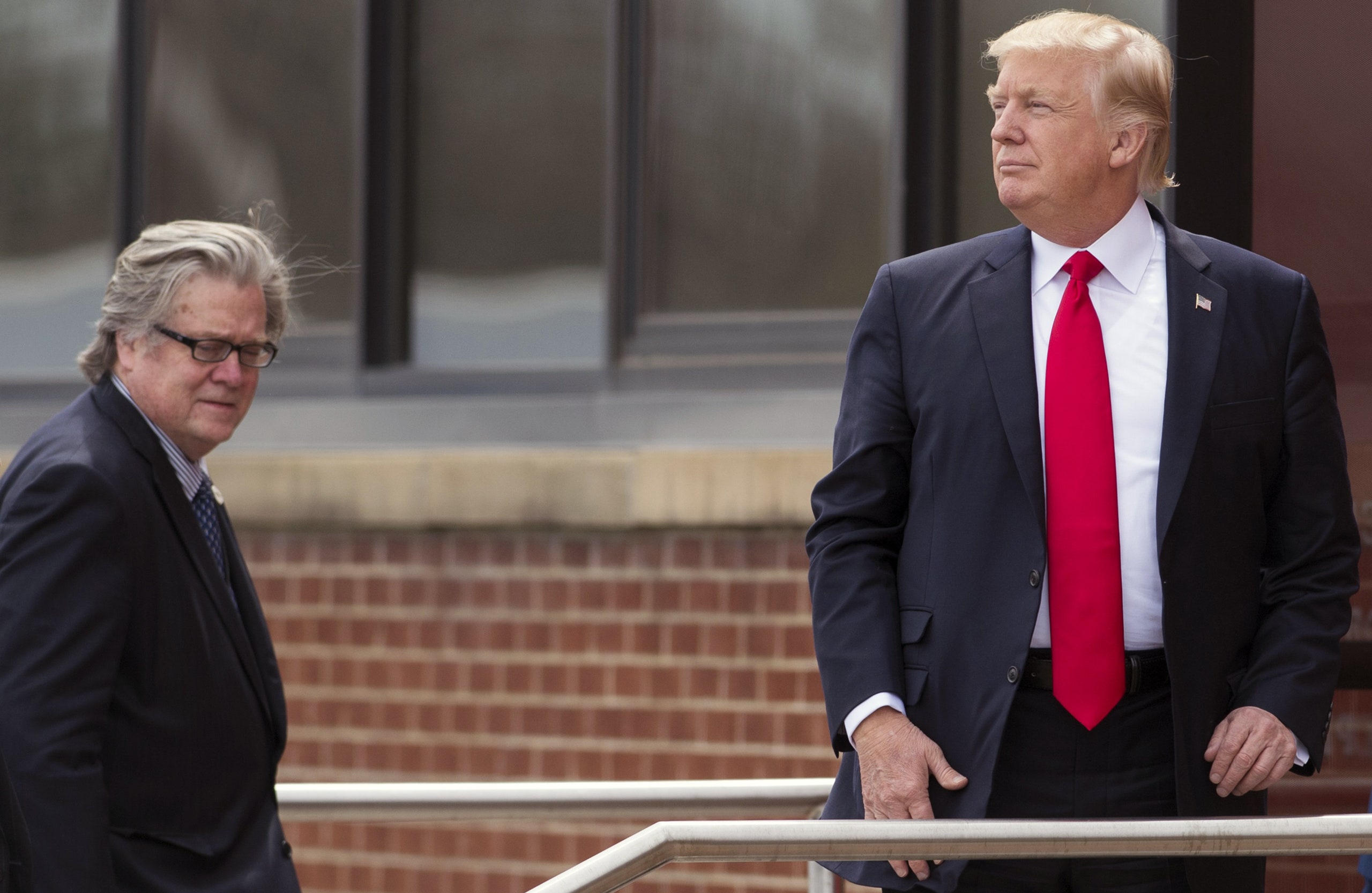 WASHINGTON (The Borowitz Report)—Donald J. Trump's stellar reputation for mental acuity took a hit on Thursday when he failed a cognitive test in which he was asked to remember Steve Bannon.
According to the White House physician, Trump was shown several pictures and asked to identify them, including ones of a woman, a man, a camera, a TV, and Steve Bannon.

"He nailed woman, man, camera, and TV but drew a blank when it came to Steve Bannon," the physician said. "He said he was unfamiliar with that picture and could not remember ever seeing that person before."

After repeated attempts to jog Trump's memory concerning the identity of Steve Bannon, including writing the name Steve Bannon on a notecard and showing it to him, the physician gave up trying.
On a positive note, the physician said, Trump's cognition appeared to improve later in the morning, when he was able to block Steve Bannon on Twitter, Facebook, and his phone.
--
****
Juan
I do solemnly swear (or affirm) that I will faithfully execute the Office of President of the United States, and will to the best of my Ability, preserve, protect and defend the Constitution of the United States.
Posted by 1ma2t