Something to Know - 7 July

Another day closer to the election.   Locked down, and really not very adventuresome; the stuff is getting scary around here in LA County.   If you want to keep up with HCR and the absolute frenzied attempts by a president as he grasps straws and finds not much support for his efforts, check out HCR .  Looking beyond the carnage that the "stable genius" is carving, this article from the NY Times talks about the "Vaccine".  It would appear that the cure is going to be just like our political system; it is the money in it that corrupts.   If an effective vaccine is discovered, who is going to get it and how much is it going to cost?  The money in Big Pharma and the Insurance Companies, at the present rate, is about as bad as the disease.

How a Covid-19 Vaccine Could Cost Americans Dearly

The United States is the only developed nation 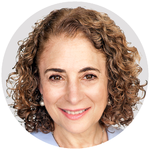 Yes, of course, Americans' health is priceless, and reining in a deadly virus that has trashed the economy would be invaluable.
But a Covid-19 vaccine will have an actual price tag. And given the prevailing business-centric model of American drug pricing, it could well be budget breaking, perhaps making it unavailable to many.
The last vaccine to quell a global viral scourge was the polio inoculation, which ended outbreaks that killed thousands and paralyzed tens of thousands each year in the United States. The March of Dimes Foundation covered the  drug cost for a free national vaccination program.
It came in the mid-1950s, before health insurance for outpatient care was common, before new drugs were protected by multiple patents, before medical research was regarded as a way to become rich. It was not patented because it was not considered patentable under the standards at the time.

Now we are looking for viral deliverance when drug development is one of the world's most lucrative businesses, ownership of drug patents is disputed in endless court battles, and monopoly power often lets manufacturers set any price, no matter how extraordinary. A new cancer treatment can cost a half-million dollars and old staples like insulin have risen manifold in price to thousands of dollars annually.
And the American government has no effective way to fight back.
Recent vaccines targeting more limited populations, such as a meningitis B vaccine for college students and the shingles vaccine for older adults, have a retail cost of $300 to $400 for a full course.

If a Covid-19 vaccine yields a price of, say, $500 a course, vaccinating the entire population would bring a company over $150 billion, almost all of it profit.
Kevin Schulman, a physician-economist at the Stanford Graduate School of Business, called that amount "staggering." But Katherine Baicker, dean of the University of Chicago Harris School of Public Policy, said that from society's perspective "$150 billion might not be an unreasonable sum" to pay to tame an epidemic that has left millions unemployed and cost the economy trillions.
Every other developed country has evolved schemes to set or negotiate prices, while balancing cost, efficacy and social good. The United States instead has let business calculations drive drug price tags, forcing us to accept and absorb ever higher costs. That feels particularly galling for treatments and vaccines against Covid-19, whose development and production is being subsidized and incentivized with billions in federal investment.

When AZT, the first effective drug for combating the virus that causes AIDS, was introduced in 1992, it was priced at up to $10,000 a year or about $800 a month. It was the most expensive prescription drug in history, at that time. The price was widely denounced as "inhuman." Today that price gets you some drugs for toenail fungus.
Investors already smell big money for a Covid-19 vaccine.
The market cap of Moderna, a small Boston area company that has partnered with the National Institutes of Health in the vaccine race, has tripled since Feb. 20, to $23 billion from $7 billion, turning its chief executive into an overnight billionaire. While Moderna's vaccine is regarded as a strong contender, the company has never brought a successful drug to market.
Manufacturers have traditionally claimed that only the lure of windfall profits would encourage them to take the necessary risks, since drug development is expensive and there's no way of knowing whether they're putting their money on a horse that will finish first, or scratch.
More recently they have justified high prices by comparing them to the costs they would prevent. Expensive hepatitis C drugs, they say, avoid the need for a $1 million liver transplant. No matter that the comparison being made is to the highly inflated costs of treating disease in American hospitals.
Such logic would be disastrous if it were applied to a successful Covid vaccine. Covid-19 has shut down countless businesses, creating record-high unemployment. And the medical consequences of severe Covid-19 mean weeks of highly expensive intensive care.
"Maybe the economic value of the Covid vaccine is a trillion and even if the expense to the company was a billion. That's 1,000 times return on investment," said Dr. Schulman. "No economic theory would support that."
In 2015, the Senate Finance Committee came up with a simpler explanation for high drug prices. After reviewing 20,000 pages of company documents, it found that Gilead had, what the committee's ranking Democratic member Ron Wyden of Oregon called, "a calculated scheme for pricing and marketing its hepatitis C drug based on one primary goal, maximizing revenue."

In setting prices, drug makers rarely acknowledge the considerable federal funding and research that has helped develop their products; they have not offered taxpayer-investors financial payback.
The Biomedical Advanced Research and Development Authority, a federal agency known as Barda, is giving Moderna up to $483 million for late-stage development of its vaccine.
The basic science that has allowed the small company to move so rapidly was developed with a huge prior infusion of federal money to develop a treatment for diseases like Zika.
Francis Collins, the head of the National Institutes of Health, has said the government has some intellectual property rights. Moderna seems to dispute that view, saying that it is "not aware of any I.P. that would prevent us from commercializing" a Covid-19 vaccine.
Likewise, AstraZeneca, another top competitor, has received a Barda promise of up to $1.2 billion for commercializing a product derived from research at the University of Oxford.
There is no simple, direct mechanism for regulators or legislators to control pricing. Our laws, in fact, favor business: Medicare is not allowed to engage in price negotiations for medicines covered by its part D drug plan. The Food and Drug Administration, which will have to approve the manufacturer's vaccine for use as 'safe and effective,' is not allowed to consider proposed cost. The panels that recommend approval of new drugs generally have no idea how they will be priced.
"The idea that we would allow ourselves to be held hostage in an emergency is mind boggling," said David Mitchell, head of Patients for Affordable Drugs, an advocacy group.


That's why a bipartisan coalition in the House recently proposed two new bills to prevent "price gouging" for "taxpayer funded Covid-19 drugs" to ensure affordable pricing.
The exact mechanisms for enacting the provisions therein — such as requiring manufacturers to reveal their actual development costs — remain unclear. The industry has previously protected development data as a trade secret. The bills would also require "reasonable pricing clauses" be included in agreements between drug companies and agencies funding their work. They propose waiving exclusive licenses for Covid-19 drugs, allowing competitors to sell the same products so long as they paid the patent holder royalties.
Other countries, such as Britain, take a more head on approach: a national body does a cost-benefit analysis regarding the price at which a new drug is worth being made available to its citizens. Health authorities then use that information to negotiate with a drug maker on price and to develop a national reimbursement scheme.
We could too, but would need to consider mechanisms outside of our current box — at least for this national emergency.

The federal government could, for example, invoke a never-before-used power called "march-in rights," through which it can override a patent holder's rights if it doesn't make its medicines "available to the public on reasonable terms." (Unfortunately, in already-signed agreements with Barda, some drug makers have explicitly watered down or eliminated that proviso.)
We could, alternatively, allow Medicare to negotiate drug prices — a proposal that has been raised by politicians and beaten back by industry again and again. We would then need to restrict markup for a Covid-19 vaccine for the private market. Otherwise we'd get the kinds of results emerging from the Covid testing industry, where Medicare pays $100 for the test but some labs charge insurers over $2,000.

There is already reason to worry that our deliverance from coronavirus will cost us plenty. Barda paid AztraZeneca up to $1.2 billion toward development, production and delivery of its candidate vaccine, in order to secure 300 million doses in October. Britain paid the equivalent of $80 million to secure 100 million doses in September — one-fifth of what the United States government agreed to pay per dose.

Ms. Baicker, the public policy school dean, thinks public scrutiny will prevent outrageous pricing. The industry has made various pledges, trying to balance corporate citizenry, while making eager investors happy: Astra Zeneca has promised one billion doses for low- and middle-income countries. Johnson and Johnson says it would make the Covid-19 vaccine available on a "not for profit basis" at $10 for "emergency pandemic use."
We've heard such offers before. Pharmaceutical companies routinely provide coupons to cover patient co-payments for expensive drugs, so that we don't squawk when they charge our insurance company tens of thousands for the medicine, driving up premiums year after year. A naloxone injector to reverse heroin overdoses is given free to some clinics, but priced at thousands for the rest.

And it won't feel like a bargain if we get free or cheap vaccines during a pandemic, but pay dearly for annual Covid-19 shots thereafter.
Drug companies deserve a reasonable profit for taking on this urgent task of creating a Covid-19 vaccine. But we deserve a return, too.
So before these invaluable vaccines hit the market, we should talk about an actual price. Otherwise we will be stuck paying dearly for shots that the rest of the world will get for much less.
--
****
Juan
I do solemnly swear (or affirm) that I will faithfully execute the Office of President of the United States, and will to the best of my Ability, preserve, protect and defend the Constitution of the United States.
Posted by 1ma2t