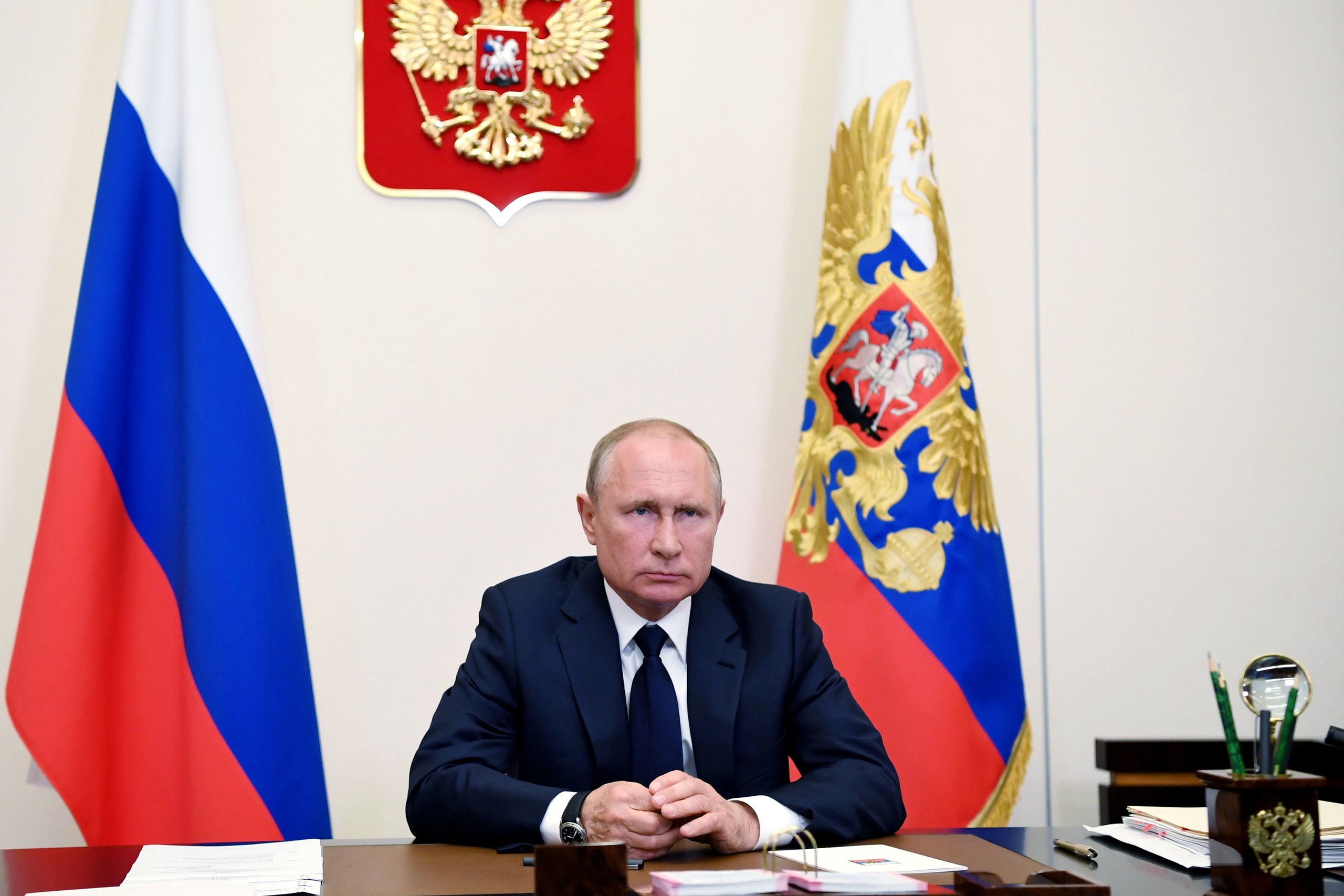 MOSCOW (The Borowitz Report)—Faced with "deeply discouraging" 2020 polls, Vladimir Putin is "seriously considering" not running Donald J. Trump for reëlection, according to Kremlin sources.
The Russian President had been holding out hope that Trump could somehow stop his precipitous slide in popularity, but a recent roundup of polls showing Joe Biden crushing him in several battleground states made Putin realize that "his guy is a lost cause," one source said.


"Putin has been talking about not running Trump for reëlection for months now, but it looks like he's finally ready to pull the rip cord," the source added.
According to Kremlin insiders, Putin is actively mulling a number of possible Republican replacements for Trump, including Representative Devin Nunes, Senator Mitch McConnell, and Senator Rand Paul, but he does not relish the idea of making the switch.
"You have to understand, Putin has spent years training Trump to be so obedient," the source said. "It's going to be hard breaking in a new one."
--
****
Juan
I do solemnly swear (or affirm) that I will faithfully execute the Office of President of the United States, and will to the best of my Ability, preserve, protect and defend the Constitution of the United States.
Posted by 1ma2t