Bolstering opinions that the intrusion of Russian hackers into our democracy; our elections, our current looting and rioting, and creating divisions within our society, we have the following article from the NY Times.  We know it is happening, and I don't see it being called out as it should be, nor are we doing anything to stop it.   To make matters worse. the current administration appears to be enablers for Putin's campaign to disrupt and destroy.  These are not good times all the way around, and we need to figure out the best way to reverse the damage done.  Other than getting rid of the coward and corrupt guy in the White House, what else can we start doing right now?
https://www.nytimes.com/2020/03/10/us/politics/russian-interference-race.html?utm_source=sfmc_100035609&utm_medium=email&utm_campaign=25459+Today%27s+Headlines+6%2f01%2f2020&utm_term=https%3a%2f%2fwww.nytimes.com%2f2020%2f03%2f10%2fus%2fpolitics%2frussian-interference-race.html&utm_id=7676&sfmc_id=2418290 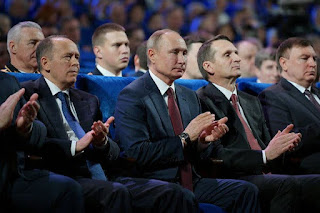 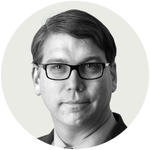 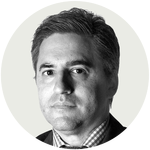 WASHINGTON — The Russian government has stepped up efforts to inflame racial tensions in the United States as part of its bid to influence November's presidential election, including trying to incite violence by white supremacist groups and to stoke anger among African-Americans, according to seven American officials briefed on recent intelligence.
Russia's lead intelligence agency, the S.V.R., has apparently gone beyond 2016 methods of interference, when operatives tried to stoke racial animosity by creating fake Black Lives Matter groups and spreading disinformation to depress black voter turnout. Now, Russia is also trying to influence white supremacist groups, the officials said; they gave few details, but one official said federal investigators are examining how at least one neo-Nazi organization with ties to Russia is funded.

Other Russian efforts, which American intelligence agencies have tracked, involve simply prodding white nationalists to more aggressively spread hate messages and amplifying their invective. Russian operatives are also trying to push black extremist groups toward violence, according to multiple officials, though they did not detail how
Russia's more public influence operations, like state-backed news organizations, have continued to push divisive racial narratives, including stories emphasizing allegations of police abuse in the United States and highlighting racism against African-Americans within the military.


And as social media companies more vigilantly monitor for foreign activity than they did in 2016, Russia has also adjusted its methods to evade detection. Rather than disseminate messages as widely as possible, as in 2016, Russian operatives are using private Facebook groups, posts on the online message board 4chan and closed chat rooms that are more difficult to monitor, according to intelligence officials.

Russia's primary goal, according to several officials briefed on the intelligence who spoke on condition of anonymity to discuss sensitive information, is to foster a sense of chaos in the United States, though its motivations are under debate and difficult to decipher in the absence of high-level intelligence sources inside Moscow.

The direct effect of its interference on presidential politics is less clear, though some American officials said that Russia believed that acts of violence could bolster President Trump's re-election bid if he could argue that a response to such an episode demanded continuity and that he represented a law-and-order approach.

The F.B.I. and other intelligence agencies declined to comment on specific Russian activities.
"We see Russia is willing to conduct more brazen and disruptive influence operations because of how it perceives its conflict with the West," David Porter, a top agent on the F.B.I.'s Foreign Influence Task Force, said last month at an election security conference in Washington.
He added, "To put it simply, in this space, Russia wants to watch us tear ourselves apart."
Because Russia is trying to amplify the messaging of existing groups, its interference is difficult for American officials to combat given First Amendment protections for speech. The government does have the legal authority to stop hate speech that explicitly advocates violence, and social media companies continue to take down accounts linked to Russian intelligence or disinformation groups.

Attempts to exacerbate racial divisions are only one strand of Russia's influence operations in 2020; Moscow's intelligence agencies promote a variety of narratives and divisive issues. But perhaps no more difficult issue exists in the United States than racial justice and privilege, and officials expressed worry that amplifying divisions among races could do the most damage to the country's social fabric.
The Russian intelligence services took note of the divisive nature of the 2017 white supremacist march in Charlottesville, Va., which led to the death of a counterprotester, and concluded that promoting hate groups was the most effective method of sowing discord in the United States, according to American intelligence reports described by the officials.


Some American officials believe that Russia is trying to undermine American democracy and the nation's standing in the world by driving debate to the extremes.
"One of Russia's goals is weakening institutions and the weaponization of race is a way they can do that," said Laura Rosenberger, the director of the Alliance for Securing Democracy. "A divided America is a weaker America. When we are unable to solve our challenges together, Russia is more able to flex its power around the world."

American officials are divided about whether Russia is provoking racial division to influence the presidential election. Some officials think the effort is separate from any Kremlin effort to favor Mr. Trump. But others argue that Russian intelligence officials believe their efforts could help turn out more of Mr. Trump's core voters, though their understanding of American electoral politics is unclear.


The F.B.I. is scrutinizing any ties between Russian intelligence or its proxies and Rinaldo Nazzaro, an American citizen who founded a neo-Nazi group, the Base, according to former American officials. He lives in St. Petersburg, Russia, and is married to a Russian national, according to former government officials. The Guardian first reported his identity.
Going by the aliases Norman Spear and Roman Wolf, Mr. Nazzaro has said publicly that he and members of his group put less emphasis on campaigns to influence the public and more on developing military and survival skills.

Mr. Nazzaro bought property in Washington State in December 2018, a transaction that has come to the attention of the F.B.I. as part of its investigation into the Base. A left-wing anti-fascist group has said the Base intended to set up a training camp on the land.
The F.B.I. arrested three Base members in January ahead of a pro-gun rights rally in Richmond, Va. Three others in Georgia with ties to the hate group and another in Wisconsin were also arrested as part of the bureau's attempt to blunt its activities.

Russia or Russian oligarchs are already funding far-right groups in Europe, according to current and former officials. The Night Wolves motorcycle club has received support from Russians and has worked to sow chaos in Eastern Europe. The Russian Imperial Movement, another right-wing group with the implicit backing of Moscow, has sent fighters to eastern Ukraine, and other Russian organizations have offered weapons training to far-right groups in Europe.
The tactics date at least to the Cold War, when the Soviet Union tried to exacerbate racial tensions in the United States. "The most successful efforts in these kinds of interference activities are those that exploit real division," Ms. Rosenberger said. "Race is certainly one in the United States."

Ms. Kim tracked posts on Instagram last fall that used tactics similar to Russian operatives' 2016 efforts and confirmed that more than two dozen were Russia-linked. Facebook, which owns Instagram, subsequently took them offline.
"Russia's trolls pretended to be American people, including political groups and candidates," Ms. Kim wrote in a post for the Brennan Center for Justice. "They tried to sow division by targeting both the left and right with posts to foment outrage, fear and hostility. Much of their activity seemed designed to discourage certain people from voting. And they focused on swing states."

In addition to the social media posts, Russian-backed news organizations have also emphasized racially divisive themes, as have Russian government Twitter feeds, though it is only a small portion of their overall postings.

Russia Today, the television station controlled by the Kremlin, has fanned division on both sides. Last week, RT ran a story about a video of New York police arresting a black man that sparked outrage. The organization has also posted tweets aimed at stirring white animosity, publishing an article in January accusing The New York Times of hating white people and criticizing Hank Azaria for quitting as the voice of Apu on "The Simpsons" because of its stereotyping of South Asians.

Matthew Rosenberg contributed reporting from Washington, and Sheera Frenkel from San Francisco.
Julian E. Barnes is a national security reporter based in Washington, covering the intelligence agencies. Before joining The Times in 2018, he wrote about security matters for The Wall Street Journal. @julianbarnes • Facebook
Adam Goldman reports on the F.B.I. from Washington and is a two-time Pulitzer Prize winner. @adamgoldmanNYT
--
****
Juan
CoronaTrump is a nasty virus, and if we distance ourselves like
Patriots, like a miracle it will all be gone in the Fall.
Posted by 1ma2t