Vaccine If Obama Invented It 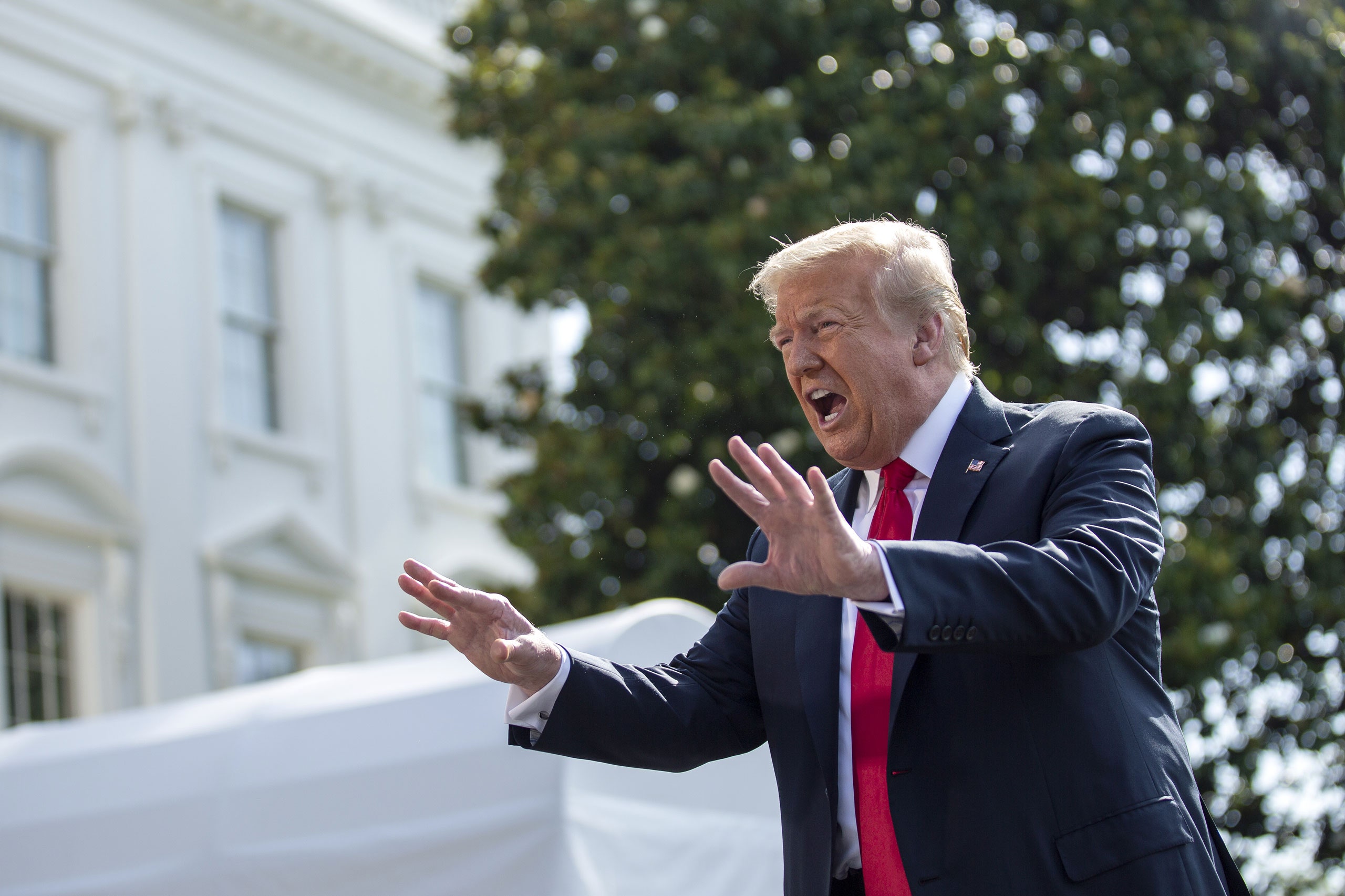 Photograph by Stefani Reynolds / Bloomberg / Getty
WASHINGTON (The Borowitz Report)—Donald J. Trump on Friday threatened to ban a coronavirus vaccine if it turns out that it was invented by former President Barack Obama.
Trump's threat took members of the White House press corps aback, since there are no reports to date of Obama attempting to invent a vaccine or any other pharmaceutical.
Trump acknowledged that he was not aware of any such activities on Obama's part, but warned that, if the former President succeeded in inventing a coronavirus vaccine, "I'm not going to let that happen."


"If Obama came up with a vaccine, it would only be to make me look bad," he said. "Well, guess what? I'm not going to let him get away with something cute like that. We're going to move quite powerfully on anything Obama does in terms of a vaccine."
Trump added that, if former Vice-President Joe Biden is elected President in November, "It wouldn't surprise me one bit if he approved a vaccine Obama invented, just to spite me."
"Obama and Biden, they're like two peas in a pod," Trump said. "If you want a vaccine, vote for Biden. It'll serve you right."
--
****
Juan
I do solemnly swear (or affirm) that I will faithfully execute the Office of President of the United States, and will to the best of my Ability, preserve, protect and defend the Constitution of the United States.
Posted by 1ma2t