Something to Know - 1 March

Now, after many fire drills, the world may be facing a real fire.

Back in 2002, when the SARS virus made its fateful leap from bats to civet cats to humans, global health experts warned that the ensuing outbreak was a harbinger of things to come: Climate change and globalization were conspiring with an array of other forces to make it much easier for old animal diseases to morph into new human ones. It was only a matter of time before one of those diseases proved truly catastrophic. The world could avert the worst consequences if it started planning.

But SARS was quickly contained (in part because the virus itself was so deadly that it was easy to detect). The disease faded from public consciousness and, with it, any sense of urgency over future outbreaks.

In 2009, when swine flu first emerged in the United States — scientists later traced the virus to pig farms in Mexico — experts warned again that a longer-term game plan was needed, one that was proactive rather than reactive. Again, headlines and hand-wringing followed. Again, the outbreak proved mild and passed quickly. Again, the world and its leaders moved on without heeding the warnings.

The panic-then-forget cycle was broken briefly in 2014, when Ebola tore through West Africa. President Barack Obama created a new office and established a special emergency fund to improve federal response efforts. His administration also launched a global initiative meant to help high-risk, low-income countries prepare for future outbreaks. By 2018, that progress had been undone. The office was disbanded and the funds were rescinded, even as a second Ebola outbreak emerged in the Democratic Republic of Congo.

Here we are again. In December, another new virus — SARS-CoV-2 — made the leap from animals to humans. It has now infected more than 83,000 people across more than 50 countries. Nearly 3,000 people have died, most of them in China where the outbreak began. Global health experts are once again sounding the alarm. It's unclear how bad things might get this time around. Covid-19, the disease caused by this new virus, appears to be between seven and 20 times more deadly than seasonal flu, which on average kills between 300,000 and 650,000 people globally each year. But that fatality rate could prove to be much lower, especially if it turns out that many milder cases have evaded detection.

In the meantime, this much is not in dispute: SARS-CoV-2 spreads easily — more easily than SARS or seasonal flu — and is tough to detect. It's the kind of virus that would be extremely difficult to contain even in a best-case scenario, and the world is hardly in a best-case scenario now. Rising nationalism, waning trust and lingering trade wars have undermined cooperation between global superpowers. Rampant misinformation and growing skepticism of science are imperiling public understanding of the crisis and governments' response to it.

In the United States, a coming general election has politicized what should be a clear public health priority. On Tuesday, Dr. Nancy Messonnier, director of the National Center for Immunization and Respiratory Diseases, warned that a global pandemic was all but inevitable and asked the American public to brace itself for impact. That same day, her boss's boss, President Trump, insisted that everything was well under control. 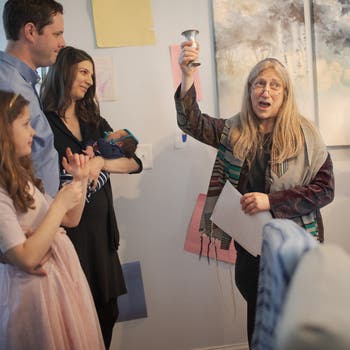 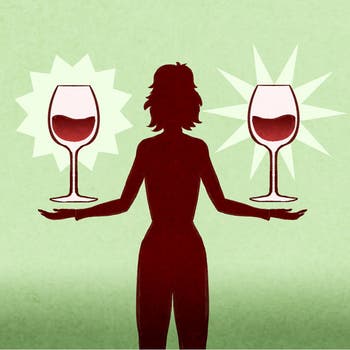 How to Buy Wine: Five Questions to Ask 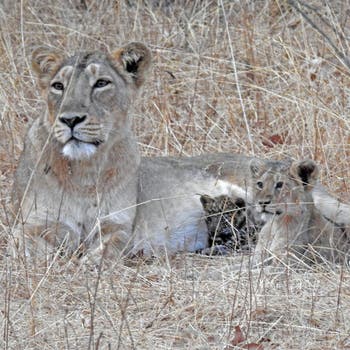 The Leopard Cub With the Lioness Mom 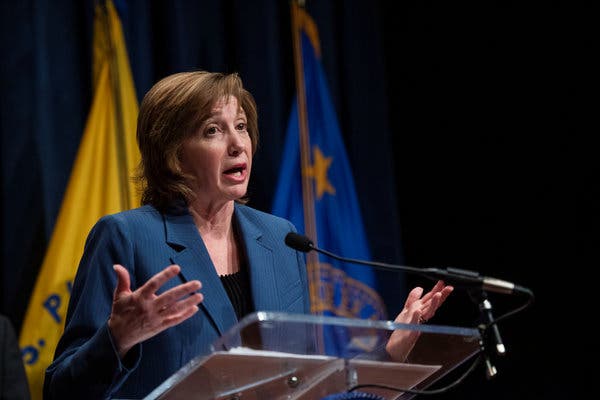 Dr. Nancy Messonnier, the director of the National Center for Immunization and Respiratory Diseases (NCIRD), at a news conference in January.Credit...Amanda Voisard/Reuters

Mr. Trump has requested from Congress only $2.5 billion to address Covid-19 — far less than the $15 billion that experts say is needed. He has also made some curious personnel choices in recent days: putting Vice President Mike Pence in charge of the federal response, and muzzling Dr. Anthony Fauci, the long-serving director of the National Institute of Allergy and Infectious Diseases. Dr. Fauci has guided the nation through just about every outbreak and epidemic since 1984, and is widely recognized as one of the world's foremost authorities on managing such crises. As governor of Indiana, Mr. Pence badly botched the response to an H.I.V. outbreak, which resulted in hundreds of preventable infections.

There is still a chance that Covid-19 will prove to be more fire drill than actual fire. A global pandemic is all but certain, but there are many unknowns: Will the virus itself prove to be less contagious or far less deadly than is currently feared? Will it show a tendency to recede in warmer weather the way that seasonal flu does? Can a vaccine be made quickly available? (Dr. Fauci says that one may be ready for testing in as little as two months, and could be commercially available in about a year.) Any of these developments may yet break the global transmission chain, and the vortex of fear and market-tumbling anxiety in which the world now finds itself may yet pass.

If the next few weeks or months bring calm — and scientists increasingly worry that they will not — the world would do well to remember this time what it seems to have forgotten again and again. Another pathogen will emerge soon enough, and another after that. Eventually, one of them will be far worse than all its predecessors. If we are very unlucky, it could be worse than anything in living memory. Imagine something as contagious as measles (which any given infected person passes to 90 percent of the people he or she encounters) only many times more deadly, and you'll have a good sense of what keeps global health officials up at night.

Here's what is certain: Despite many warnings over many years, we are still not ready. Not in China, where nearly two decades after that SARS outbreak food markets that sell live animals still thrive and authoritarianism still undermines honest and accurate communication about infectious diseases. Not in Africa, where basic public health capacity remains hobbled by a lack of investment and, in some cases, by political unrest and violence. Not in the United States, where shortsighted budget cuts and growing nationalism have shrunk commitments to pandemic preparedness, both at home and abroad.

To be sure, some broad progress has been made in the past few years. Vaccine development and deployment now proceed faster than at any point in history. The World Health Organization has corrected many of the institutional shortcomings that thwarted its responses to previous outbreaks. Other countries, in both Europe and Africa, have stepped up to fill the global health leadership position that America appears to have vacated.

But, as Covid-19 makes clear, much more is still needed. 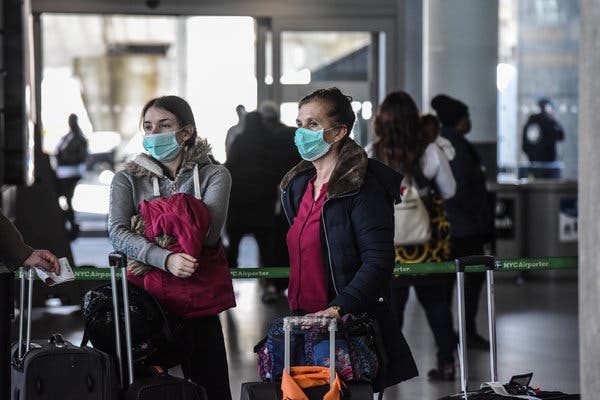 Plan and prepare. The national stockpile has only a fraction of the personal protective equipment that may be needed to respond to Covid-19 — or that would be needed in any pandemic situation. The Food and Drug Administration says that Covid-19-related supply chain disruptions have led to at least one drug shortage already. Public health experts say that more will almost certainly follow. Federal officials, responding directly to the Covid-19 crisis, have also apparently failed to adhere to even the most basic principles of infection control. Americans expect more from their government. Experts have been warning about the importance of proper training, and the need to plan for equipment shortages and supply chain disruptions since at least the anthrax scare of 2001.

Invest in state health departments. They are the front line of every public health emergency, from vaping-related lung illnesses to resurgent syphilis to the opioid epidemic to Covid-19. They are underfunded and deeply strained, and the vast majority of them do not have the capacity to respond to a full-blown pandemic. They cannot do the work of rapid diagnosis and contact tracing, or promote public awareness and combat misinformation in real time, without financial and human resources. A 2019 reauthorization of The Pandemic and All-Hazards Preparedness Act, which includes state-level funding for public health emergencies, was a step in the right direction, but it was not enough to compensate for nearly two decades of steady funding cuts.

Fund federal health agencies. To wage the best fight against any pandemic, the country needs more than vaccines and medical supplies. It needs reliable diagnostics, advanced disease monitoring systems and sensible drug development. One of the most reliable ways to develop those things is through federal research and development. It's disconcerting that for every fiscal year of his presidency so far, Mr. Trump has called for deep cuts to the Centers for Disease Control and Prevention and the National Institutes of Health. He has also scaled back or shut down programs meant to study infectious diseases and prevent outbreaks in developing countries — including ones aimed at finding viruses like Covid-19 before they make the leap to humans.

Forget isolationism. One thing the current moment shows is the folly of presuming that viruses will respect borders — that they can be kept out by walls or wrangled into submission with good intentions. They cannot. Restricting and rescinding foreign health and development aid, pulling global health workers from outbreak zones abroad and undermining health care at home makes Americans more vulnerable to threats like Covid-19.

The best strategy for thwarting this epidemic, and for preventing the next, is to help other nations — wherever they are — fight humanity's common enemy over there before we have to fight it over here.