Something to Know - 15 October

Following up on yesterday's piece on our "Attorney General" and his curiously religious screed, Paul Krugman is here today to clarify what this is all about:   Please scroll through the blank blocks, because if I were to eliminate them, the Gremlins would win:
https://www.nytimes.com/2019/10/14/opinion/trump-william-barr-speech.html

Bigotry, both racial and religious, is the last refuge of a scoundrel. 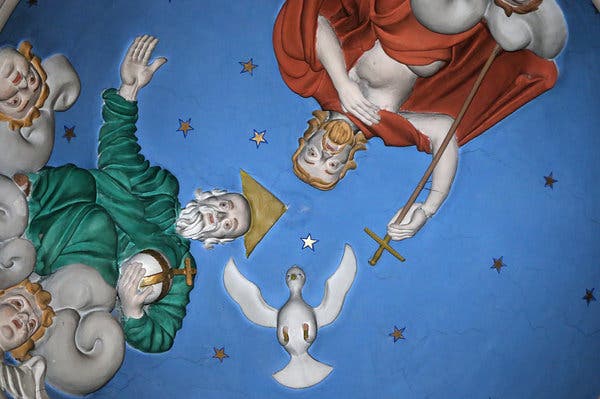 Listening to the speech William Barr, the attorney general, gave last week at the University of Notre Dame Law School, I found myself thinking of the title of an old movie: "God Is My Co-Pilot." What I realized is that Donald Trump's minions have now gone that title one better: If Barr's speech is any indication, their strategy is to make God their boss's co-conspirator.

Given where we are right now, you might have expected Barr to respond in some way to the events of the past few weeks — the revelation that the president has been calling on foreign regimes to produce dirt on his domestic opponents, the airport arrest of associates of the president's lawyer as they tried to leave the country on one-way tickets, credible reports that Rudy Giuliani himself is under criminal investigation.

Alternatively, Barr could have delivered himself of some innocuous pablum, which is something government officials often do in difficult times.

But no. Barr gave a fiery speech denouncing the threat to America posed by "militant secularists," whom he accused of conspiring to destroy the "traditional moral order," blaming them for rising mental illness, drug dependency and violence.

Consider for a moment how inappropriate it is for Barr, of all people, to have given such a speech. The Constitution guarantees freedom of religion; the nation's chief law enforcement officer has no business denouncing those who exercise that freedom by choosing not to endorse any religion. 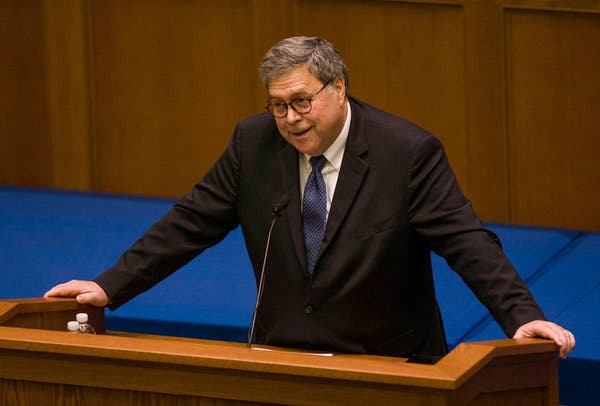 And we're not talking about a tiny group, either. These days, around a fifth of Americans say that they don't consider themselves affiliated with any religion, roughly the same number who consider themselves Catholic. How would we react if the attorney general denounced Catholicism as a force undermining American society?

And he didn't just declare that secularism is bad; he declared that the damage it does is intentional: "This is not decay. It is organized destruction." If that kind of talk doesn't scare you, it should; it's the language of witch hunts and pogroms.

It seems almost beside the point to note that Barr's claim that secularism is responsible for violence happens to be empirically verifiable nonsense. America has certainly become less religious over the past quarter century, with a large rise in the number of religiously unaffiliated and growing social liberalism on issues like same-sex marriage; it has also seen a dramatic decline in violent crime. European nations are far less religious than we are; they also have much lower homicide rates, and rarely experience the mass shootings that have become almost routine here.

So what's going on here? Pardon my cynicism, but I seriously doubt that Barr, whose boss must be the least godly man ever to occupy the White House, has suddenly realized to his horror that America is becoming more secular. No, this outburst of God-talk is surely a response to the way the walls are closing in on Trump, the high likelihood that he will be impeached for high crimes and misdemeanors.

Trump's response to his predicament has been to ramp up the ugliness in an effort to rally his base. The racism has gotten even more explicit, the paranoia about the deep state more extreme. But who makes up Trump's base? The usual answer is working-class whites, but a deeper dive into the data suggests that it's more specific: It's really evangelical working-class whites who are staying with Trump despite growing evidence of his malfeasance and unsuitability for high office.

And at a more elite level, while a vast majority of Republican politicians have meekly fallen in line behind Trump, his truly enthusiastic support comes from religious leaders like Jerry Falwell Jr., who have their own ethical issues, but have called on their followers to "render to God and Trump."

Patriotism, Samuel Johnson famously declared, is the last refuge of scoundrels. But for all his talk of America first, that's not a refuge that works very well for Trump, with his subservience to foreign autocrats and, most recently, his shameful betrayal of the Kurds.

So Trump is instead taking shelter behind bigotry — racial, of course, but now religious as well.

Will it work? There is a substantial minority of Americans with whom warnings about sinister secularists resonate. But they are a minority. Over all, we're clearly becoming a more tolerant nation, one in which people have increasingly positive views of others' religious beliefs, including atheism.

So the efforts of Trump's henchmen to use the specter of secularism to distract people from their boss's sins probably won't work. But I could be wrong. And if I am wrong, if religious bigotry turns out to be a winning strategy, all I can say is, God help us.