Something to Know - 9 July

In the fog and downwind smell of a country gone wrong, we are numbed by the antics and corrosive nature of Individual One and the rotten reach of the dysfunction as it creeps through our government.  With the reintroduction of Jeffrey Epstein into the Federal Justice System, there is an opportunity to right what has gone wrong.  Hopefully, as the Southern District of New York goes about what it does best, it will reveal and start the take down that we are all hoping for.  Please keep scrolling through the blank formatting blocks to get the story.
https://www.nytimes.com/2019/07/08/opinion/jeffrey-epstein-trump.html?searchResultPosition=1

Jeffrey Epstein Is the Ultimate Symbol of Plutocratic Rot 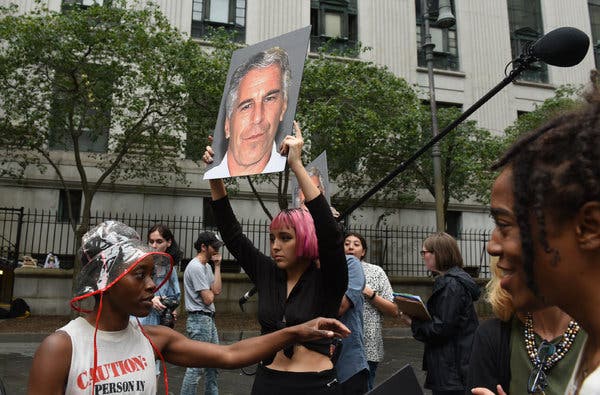 In 2003, the journalist Vicky Ward profiled Jeffrey Epstein, the financier indicted Monday on charges of sexually abusing and trafficking underage girls, for Vanity Fair. Her piece painted him as an enigmatic Jay Gatsby type, a boy from a middle-class family in Brooklyn who had scaled the rungs of the plutocracy, though no one could quite figure out how he made his money. It detailed dubious business dealings and mentioned that Epstein often had lots of beautiful young women around. But it left out Ward's most important finding.

Twelve years later, in The Daily Beast, Ward wrote about how, in the course of her reporting, two sisters allegedly preyed upon by Epstein, as well as their mother, had spoken to her on the record. But shortly before the story went to press, Ward wrote, the Vanity Fair editor Graydon Carter cut that section, saying, of Epstein, "He's sensitive about the young women." (In a statement on Monday, Carter said Ward's reporting hadn't been solid enough.)

Over the last couple of months, Ward told me, she's started going through transcripts of the interviews about Epstein she did more than 16 years ago. "What is so amazing to me is how his entire social circle knew about this and just blithely overlooked it," she said of his penchant for adolescents. While praising his charm, brilliance and generous donations to Harvard, those she spoke to, she said, "all mentioned the girls, as an aside."

On Saturday evening, more than a decade after receiving a sweetheart plea deal in an earlier sex crime case, Epstein was arrested after getting off a private flight from Paris. He has been accused of exploiting and abusing "dozens" of minor girls, some as young as 14, and conspiring with others to traffic them. Epstein's arrest was the rare event that gratified right and left alike, both because it seemed that justice might finally be done, and because each side has reason to believe that if Epstein goes down, he could bring some of its enemies with him.

Both sides are likely right. The Epstein case is first and foremost about the casual victimization of vulnerable girls. But it is also a political scandal, if not a partisan one. It reveals a deep corruption among mostly male elites across parties, and the way the very rich can often purchase impunity for even the most loathsome of crimes. If it were fiction, it would be both too sordid and too on-the-nose to be believable, like a season of "True Detective" penned by a doctrinaire Marxist.

[Listen to "The Argument" podcast every Thursday morning, with Ross Douthat, Michelle Goldberg and David Leonhardt.]

Epstein socialized with Donald Trump, who in 2002 described him to New York Magazine as a "terrific guy" whom he'd known for 15 years. "It is even said that he likes beautiful women as much as I do, and many of them are on the younger side," said the future president. In 2000, a porter who worked next door to Epstein's Manhattan home told a British newspaper, admiringly, "I often see Donald Trump and there are loads of models coming and going, mostly at night. It's amazing." 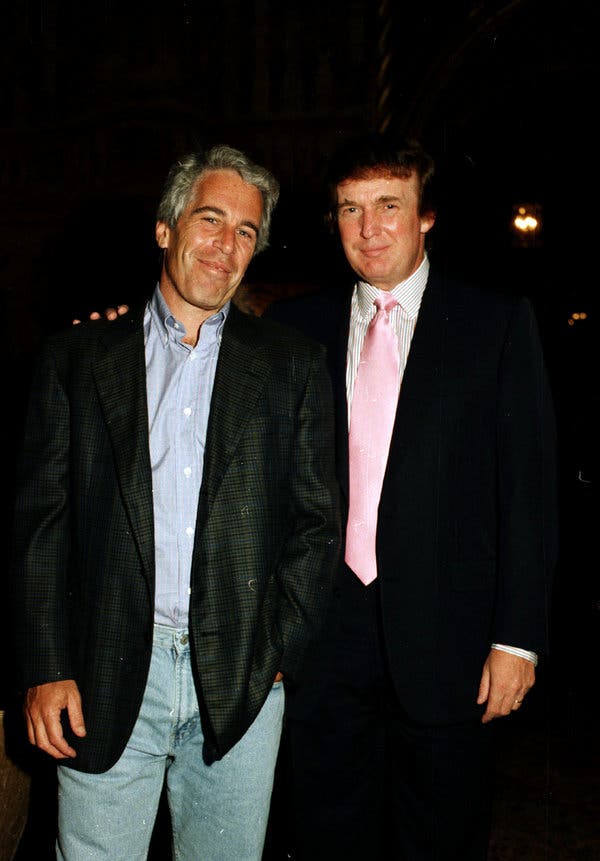 Epstein also hung out with Bill Clinton, who rode on his jet several times. Ghislaine Maxwell, a close companion of Epstein who has been accused of working as his procurer, attended Chelsea Clinton's wedding in 2010, long after Epstein's exposure. Following his arrest on Saturday, Christine Pelosi, daughter of House Speaker Nancy Pelosi, tweeted, "It is quite likely that some of our faves are implicated but we must follow the facts and let the chips fall where they may."

Among the mysteries of the Epstein case are why powerful prosecutors of both parties treated him with such leniency. Alexander Acosta, now Trump's labor secretary, was the federal attorney who oversaw the deal Epstein received in 2008. Though facing potential federal charges that could have put him away for life, Epstein was allowed to plead to minor state charges instead, an arrangement that was kept secret from his victims. He served 13 months in a county jail, where he got to spend six days a week in his office on work-release. In February, a judge ruled that Acosta's team's handling of the case violated the Crime Victims' Rights Act. (Naturally, Acosta still has his job.)

After Epstein served his time, he had to register as a sex offender. Inexplicably, the Manhattan district attorney's office, under Democrat Cyrus Vance Jr., asked a judge to downgrade Epstein's sex offender status from Level 3, the most serious, to Level 1, the least. The judge, stunned, refused. "I am a little overwhelmed because I have never seen a prosecutor's office do anything like this," she said.

In a detention memo submitted on Monday, federal prosecutors outlined some of the evidence seized from a search of Epstein's house on Saturday night. It included hundreds — possibly thousands — of sexually suggestive photographs of girls who appear underage, as well as hand-labeled compact discs with titles like "Girl pics nude," and, with the names redacted, "Young [Name] + [Name]."

It seems, at first, astonishingly reckless for Epstein not just to allegedly keep such material, but to keep it in Manhattan, instead of, say, on his private Caribbean island. Maybe, however, it's simply a sign of how protected he felt. "In my mind there has always been this huge question mark: What is Jeffrey Epstein's leverage?" Ward said. If we find out, we'll know just how rotten our rulers really are.