Something to Know - 16 November 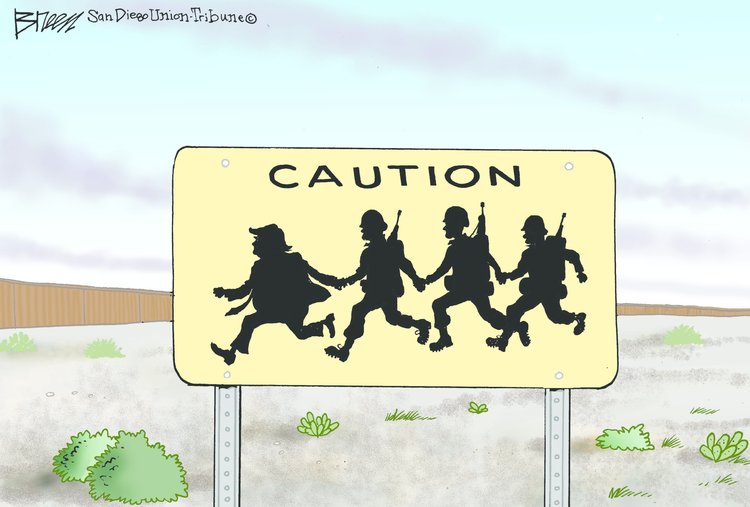 It is now evident to me that the decline of Trump is now trending quickly to the eventual outcome that is similar to Nixon's storyline.  The midterm results resulted in a referendum on Trump.   Mueller is closing in on the oval office with the gathering of evidence, and has given the president a list of questions to answer.   GOP leaders are showing a willingness to accept the fact that the fear-monger-in-chief is no longer in charge.   The next two weeks will set the stage for the gradual diminishment of power of the GOP in Congress that Trump has had in the past.  I hope that there are alliances and groups inside the beltway who are poised to step in should the commander in chief attempt to do something rash and very dangerous.  Rather than figure out how to punish Trump and waste valuable time, the Democrats in the House should methodically craft the steps to be taken to roll back the damage that has been done to destroy the administrative state of our government and re-institute the grave damage that has been done.    The serious and sober workings of government need to be demonstrated so that the citizens of this country can understand what it is that government does and why it does it.  Leave the petty political wars behind.  Let the Judiciary Committee lead the way to reasserting good governance is the repair of the executive branch.   If I could offer suggestions on what the priority of business should be, it is:  (1) Ensure that the 2020 census is fully funded, and also not let that stupid and unconstitutional and illegal question of "Citizenship" not see the light of day on the census form, (2) Consider a standardization of oversight on any Federal elections - midterm and general - be instituted.  Elections with standard ballot formats, standards for voter registration, and early voting, and how votes are counted need to be put in place.   Why should votes by mail be counted last when they are the first to be submitted.   They should be counted when received, but not posted until the closing hours on election night.  As more and more voters vote by mail and vote early, we need to take advantage of this and stay ahead of the curve.  Give citizens of this country confidence in the registration of voters and the voting process.   Once we get this completed, then we can go on to other items such as revisiting the Voters Rights Act and Civil Rights, and completing the tasks necessary that level the field for all Americans.  First things first.  (ps - yes that was our son on the PBS News Hour last night)

How Trump Is Worse Than Nixon

The current president is pushing closer to fascism than even the man behind Watergate.

When President Richard Nixon decided in late October 1973 to force out the attorney general and replace him with someone who would fire the special prosecutor haunting his life, he went through the chain of command until he got to the third person in line, the solicitor general, who did the deed. Now here we are again, with another president wanting to be rid of an investigation by a special counsel that threatens his presidency.

But rather than follow the regular order, as Nixon had, President Trump selected as acting attorney general a lackey who had been chosen as chief of staff to the attorney general because of his TV appearances as a private citizen in which he echoed the president's position on the special counsel's investigation into Russia's role in the 2016 election. Among other things, he'd parroted Mr. Trump's obsessive line, "There was no collusion." It has been broadly assumed that this man would, one way or another, end the special counsel's investigation.

Whether, as some legal scholars argue, Mr. Trump's choice was unconstitutional, since the new acting attorney general has never been confirmed by the Senate, or was simply unwise since his choice was blatantly self-serving, the differences in the ways the two presidents have approached getting rid of an inconvenient prosecutor are informed by their different backgrounds.

Nixon, a lawyer who had been a member of the House of Representatives, a senator and a vice president, was more accepting of the political order. Mr. Trump, with no government experience, and little knowledge of how the federal government works, has been a free if malevolent spirit, less likely than even Nixon to observe boundaries.

As president, Nixon tried to bend the constitutional and political systems to his will. He interfered in the Democratic Party's process for picking his future opponent. And he challenged the separation of powers — setting off the constitutional crisis that Watergate was. But as far as Nixon moved toward fascism, Mr. Trump has been going further.

This isn't to suggest that Nixon was a sweetheart, or meek in his efforts to save himself. But his background as a creature of the establishment inhibited his actions.

One systemic and critical difference between Nixon's situation and Mr. Trump's is that Nixon faced a Democratic Congress, while Mr. Trump has enjoyed a completely Republican-controlled one. (That changes when the Democrats take control of the House in January.) Under Mr. Trump there has been more reluctance to allow top figures to testify before congressional committees than there was under Nixon.

Each president tried to stir up public impatience with his perceived persecution and thus pressure investigators to hurry up, but Mr. Trump makes Nixon look like a pussycat.

Nixon officials were prone to saying things like, "Enough wallowing in Watergate," while, for example, in early August, Mr. Trump tweeted, "This is a terrible situation and Attorney General Jeff Sessions should stop this Rigged Witch Hunt right now." Mr. Trump has done much more than Nixon did in trying to damage public trust in whatever their prosecutors might come up with.

Mr. Trump's allies among Republican leaders of House investigatory committees have sought to undermine the jobs of not just the special counsel but also key figures in the Justice Department and the F.B.I. Such goings-on didn't happen in Watergate.

Mr. Trump has other structural advantages over Nixon. Nixon's base nearly melted away in the face of evidence of his guilt in a cover-up. Mr. Trump's base has yet to be so tested, but it's larger and more cohesive than Nixon's. And Nixon had nothing remotely like the propaganda organ that Mr. Trump has in Fox News. (There was no cable TV in Nixon's time.)

Though both men have shown hatred of the press, Mr. Trump has gone much further by encouraging violence against it. And, as far as we know, Mr. Trump has been less prone than Nixon to using levers of the bureaucracy to punish his perceived "enemies," but he may be catching up. For example he appears to have moved to raise postal rates to hurt Amazon, whose owner, Jeff Bezos, also owns The Washington Post.

The big question is whether there will turn out to be a major difference between the two men when it comes to honoring the decisions of the law, or of the public. Nixon shied from challenging John F. Kennedy's narrow electoral victory in 1960 not out of magnanimity but because he concluded he couldn't make the charge of fraud stick. Mr. Trump, as we're seeing, needs no evidence before charging election fraud.

When the Supreme Court ordered Nixon to turn over the White House tapes, he obeyed. And after Republican elders went to the White House to tell him that he lacked the political support to survive as president, Nixon yielded to their implication that he should leave office. Nearly impossible as it is to imagine a similar scene involving the current president and his pusillanimous party, Mr. Trump has given us reason to wonder whether he would defer to legal findings against him or even to a re-election loss in 2020 — if, that is, he's still in office then.

Elizabeth Drew, a political journalist who covered Watergate for The New Yorker, is the author of "Washington Journal: Reporting Watergate and Richard Nixon's Downfall."