Re: Something to Know - 1 June

If you google "Trump's signature"  you will get left and right wing graphologists,  the former emphasizing a pathological, violent, domineering nature, the latter praising it for strength and decisiveness.    Is this a job for George Lakoff? 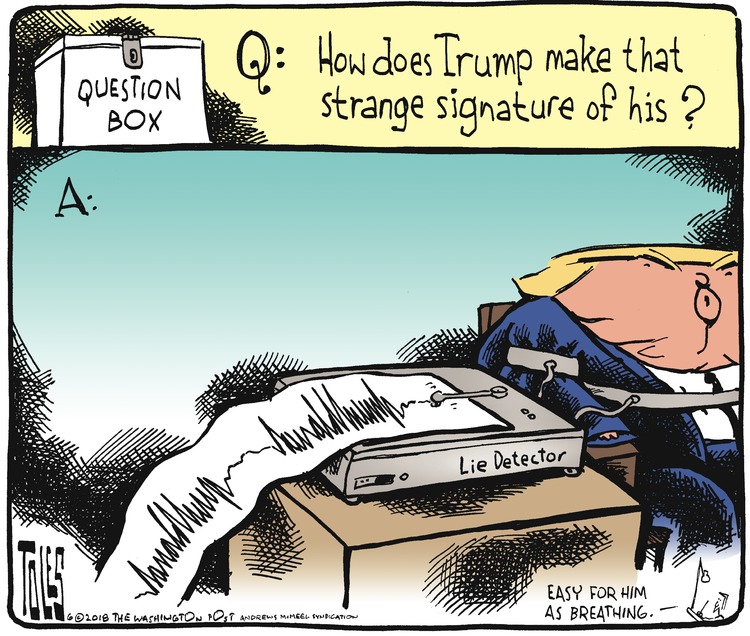 A common topic these days concerns the makeup of the current Democratic Party.  Where is it going and who is driving it.   Well, here is something to observe and reason with.  Lately, it has been the women and younger millennials (younger than what is perceived to be the power brokers).    If the Democrats are going to wage the necessary force to take back what has been lost, read here and take heed:

In May, three young progressive women running for the state Legislature in Pennsylvania, each endorsed by the Democratic Socialists of America, won decisive primary victories over men heavily favored by the political establishment. Two of the women, Summer Lee, 30, and Sara Innamorato, 32, ousted incumbents, the distant cousins Dom Costa and Paul Costa, members of an iconic Pennsylvania political family.

Elizabeth Fiedler, 37, announced her run three months after giving birth to her second child, and she had a nursery in her Philadelphia campaign office so other parents could drop off their kids before canvassing shifts. Talking to voters, she spoke of depending on Medicaid and CHIP for her kids' health insurance, and of the anxiety she felt during two weeks when their insurance lapsed.

Lee was open about the more than $200,000 in student loans that have weighed on her since graduating from law school, which gave her a visceral sense, she told me, of the "need for free, quality education for everybody." (An African-American woman running in a largely white district, she ended up with 68 percent of the vote.) Innamorato spoke about how her father's opioid addiction had pushed her and her mother from the middle class. "I've lived the struggles of my district," she told me. 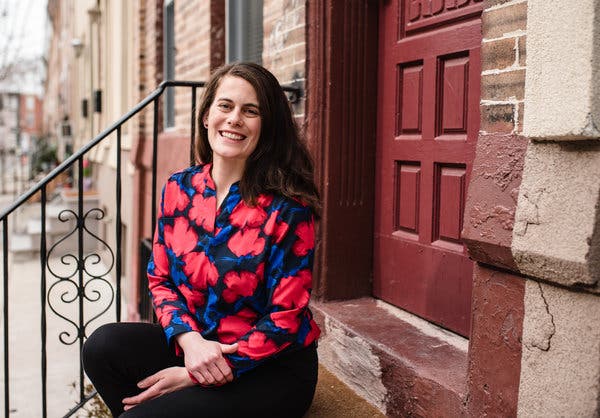 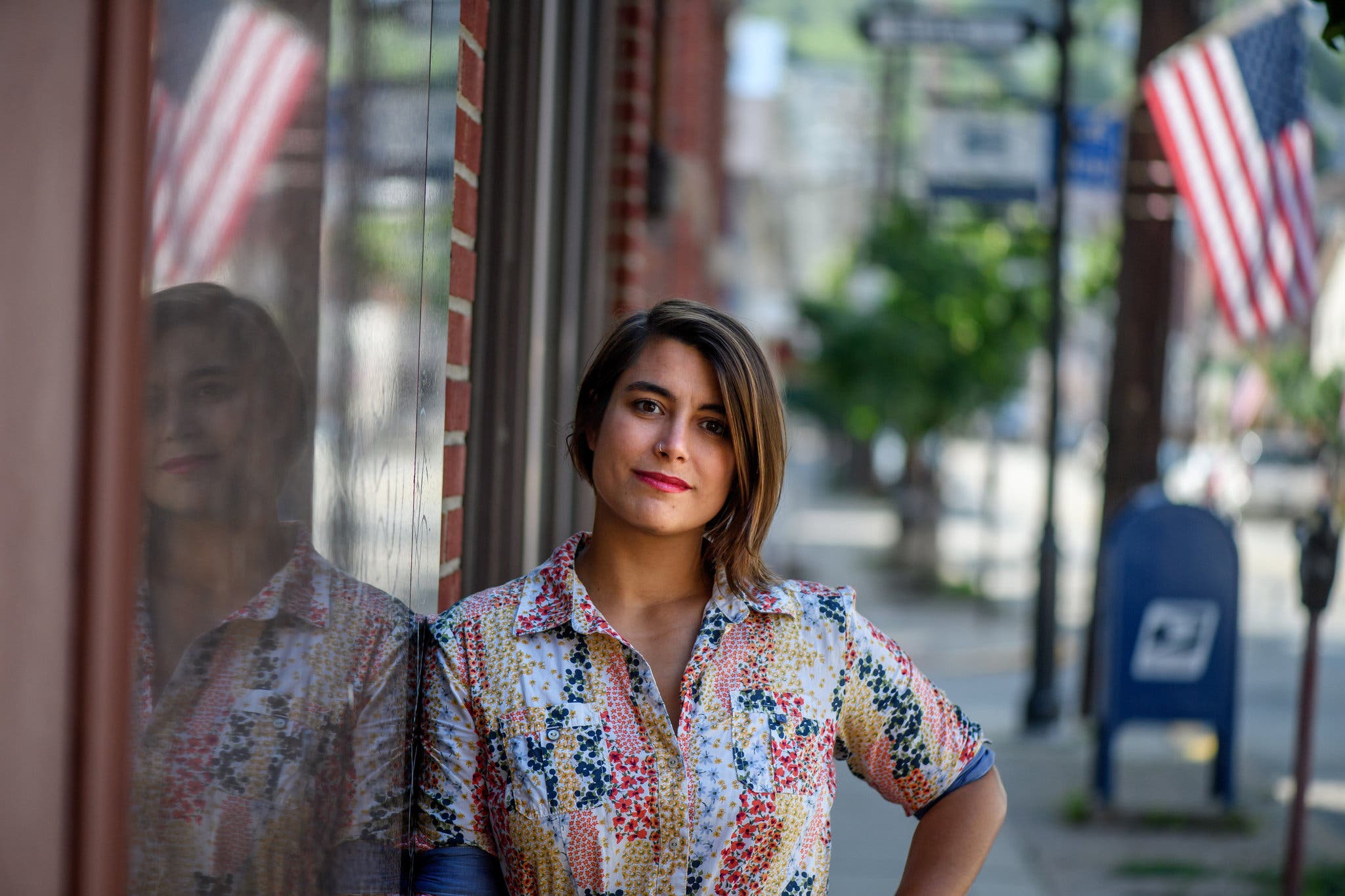 Sara Innamorato, a Democratic Socialist, has won the Democratic Party's nomination for State Representative in her district in Pittsburgh, Pennsylvania.CreditJeff Swensen for The New York Times


Their races were part of a grass-roots civic renewal that is happening across this country, something that is, for me, the sole source of optimism in this very dark time. Marinating in the news in New York City, I'm often sick with despair. An authoritarian president of dubious legitimacy and depraved character is poised to remake America for generations with a second Supreme Court pick. The federal government is a festival of kleptocratic impunity. Kids the same age as my own are ripped from their migrant parents. 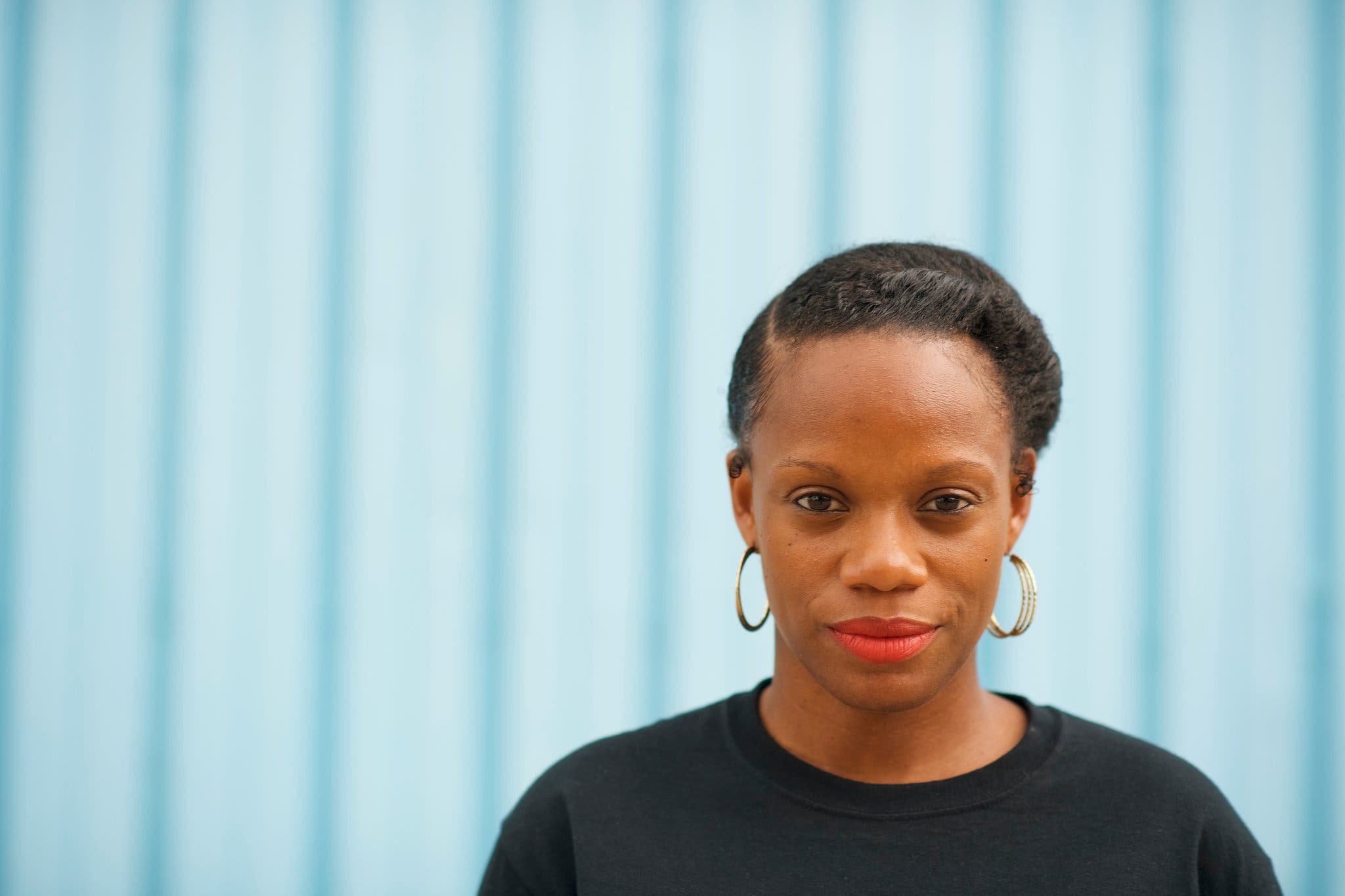 Summer Lee defeated a longtime incumbent for a State Senate seat, in her neighborhood of Swissvale, Penn.CreditMark Makela for The New York Times

But all over the nation, people, particularly women, are working with near supernatural energy to rebuild democracy from the ground up, finding ways to exercise political power however they can. For the middle-aged suburbanites who are the backbone of the anti-Trump resistance, that often means shoring up the Democratic Party. For younger people who see Donald Trump's election as the apotheosis of a rotten political and economic system, it often means trying to remake that party as a vehicle for democratic socialism.

Today, the victories of Lee, Innamorato and Fielder look like a portent. On Tuesday, a similar pattern played out on a grander scale in New York City, when Alexandria Ocasio-Cortez, a 28-year-old democratic socialist, shook the Democratic Party by toppling Joseph Crowley, a 19-year incumbent, chairman of the Queens County Democratic Party and potential heir to House minority leader Nancy Pelosi. Weeks before the election, Crowley's own polling showed him up by 36 percentage points. Ocasio-Cortez ended up winning by 15. 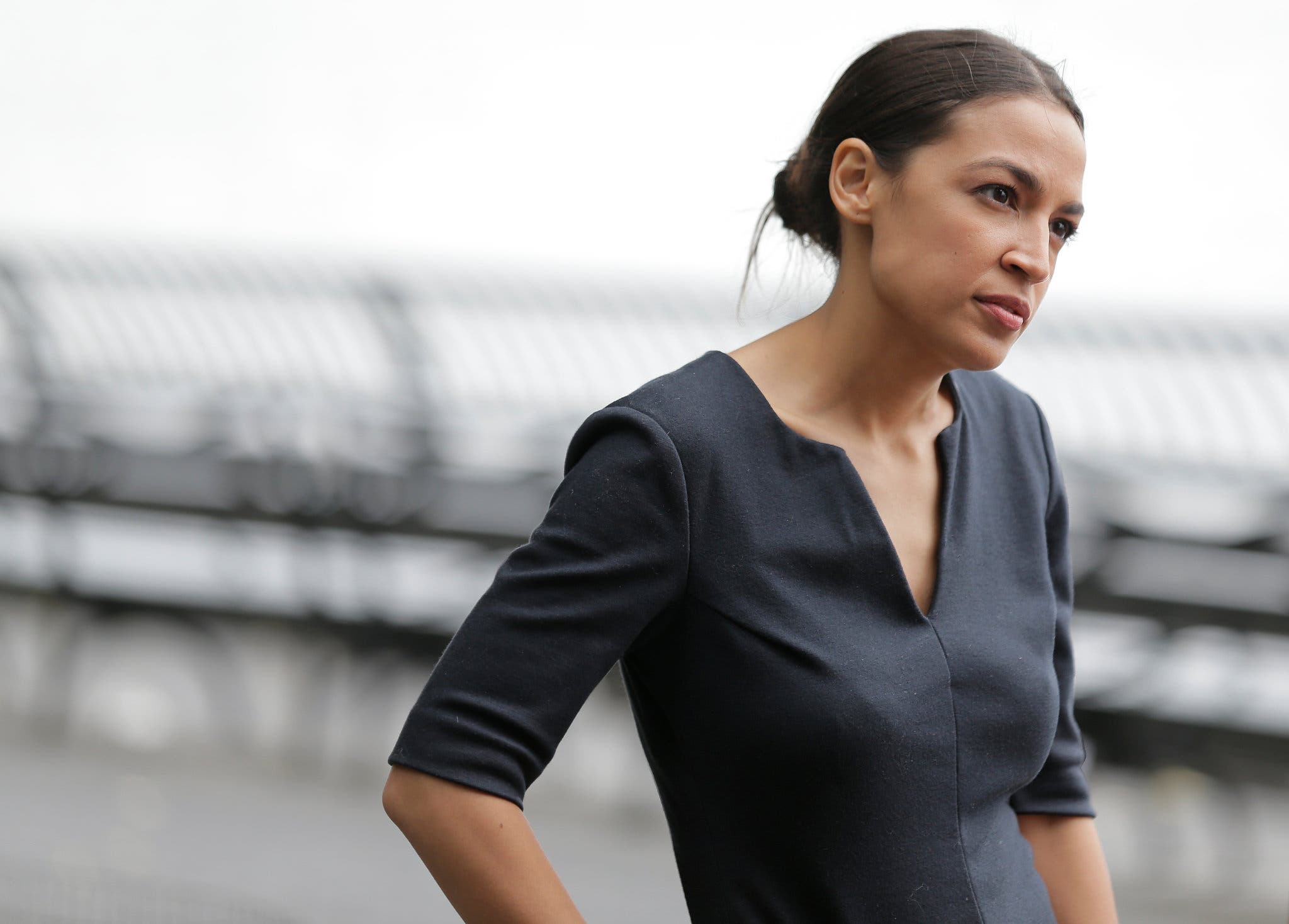 She did it the same way as the women in Pennsylvania — by mobilizing scores of volunteers and connecting with voters one-on-one. "There were folks on the ground there for months without any national attention, talking to people at the subway stops," said Zephyr Teachout, a candidate for New York attorney general who endorsed Ocasio-Cortez in May.

Given the overwhelmingly Democratic makeup of her district, Ocasio-Cortez will almost certainly win the general election. Neither Lee, Fiedler nor Innamorato is facing a serious Republican challenger, so they are set to become legislators as well.

On Twitter, Trump has fantasized about a red wave that will sweep even more Republicans into power in November and reinforce his rule. But the real red wave may be democratic socialism's growing political influence, especially among young people. "She really showed that you can run on these issues and win," Maria Svart, national director of the Democratic Socialists of America, said about Ocasio-Cortez's platform, which includes Medicare for All, abolishing the United States Immigration and Customs Enforcement agency, and a federal jobs guarantee.

The D.S.A., to which Ocasio-Cortez belongs, is the largest socialist organization in America. Its growth has exploded since the 2016 election — when, of course, avowed democratic socialist Bernie Sanders ran in the Democratic primary — from 7,000 members to more than 37,000. It's an activist group rather than a political party, working with Democrats in the electoral realm while also agitating against injustice from the outside.

Many of the D.S.A.'s goals, reflected in Ocasio-Cortez's platform, are indistinguishable from those of progressive democrats. But if the D.S.A. is happy to work alongside liberals, its members are generally serious about the "socialist" part of democratic socialist. Its constitution envisions "a humane social order based on popular control of resources and production, economic planning, equitable distribution, feminism, racial equality and non-oppressive relationships."

'A Powerful Signal of Recessions' Has Wall Street's Attention

Talk of popular control of the means of production is anathema to many older Democrats, even very liberal ones. It plays a lot better with the young; one recent survey shows that 61 percent of Democrats between 18 and 34 view socialism positively. The combination of the Great Recession, the rising cost of education, the unreliability of health insurance and the growing precariousness of the workplace has left young people with gnawing material insecurity. They have no memory of the widespread failure of Communism, but the failures of capitalism are all around them.

The D.S.A. alone neither claims nor deserves sole credit for the victories of candidates it endorses. Many groups came together behind Ocasio-Cortez, including the populist Brand New Congress and local chapters of the resistance group Indivisible. Nor was the D.S.A. the prime mover behind the Fiedler, Lee and Innamorato wins, though it helped in all of them.

Indeed, while there's a lot of talk about an ideological civil war among Democrats, on the ground, boundaries seem more fluid. In Pennsylvania recently, I met with moderate suburban resistance activists who'd volunteered for Innamorato, thrilled to support a young woman who could help revitalize the Democratic Party.

Barry Rush is a 63-year-old retiree who used to vote for both Democrats and Republicans, but who, horrified by Trump, now devotes himself full time to a liberal group called Progress PA. His main concern is electing Democrats — "I'm gonna pull the Smurf lever till this gets fixed," he says of voting blue — and he knows that the Democratic Party needs young people. He was heartened by all the millennials at Innamorato's victory celebration: "There were 500 kids there!" he said. It gave him hope for his grandkids.

The young members of the D.S.A., meanwhile, are hopeful because their analysis helps them make sense of the Trump catastrophe. They often seem less panicked about what is happening in America right now than liberals are, because they believe they know why our society is coming undone, and how it can be rebuilt.

"The Trump disaster is that everyone feels threatened individually, and feels like they have to fight Trump and fight this administration," Arielle Cohen, the Pittsburgh D.S.A.'s 29-year-old co-chair, told me as I sat with her and two other chapter leaders in a small coffee shop in the city's East End. "And socialists are saying, this has actually been going on for a long time. It's not just Trump. It's not just who's in office."

There is a strange sort of comfort in this perspective; the socialists see themselves as building the world they want to live in decades in the future rather than just scrambling to avert catastrophe in the present.

Talking to Cohen and others from the D.S.A.'s Pittsburgh chapter, which has more than 620 members, I was struck by the work they put into building community. On some days that public schools are closed, the D.S.A.'s socialist-feminist committee puts on all-day events with child care and free lunches. Like several other chapters, the Pittsburgh D.S.A. holds clinics where members change people's burned-out car brake lights for free, helping them avoid unnecessary police run-ins while making inroads into the community. A local mechanic named Metal Mary helped train them.

Democratic socialist chapters have constant streams of meetings and social events, creating an antidote to the isolation that's epidemic in American life. "Everything is highly individualized, and it is isolating," Svart said. "People are very, very lonely. Suicide rates have gone up astronomically. And we do create a community for folks." This fusion of politics and communal life isn't so different from what the Christian right has offered its adherents. Such social capital is something no amount of campaign spending can buy.

After Ocasio-Cortez's win, Pelosi denied Republican claims that socialism is ascendant in the Democratic Party. It's hard to blame her for being defensive, since for generations "socialist" was considered a slur, and it's one that's hurled at Democrats indiscriminately. But I think she's wrong. There are more candidates like Ocasio-Cortez out there, and the Democrats should welcome them. It needs their youth and zeal and willingness to do the work of rebuilding the party as a neighborhood institution. And they're coming, whether the party's leadership likes it or not.

In Pennsylvania, unlike many other states, being a state legislator is a full-time job. When I met Lee a month after her victory, she was thinking about all she needed to learn once she gets to Harrisburg, the capital. But she was also confident that she and others like her are ready to remake the Democratic Party.

"If what we did here in Pennsylvania shows anything, it's that we can do that," she said. "We can go up against the establishment. We can support our own candidacies. We can run positive campaigns. We can do all that, and we can actually win. And then we can do it again, and we can do it everywhere."

--
Something to Know is made from a collection of recommended readings for political junkies and people interested in journalistic adventures. Currently, there are over 105 readers on this list, and you are one of them.
Any comments, suggestions, or ideas can be sent to the owner of this group: www.thejuanpercent.com If you desire to see archived mailings, the Santa Monica News Bureau maintains www.thejuanppercent.com for back issues and a readable format for small screens.
---
You received this message because you are subscribed to the Google Groups "Something to know" group.
To unsubscribe from this group and stop receiving emails from it, send an email to something-to-know+unsubscribe@googlegroups.com.
To post to this group, send email to something-to-know@googlegroups.com.
For more options, visit https://groups.google.com/d/optout.