Something to Know - 2 June 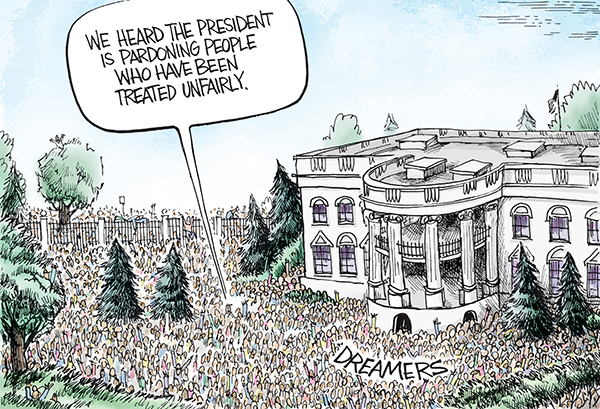 When one begins working for a living, one of the last things on his or her mind is retirement benefits.  Later in life, and retirement nears, or the realization that one will not be working much longer, "retirement" and all it means becomes very important.  Those of us who have Social Security benefits realize that any retirement program that we cultivated while working is very important when we no longer work.   This article addresses the issue of those employees who have had NO retirement program along the way, and are not as well off as others who did.  Social Security alone bare-bones at best.   The State of California and others have developed a savings program that encourages young workers to start early in their young working years - it is called CalSavers.   And, wouldn't you know it, there are people who think it is a bad idea because their thinking is that young people should be able to working out their own private program by themselves without the "nanny-state", and there are plenty of private programs they can sign up with.   Well, anyone who has been around, knows that young people do not always make good decisions, and would opt out of car insurance, health insurance, and any other program if they could.   One of the best features of CalSavers is that it is portable, and people who work for several different employers (as most do now) in their working years can continue to belong to the retirement program throughout their working years.    This program is one of the best ideas to come out of the "nanny state" in a long time.   On the long run it will be better for all.   The retirees will enjoy a more sustainable life, and there will be fewer people dependent on social programs and less of problems for the state.
http://www.latimes.com/business/la-fi-jarvis-calsavers-20180531-story.html#nws=mcnewsletter

A California anti-tax group is suing California Treasurer John Chiang as it tries to put the kibosh on a program that would provide retirement savings accounts to millions of California workers whose employers don't offer a pension or 401(k).

In a lawsuit filed Thursday in federal court in Sacramento, the Howard Jarvis Taxpayers Assn. — which championed the landmark property tax law Proposition 13 and continues to fight tax measures — argues that the retirement savings program is illegal under federal law and should be stopped before workers start signing up for accounts next year.

Beyond that narrow argument, association President Jon Coupal said he believes the savings program — called CalSavers — is a "massive government boondoggle" waiting to happen. He also said workers who want retirement accounts are free to open them on their own without the state's help and suggested that workers not saving for retirement are acting irresponsibly.

"This is Big Brother government coming down and saying, 'You shall do this,'" he said. "I think most people are focused on their retirement funds. There are some who are irresponsible. We believe in a society that does impute some degree of personal responsibility on individuals to look out for their own interests."

Chiang called the lawsuit shortsighted and said his office will continue working on the program, which is set to debut in a small pilot program this year before launching statewide next year.

The CalSavers program, originally called California Secure Choice, was approved by the state Legislature in 2016 and would offer a state-run retirement account to the estimated 6.8 million California workers who are not offered a pension or 401(k) account through their employers.

Companies with more than five employees would have to sign their workers up for CalSavers if they do not offer their own savings plan. Workers would automatically have between 2% and 5% of their pay deposited into a CalSavers account unless they opt out.

The GOP is trying to kill California's new private-sector retirement plan. State officials vow to push ahead
MAY 10, 2017 | 2:30 PM

"It's not to the taxpayers' benefit to have a bunch of employees suddenly without their retirement benefits they have promised, because that leaves the taxpayers at risk," he said.

The Investment Company Institute, one of a few Wall Street trade groups that lobbied against the program, raised that concern in a letter urging Gov. Jerry Brown to kill the program. Investment trade groups also argued that state-run programs would provide unfair competition and "crowd out" private plans.

Any comparison to public pension funds is a red herring, he said, noting that by law CalSavers cannot rely on public funding other than a start-up loan that will be repaid over the program's first several years.

"CalSavers won't cost the state or taxpayers a single dime, nickel or penny," he said.

"We see no need for another state program when there are readily available all kinds of alternatives for private-sector employees to … open up their own" individual retirement accounts, he said.

But backers of the program, including Chiang and former state Senate leader Kevin de León (D-Los Angeles), the author of the legislation that created CalSavers, say the program is necessary because most workers don't set up retirement accounts on their own.

Only about 10% of all workers contribute to a plan outside of work, and about 39 million U.S. workers aren't offered a pension or 401(k) by their employer, according to the U.S. Department of Labor.

Most workers are eligible for Social Security, but that won't provide enough income for many retirees. The National Institute on Retirement Security estimated in 2013 that about 40% of American households have no retirement savings and that Americans have saved $6.8 trillion less than they will need in retirement.

Chiang called the lack of retirement savings a crisis that "will soon degenerate into a humanitarian catastrophe," foreseeing a situation where retirees without savings become "wards of the state wholly dependent on public assistance for their most basic needs."

De León said if Coupal and the taxpayers association are worried about the risk to taxpayers, they should consider what might happen if workers don't boost their retirement savings and state lawmakers are pushed to boost spending on safety-net programs.

"We have senior citizens who won't have enough to pay for their roof, for their medication, for their food," he said. "That's when the state and federal government are going to have to intervene. The taxpayer will ultimately end up footing the bill."

Though Coupal takes issue with the state's involvement in the retirement savings market and in potential state obligations, the lawsuit itself makes a narrower argument, saying that the CalSavers program falls under the jurisdiction of a federal retirement savings law called the Employee Retirement Income Security Act, or ERISA, that governs pensions and other employer-sponsored plans.

If that's the case, employers could be on the hook for a raft of administrative and compliance work and potentially be liable if the savings program is mismanaged.

Chiang said he expected a lawsuit over this issue, which was made more likely by actions taken last year by Congress.

Several states working on similar savings programs asked the Department of Labor under the Obama administration to specify that state-managed retirement savings programs would not be subject to ERISA. The department obliged, but Congress repealed the rule last year.

Officials in California, Oregon, Illinois and other states plan to press ahead anyway, saying the new rule was helpful but not legally necessary. They point to a 1975 Department of Labor rule that said certain savings plans are exempt from ERISA if they meet certain requirements — ones that CalSavers and other programs have been structured to meet.

Marcia Wagner, a Boston attorney who specializes in ERISA law, said that the repeal complicates the issue but that states still have a reasonable argument that CalSavers and similar plans don't fall under ERISA. De León said he's confident the lawsuit won't stop the program.

The lawsuit comes a day after CalSavers, which is run by a board within the state Treasurer's office, started seeking investment firms to manage the retirement savings program. If the program rolls out as planned, the state will run a small pilot program later this year with a limited number of employers and then launch statewide in 2019.

In its lawsuit, the Howard Jarvis Taxpayers Assn. notes that it has between five and eight workers and does not offer a retirement plan to its employees, meaning it would eventually have to participate in the CalSavers plan if its lawsuit is not successful.

"We offer a very good medical plan, but no retirement plan," Coupal told the Los Angeles Times. "I think every single one of our employees has an IRA."