Something to Know - 17 June 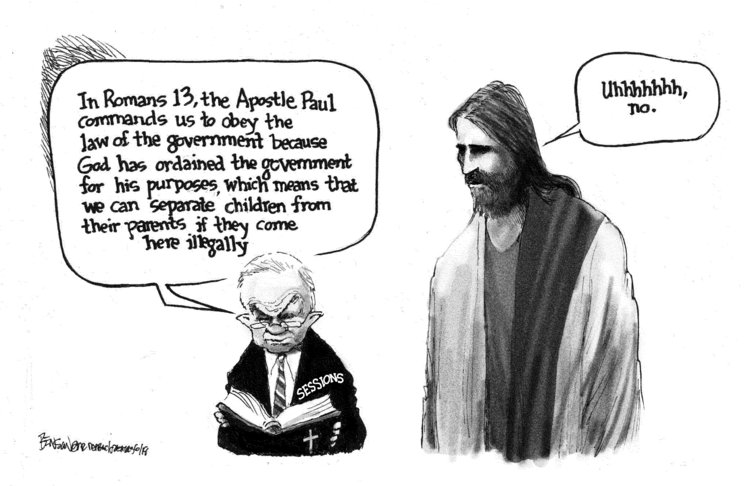 Yesterday, I caught the last 20 minutes of the soccer matchup between Argentina and Iceland.  Surprisingly, the score was tied (like Argentina is an awesome power and Lionel Messi is the Lebron James of the sport).  It ended in a tie, and what I did see was a slick and extremely talented Argentine team held to a tie by a bunch of large Nordic guys.  Today, I am reading the New Yorker's take on the game, and it all makes sense now.  I tuned into the TV match because a bunch of us are going to visit Iceland this summer, and I was just trying to get a feel for the country.   Now, I hear that the Mexicans beat the Germans for the first time ever in World Cup matches.   This action is a pleasant alternate to the horrible and corrupt news engineered by the Supreme Tangerine.

High summer in Reykjavik: temperatures in the forties; a driving rain. Gathering in a square in the city center to watch Iceland take on Argentina in its first ever World Cup, people wore parkas. By the time the match began, my hands were numb. After about ten minutes, a bedraggled bride-to-be—mascara smeared, water dripping from her curled hair—straightened her tiara and declared that the party was moving to a bar. The crowd parted to let the girls go. Then it closed. The rain grew more persistent, and, as the bodies huddled closer, the temperature rose.

On the screen, Iceland briefly gained possession—a rare occurrence—and the chant began. "eeeeees-land! eeeesland!" Every time a man in a white uniform poked the ball away from Argentina, or every time the great Lionel Messi failed to capitalize on a chance, the crowd erupted as if Iceland had scored. With Argentina dominating possession, there weren't many other chances for cheering. It didn't matter. In Iceland, survival is sometimes as impressive as a goal.

Ascribing national character traits to national soccer teams is irresistible. Everyone knows the story of Iceland by now, the story of how a country with a tiny population (roughly four per cent the size of New York City) transformed itself from one of the worst teams in the world into one of the most beloved, if not quite one of the best. There are countless stories about how the team's coach is a former dentist who still moonlights in his old practice—for relaxation, he claims. The goalie is a former film director, and one of the players is a part-time salt packer. Every story includes an account of how the team's most loyal fans gather with the coach at a local bar before games, where he reveals the lineup and secret game plan, turning fandom into a kind of sacred trust. It is well known, too, how the nation built state-of-the-art training centers around the country, trained scores of coaches, and cultivated a culture of hard work and teamwork, a closeness born of familiarity and necessity.

How much pressure could they withstand? Nearly every third word out of the announcer's mouth seemed to be Messi; it was the only word in the sing-song Icelandic voices around me that I could pick out. But it was the striker Sergio Agüero who freed himself nearly twenty minutes in, corralled the ball, and struck a slightly off-balance shot with his left foot, and scored. The crowd reacted with disappointment, but only just. Argentina was a great soccer power; Argentina had Messi; Iceland had the friendly dentist and salt packer and film director and some impressive beards. Besides, it all seemed part of the plan, like the rain and the cold—because within five minutes Iceland scored its first ever World Cup goal.The oft-repeated moral of Iceland's story is how it turned weakness into strength. Smallness became tightness. A folkloric bent gave rise to a new tradition, the breathtaking unison of the Viking clap. The weather and isolation made for toughness. The exploding popularity of the team among non-Icelanders mirrored the nation's popularity with tourists. There was even something about the team's strategy of holding back, withstanding the opposing team's relentless pressure, and then suddenly organizing into a quick and lethal counterattack that seemed emblematic of the country's unique landscape: the monotonous moonscape interrupted by iridescent mountains, geysers, and waterfalls. The team plays with the latent energy, the quiet tension, and the attendant risk of a volcano.

It wasn't the prettiest goal. After the team's star, Gylfi Sigurðsson, took a low, hard shot from the right, Alfreð Finnbogason struck the loose rebound into the back of the net. The volcano erupted.

As the game progressed, the team seemed to stop even the pretense of trying to score. The goal was to thwart Messi, to clear the box, to run down the time. All the crowd's energy went toward supporting the goalkeeper, Hannes Halldórsson. When Halldórsson blocked Messi's penalty kick, early in the second half, the crowd responded as raucously as it had when Iceland scored. Finally, the last ball was booted, and the game ended with the score tied, 1–1. In Reykjavik, as in Moscow, the arms shot up in wide "V"s, and the gritty low grunt began. "hoooo," it went, faster and faster, before dissolving. An old man with a thick white beard turned around and flashed a grin, showing a dark gap where his front teeth had been, and gave a thumbs-up. The team had won.

--
****
Juan
"I'm going to continue to stand with the people that are being oppressed."
- Colin Kaepernick