Something to Know - 3 April 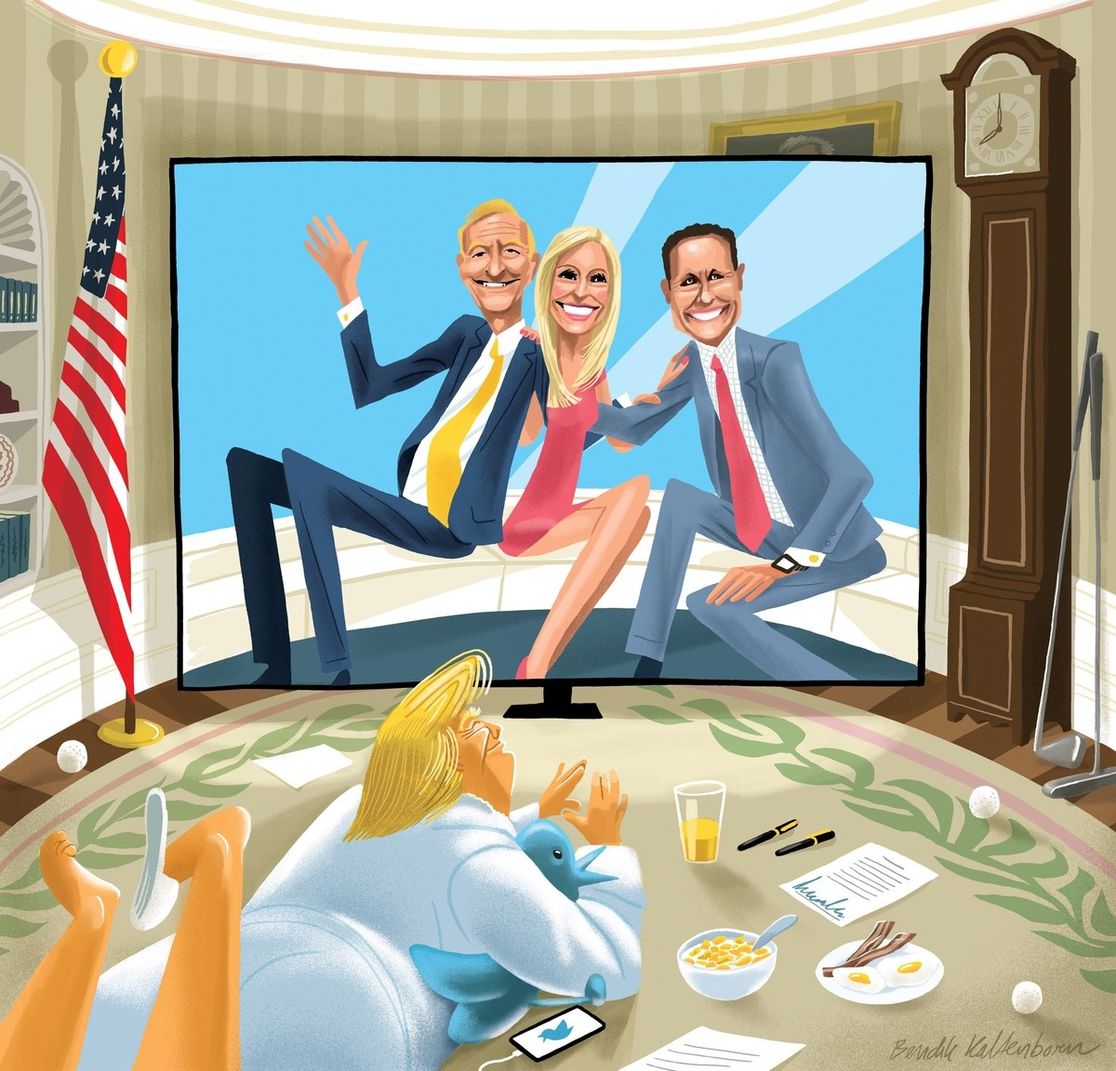 If you missed the story yesterday about how Sinclair Broadcast Group scripts how its 66 local news stations across the country (primarily in Trump territory) report how their station is to convey to their viewer to accept the Orwellian concept that all the non-SBG stations are nothing but FAKE NEWS and that they benefiting from the independent real news group that they are now watching...well, click here and see that story.  Now, take in this story on the continuing use of bullying Trump's enemies with his tweets and fat mouth.   This is hardly the presidential way to MAGA.

In 2009, Turkey's tax ministry imposed a $2.5 billion fine for alleged tax evasion on Dogan Yayin, a media conglomerate whose newspapers and television stations were critical of the Turkish leader Recep Tayyip Erdogan. Under financial and political pressure, the company began unloading some assets and closing others. Last month, the billionaire Aydin Dogan sold his remaining media properties, including the influential Hurriyet newspaper and CNN Turk, to a group of Erdogan loyalists.

Modern authoritarians rarely seize critical newspapers or TV stations outright. Instead, they use state power to pressure critics and reward friends. As Steven Levitsky and Daniel Ziblatt, professors at Harvard, wrote in their recent book "How Democracies Die," President Vladimir Putin of Russia turned the tax authorities on Vladimir Gusinsky, owner of an independent television network, NTV, which was considered bothersome. Gusinsky eventually signed NTV over to a government-controlled company. Under Hugo Chávez, Venezuelan authorities accused Guillermo Zuloaga, owner of Globovisión, a TV station frequently critical of the government, of illegal profiteering. In 2013, Zuloaga sold Globovisión to allies of Chávez's successor, Nicolás Maduro.

Now Donald Trump is going after Jeff Bezos, founder of Amazon and owner of The Washington Post.

The president's latest round of anti-Amazon tweets began last Thursday, when Trump claimed, inaccurately, that Amazon pays "little or no taxes to state & local governments" and that the United States Postal Service loses money on Amazon deliveries. On Saturday, he wrote that The Washington Post should be forced to "REGISTER" as an Amazon lobbyist. On Monday, he warned that Amazon may soon have to pay more for its deliveries: "Only fools, or worse, are saying that our money losing Post Office makes money with Amazon. THEY LOSE A FORTUNE, and this will be changed."

Trump's antipathy has already affected Amazon's fortunes. He threatened the company during the presidential campaign, and, as Forbes reported, Amazon's stock plunged more than 6 percent after he won. Last Wednesday, after Axios reported that Trump was "obsessed" with Amazon, the company lost $53 billion in market value. In the wake of Trump's tweets on Monday, Amazon's stock fell more than 5 percent.

Like the F.B.I., another regular Trump target, Amazon is hardly blameless. There's a legitimate case for an antitrust investigation of the behemoth, which as of last year controlled around 44 percent of online retail sales. Lina Khan, director of legal policy at the antimonopoly Open Markets Institute, describes Amazon as the 21st-century equivalent of 19th-century railroads. Many independent retailers feel bullied by the company, she tells me, but have no choice but to use its platform because it's so dominant.

But Trump revealed his motive for condemning Amazon when he called for government registration of The Washington Post. A source who spoke to Trump told The Post's own Philip Rucker that "a negative story in The Post is almost always the catalyst for one of his Amazon rants." Trump's tweets on Saturday came after The Post published a piece that read like an omnibus of Trump sensitivities: "From Mueller to Stormy to 'Emoluments,' Trump's Business Is Under Siege."

This is not the first time the Trump administration has appeared to be trying to punish enemies in the media. Reporting on Trump's war with CNN last July, Michael M. Grynbaum of The New York Times wrote that White House advisers had discussed a "potential point of leverage" over the network: "a pending merger between CNN's parent company, Time Warner, and AT&T." In November, the Department of Justice sued to block the merger.

Meanwhile, Trump uses his platform to praise obsequious outlets like Sinclair Broadcast Group, which ordered news anchors on its nearly 200 local television stations to record Trump-style warnings about fake news: "Unfortunately, some members of the media use their platforms to push their own personal bias and agenda to control 'exactly what people think.'" After Deadspin produced a creepy viral video of Sinclair anchors reading their script in totalitarian unison, Trump came to the company's defense, tweeting, "Sinclair is far superior to CNN and even more Fake NBC, which is a total joke."

Sinclair's regime-friendly propaganda, which seems meant to erode trust in competing sources of information, is also familiar from other nations that have slid into authoritarianism.

"When you look at many of these countries, it's been a two-pronged attack on the media," Daron Acemoglu, a Turkish-born M.I.T. economist and a co-author of "Why Nations Fail: The Origins of Power, Prosperity and Poverty," told me. "Even before the attacks against the Dogan group started in Turkey, or even before the attacks against a few remaining independent TV stations and newspapers had started under Putin, you had these troll-like media outlets that were flooding the market with what we are now calling fake news."

By the time those regimes moved against unsympathetic media companies, much of the population had been disoriented by disinformation. Under Trump, America has started down the same road. There are many reasons to be terrified of Amazon's power, but Trump's ability to undermine it with a tweet is far scarier.