Something to Know - 4 November Stupid people appointed by a Stupid person can ruin a lot of stuff.  Stupidity runs rampant in the current White House administration.  Today's nomination for Stupid Person of the Day is Rick Perry.   Woops, he was stupid yesterday, as well, and will probably be so  tomorrow.   It never ends.
https://www.nytimes.com/2017/11/03/opinion/rick-perry-energy-sexual-assault.html?emc=edit_th_20171104&nl=todaysheadlines&nlid=2318049 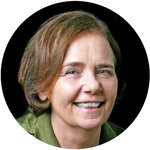 Oh, that Rick Perry.
Our secretary of energy was in South Africa recently, for Africa Oil Week. Whenever the word "oil" is mentioned, Perry responds like a dog on the scent of a hamburger. So no surprise there. We wouldn't even have noticed he was gone, except for the part where he suggested that fossil fuels would protect women from sexual assault.
"Let me tell you where people are dying is in Africa," he told an audience after he returned, launching into a story about a young village girl who yearned to be able to read by electric light instead of a smoky fire.
O.K. so far …
"But also from the standpoint of sexual assault," Perry continued. "When the lights are on, where you have light that shines, the righteousness, if you will, on those types of acts. So from the standpoint of how you really affect people's lives, fossil fuel is going to play a role in that."
Now we all support electrification of rural villages. But where the heck did the sexual assault part come from? The Department of Energy wasn't really forthcoming. It just issued a statement saying that while Perry was in Africa "he was told how light can be a deterrent to sexual assault and can provide security in remote areas."
Environmental groups quickly pointed out that there is a hefty sexual assault problem in places that have more electricity than they know what to do with. But let's be generous. Maybe he was still quoting that village girl. Do you really think she insisted that the light come from fossil fuels? Inquiring minds want to know.
Rick Perry is an absolutely terrible secretary of energy. We all remember that he took the job without realizing that his central responsibility would be overseeing the safe handling of nuclear materials, a topic he knew nothing whatsoever about. Interested bystanders recalled sadly that Barack Obama's first secretary was a Nobel Prize-winning scientist and the second a nuclear physicist.
On the other hand, Rick Perry once shot a coyote while jogging.
He claims.
Anyhow, Perry and Donald Trump are of one mind about the Department of Energy's new mission, which is making our nation "energy dominant." Once it was all about energy independence, and that's going pretty well, thanks to solar and wind power and natural gas. Now, the administration's obsession is to find new ways to market our fossil fuels, including an increasingly large amount of excess oil.
Perry's the perfect person for the job. This is a man who once explained that the law of supply and demand is: "You put the supply out there and the demand will follow."
So off he went to Africa, which is pretty much the last place in the world that needs more fossil fuels. There's already a heck of a lot of coal and oil there, but it's not doing poor villagers any good.
"Fossil fuels and the grid approach have had their reign for a hundred years now, and there are still a billion people without electricity," said Kristina Skierka of Power for All, a global campaign for universal energy access.
And even if a grid did arrive, Skierka pointed out, the little girl would still be reading by the firelight since rural African transmission lines tend to be down more often than they're working.
An obvious answer is solar power. "It's similar to cellphones," said Michael Brune of the Sierra Club. "You don't have to build a new grid. You can just use solar power plus batteries and bring power to a community — not just much more cheaply but much more quickly."
Wow, the little village girl could put a solar cell on the roof and power a battery for her reading light. And no pollution. That's exactly the kind of thinking that drives Perry nuts. So there he was in Cape Town, spreading the faith and urging his audience to break the "culture of shame" around oil and coal.
Africa was actually the worst place possible for an American official to be waving the fossil fuel flag. Climate scientists expect it to be particularly hard hit by global warming, with expanding droughts on one hand and flooding on the other.
Perry has generally tried to avoid picking fights when it comes to the science of global warming — although he did once, in a presidential debate, appear to be comparing climate change deniers to Galileo. His bottom line is basically that whatever is going on, it should not have any impact on the continued consumption of oil and coal.
"If you admit you support fossil fuels, it's like saying you've made some huge social error," he complained in Cape Town.
America is having economic success with wind and solar energy, but the energy secretary acts like they're evil stepchildren. (While he's proposed subsidizing the coal industry, he's backing a tariff on the importation of low-cost solar panels.) He goes to a continent that's worried about turning into a desert, and he whines about how people are being mean to the fossil fuels.
Does that sound like a good plan? Well, nobody ever accused him of being a nuclear physicist.
--
****
Juan
Patriotism is not a short and frenzied outburst of emotion but the tranquil and steady dedication of a lifetime.
- Adlai Stevenson