Something to Know, from somewhere between Fiji and American Samoa after crossing the International Dateline 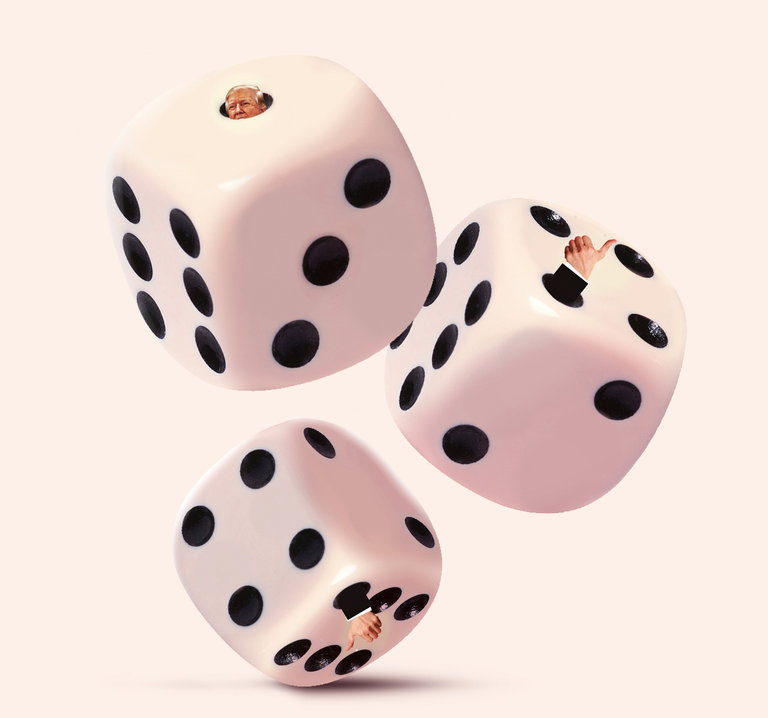 Donald Trump has made so many promises, from wiping out the national debt — a pledge dismissed last week by his own budget director as "hyperbole" — to changing the name of the Denali peak back to Mount McKinley, that it can be hard to keep track of how many he's breaking. So here's a partial list of his reversals and revisions, large and small, to date:

SYRIA In 2013, when Barack Obama sought congressional approval for military action in response to President Bashar al-Assad's use of chemical weapons in Syria, Mr. Trump rejected any intervention, in a storm of tweets. On April 6, without consulting Congress, the administration attacked Syria, with the surreal explanation that Mr. Obama's "weakness and irresolution" made it necessary.

RUSSIA Mr. Trump has lavished praise on Russia, complicit for years in Mr. Assad's brutality; he has even encouraged its meddling in the affairs of other nations, like the United States. On April 5, under heavy fire for his campaign's ties with Russia, he declaredrelations with Russia worse than ever, "because they're aligned" with Syria. In another reversal, he denies knowing Vladimir Putin.

NATO For months, Mr. Trump condemned NATO as "obsolete," falsely claiming that it doesn't fight terrorism. Last week, after meeting with NATO's secretary general, Mr. Trump declared, "It's no longer obsolete … they made a change and now they do fight terrorism." NATO didn't change; Mr. Trump's mind did.

TAX REFORM After his health care overhaul failed, Mr. Trump said he'd pivot to tax reform. Last week he roiled markets by saying he might pivot back to health care (see above).

TRAVEL Criticizing Mr. Obama's summer vacation, Mr. Trump said that as president he"would rarely leave the White House because there's so much work to be done." Thanks to his weekends in Mar-a-Lago, he's on target to ring up more bills for travel in his first year than Mr. Obama did in eight years. (And, yes, he used to accuse the Obamas of extravagantly spending taxpayer money.)

PRESCRIPTION DRUGS In December, the newly elected president pledged to use his fabled deal-making powers to "bring down drug prices." After he met with drug company chiefs in the White House in January, that promise evaporated.

TAX LOOPHOLES Mr. Trump said last year that he would close "special interest loopholes that have been so good for Wall Street investors, and people like me, but unfair to American workers." He then picked Stephen Schwarzman, a financier who has comparedclosing those loopholes to Hitler's invasion of Poland, to lead a White House "strategic and policy forum."

CHINA Mr. Trump targeted China throughout the campaign, saying that on his first day he'd label it a currency manipulator and act to reverse its entry into the World Trade Organization. Last week, after his first meeting with the Chinese president, he declared that China is no longer a currency manipulator, and said little about its trade practices.

NAFTA Mr. Trump toldworkers in Michigan that on Day 1, "A Trump administration will renegotiate Nafta and if we don't get the deal we want, we will terminate Nafta and get a much better deal for our workers and our companies. 100 percent." He's failed to take any action.

THE TRUMP ORGANIZATION Mr. Trump repeatedly vowed that as president he would give up his business. Instead, he passed day-to-day operations to his oldest sons, while he continues to receive regular updates; is able to withdraw profits; and travels to promote his properties, at taxpayer expense, through high-profile visits.

THE FED Last year, Mr. Trump blasted the Federal Reserve for keeping interest rates low for political purposes. Last week, he told The Wall Street Journal that he respects Janet Yellen, the Fed chairwoman, adding, "I do like a low-interest-rate policy."

INCOME TAXES Mr. Trump first said he'd release his taxes after an audit, and then, after he was president. Two days after his inauguration, he reneged.

EMPLOYMENT NUMBERS As a candidate, Mr. Trump made up his own numbers, putting unemployment rates as high as 42 percent, calling the government's statistics "phony." As president he touts the official numbers, when they're good.

In some instances, President Trump has adopted, for the moment, more sensible positions than the sweeping, outlandish ones he took during the campaign. Some commentators point to the comforting possibility that his reversals mean that Mr. Trump is growing in office, adapting postures born of ignorance or political calculus as he meets the realities of governing.

But then you'd have to overlook the nasty positions he's stuck to, as he caters to the oligarchs who surround him, builds his personal fortune and stirs the darker passions of his base. Why else would he break his promise to release his taxes or relinquish control of his business? Mr. Trump now surrounds himself with the bankers he once lambasted; he's lagged behind on promises of infrastructure jobs, manufacturing revival and health care, while opening up bidding on the wall. He's decried Syria's gas attack on "beautiful babies" but continues to bar Syria's children from America.

To attribute the president's pirouettes to personal growth would also require ignoring what's actually staring us in the face — that there is no foundation to this presidency. With his all-important ratings tanking, the reality-TV maestro is rewriting the script, enthusiastically swapping out any position in pursuit of a "deal." He is revealing himself to be a tactical, transactional president, with no guiding convictions or principles beyond "winning." Not winning for everyone, as he so famously promised. Winning for Mr. Trump.

Democrats or House Freedom Caucus members, NATO members or Middle East dictators, potential allies or adversaries — all must be deeply unsettled by the one clear pattern emerging here, a pattern that is consistent with Mr. Trump's treatment of others in private life, from his stiffing of his creditors to his swindling of students at Trump University: betrayal.

And where does that leave the working-class voters who pinned their hopes on this man? They can live with what Mr. Trump calls successes, and hope that his interests align enough with theirs to achieve some peripheral benefit. Or they can press their legislators, and demand from Mr. Trump himself, that he stop spinning and start delivering.