Today's contribution is more practical than the ideological bombast of the Bannon Shocks that were sent yesterday.  This more practical and relevant.   It concerns the swindling and deceptive practises of financial institutions who prey upon the young and defenseless student clients.  The Consumer Financial Protection Bureau in its brief history has exposed so much flimflam and predatory corruption by the likes of Bank of America, Wells Fargo, credit card companies, and many other institutions who preyed upon unknowing users of financial systems.   It is one of the targets of the Bannon White House, through tRump, for defunding and extinction.  House Republicans want to bury this agency because the donor lobby is tired of being called out.   And, why we are thinking about this......why has tRump failed to follow through on his promise to reign in drug costs and have the ability to negotiate drug prices?   (Bait and Switch?):  so sad, believe me.
Unfairly Squeezing Student Borrowers
By THE EDITORIAL BOARD
FEB. 4, 2017 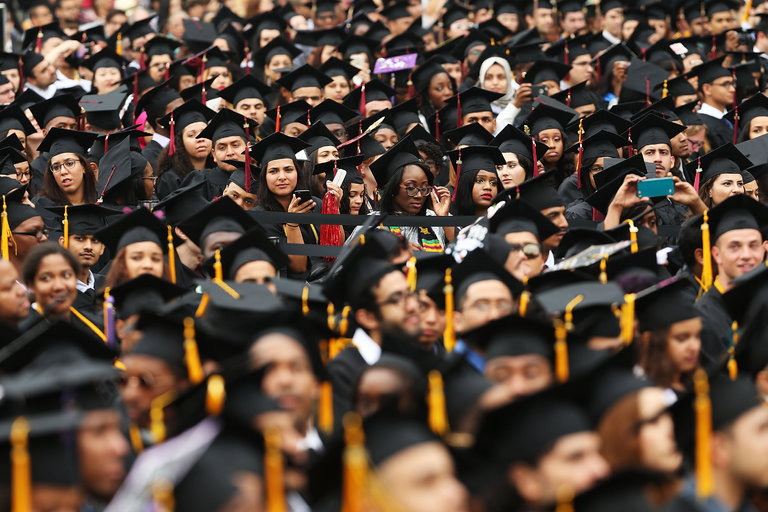 Companies that are paid by the government to collect payments for federal student loans and to guide borrowers through the process are eager to see the Trump administration cripple the Consumer Financial Protection Bureau, which has primary authority over the industry.

That would leave more than 42 million federal student loans borrowers at the mercy of loan servicing companies that are already driving up repayment costs and pushing people toward default — which destroys their financial lives — by steering them away from affordable payment plans the government created.

The scope of the problem is outlined in new lawsuits that the consumer protection bureau and the attorneys general of Washington and Illinois have filed against the largest student loan servicer, Navient. It handles $300 billion in private and federal loans for 12 million people — roughly one in four student borrowers. The bureau said Navient systematically and illegally failed borrowers "at every stage of repayment" by opting for shortcuts that saved on its operating expenses but cost borrowers money.

The federal lawsuit is particularly critical of how Navient handles a federal program that allows most federal student loan borrowers to enroll in income-based payment plans in which monthly payments can fall all the way to zero. Many enrollees are entitled to have the government pay part of the interest charges. Many are also eligible to have their loans forgiven after 20 to 25 years of monthly payments.

Borrowers have a right under the law to apply for enrollment in these plans, but, according to the lawsuit, Navient steers people into a costlier option called forbearance, in which they can take a break from payments but interest keeps building. Between 2010 and 2015, the bureau estimates that Navient added up to $4 billion in interest charges to the balances of borrowers it steered into forbearance.

Borrowers in affordable plans have to recertify every year. But according to the lawsuit, Navient fails to explain recertification or to notify people of deadlines. And not recertifying on time can make monthly payments jump by hundreds or even thousands of dollars. People can then also lose other benefits, like interest subsidies.

The suit also charges that Navient told credit reporting agencies that borrowers had defaulted when they had not; deceived people with private loans about the process for getting co-signers released; and made the same payment processing errors month after month, even after borrowers had flagged the mistakes.

Navient has denied wrongdoing and says it will fight the suit. But given the large number of complaints that customers have filed against Navient at the bureau, the charges have the ring of truth. They also provide a glimpse of the disaster that awaits if the Trump administration lets loan servicers escape federal oversight.