Something to Know - 1 April

America's Hedge Fund Vultures make the real flying birds look like angels.  No, this is not an April Fool joke.  This is real.   Many years back, old-fashioned colonialism consisted of invasion of a country to remove resources of agriculture and minerals, leaving the victims in a state of poverty and misery.   Today's vultures of colonialism seem to swoop into a distressed country with designs to hold a country's bank and financial institutions hostage.   Milton Friedman and his "Chicago Boys" did the same to Chile back in the mid-70s.   Here is how it was done to Argentina in today's world:
http://www.nytimes.com/2016/04/01/opinion/how-hedge-funds-held-argentina-for-ransom.html?emc=edit_th_20160401&nl=todaysheadlines&nlid=2318049 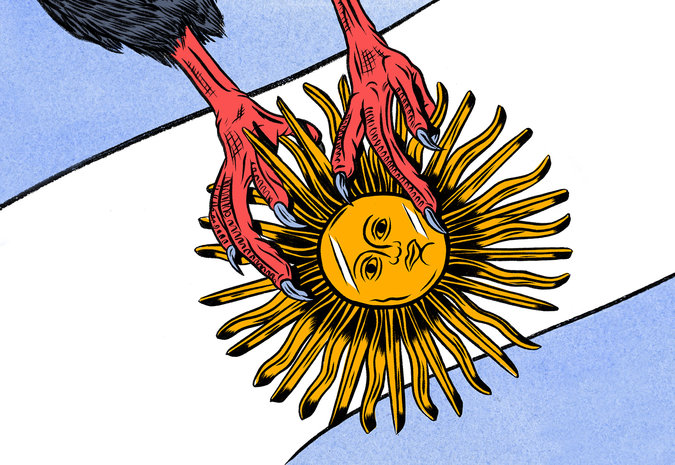 PERHAPS the most complex trial in history between a sovereign nation,Argentina, and its bondholders — including a group of United States-based hedge funds — officially came to an end yesterday when the Argentine Senate ratified a settlement.

The resolution was excellent news for a small group of well-connected investors, and terrible news for the rest of the world, especially countries that face their own debt crises in the future.

In late 2001, Argentina defaulted on $132 billion in loans during its disastrous depression. Gross domestic product dropped by 28 percent, 57.5 percent of Argentines were living in poverty, and the unemployment rate skyrocketed to above 20 percent, leading to riots and clashes that resulted in 39 deaths.

Unable to pay its creditors, Argentina restructured its debt in two rounds of negotiations. The package discounted the bonds by two-thirds but provided a mechanism for more payments when the country's economy recovered, which it did. A vast majority of the bondholders — 93 percent — accepted the deal.

Among the small minority who refused the deal were investors who had bought many of their bonds at a huge discount, well after the country defaulted and even after the first round of restructuring. These kinds of investors have earned the name vulture funds by buying up distressed debt, then, often aided by lawyers and lobbyists, trying to force a settlement.

The companies involved included some of the best-known vulture funds, including NML Capital, a subsidiary of Elliott Management, a hedge fund co-led by Paul Singer, a major contributor to the Republican Party, as well as Aurelius Capital and Dart Management. NML, which had the largest claim in the Argentina case, was the lead litigant of a group of bondholders in New York federal courts.

For a long time, Argentina refused to pay the holdouts. The funds tried all sorts of ways to change the country's position, including, at one point, having an iconic Argentine ship seized in Ghana.

Then a 2012 ruling by Judge Thomas Griesa of the United States District Court for the Southern District of New York threw the game in the vulture funds' favor, ruling that Argentina had to pay them back at full value, a cost to Argentina of $4.65 billion. NML, for example, would get a total return of 1,500 percent on its initial investment, according to our calculations, because of the cheap prices it paid for the debt and because of a "compensatory" interest rate of 9 percent under New York law.

The ruling, which became effective in 2014, did something else: Judge Griesa issued an injunction blocking Argentina from paying anything to the creditors who had accepted the deal until it had paid the vultures in full.

The judge gave the vultures the weapon they needed: Argentina had to either pay them off or renege on the default they had negotiated, ruining the country's credit in the future and threatening its recovery.

On Thursday, Argentina finally settled for something close to the terms that Judge Griesa set. NML Capital will receive about half of the total agreement — $2.28 billion for its investment of about $177 million, a total return of 1,180 percent. (Argentina also paid the legal fees for the vultures.)

This resolution will carry a high price for the international financial system, encouraging other funds to hold out and making debt restructuring virtually impossible. Why would bondholders accept a haircut if they could wait and get exorbitant returns for a small investment?

In some ways, Argentina was an outlier. It fought aggressively for the best terms from the initial set of bondholders, setting the stage for a spectacular recovery: From 2003 to 2008, until the global financial crisis intruded, the country grew 8 percent per year on average, and unemployment declined to 7.8 percent from more than 20 percent. In the end, the creditors who had accepted the initial restructuring got the principal value in full and even 40 percent more.

Most countries are intimidated by the creditors and accept what is demanded, with often devastating consequences. According to our figures, 52 percent of sovereign restructurings with private creditors since 1980 have been followed by another restructuring or default within five years. Greece, the most recent example, restructured its debt in 2012, and only a few years later it is in desperate need of more relief.

It's common to hear the phrase "moral hazard" when looking at countries that face crushing debt, like Greece or Argentina. Moral hazard refers to the idea that allowing countries (or companies or people) to renegotiate and lower their debts only reinforces the profligate behavior that put them in debt in the first place. Better that the debtor faces disapproval and harsh consequences. But the Argentina deal reversed the moral hazard by rewarding investors for making small bets and reaping huge rewards.

Britain and Belgium have made particular kinds of vulture suits illegal. Similar legislation, with bipartisan support, stalled in Congress in 2009. Last September, the United Nationsoverwhelmingly approved nine principles that should guide sovereign debt restructuring. During the debate, one ambassador apologized to actual vultures — the birds — for using the term. (One of us, Martin Guzman, made presentations to both the United Nations and to the Argentine Senate, but was not paid in either case.)

Only six countries voted against, but as those are the major jurisdictions for sovereign lending (including the United States), these principles will not be very effective.

Many countries have bankruptcy laws. But there is no equivalent framework for sovereign bankruptcies, not even something remotely close to that. The United Nations has taken the lead to fill this vacuum, and as Argentina's case proves, the initiative is more important than ever.

Martin Guzman is a research fellow at the Columbia University Business School and a senior fellow at the Center for International Governance Innovation. Joseph E. Stiglitz, a professor at Columbia, won the Nobel in economic science in 2001.