Something to Know - 9 March

At some point, the pressure cooker indicates that things are boiling inside the pot.   Héctor Tobar, formerly of the Los Angeles Times, and now teaching and writing up in Oregon, has laid things out on paper and speech about the inaction of our democracy to address and act progressively.   With the demonization and insults pouring forth from the dark side of the Republican Party, the movement to realize the political power that is at hand, through registration and the ballot box, may be about to erupt:
http://www.nytimes.com/2016/03/09/opinion/latinos-slow-burn-anger.html?emc=edit_th_20160309&nl=todaysheadlines&nlid=2318049 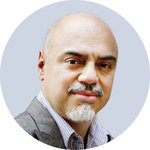 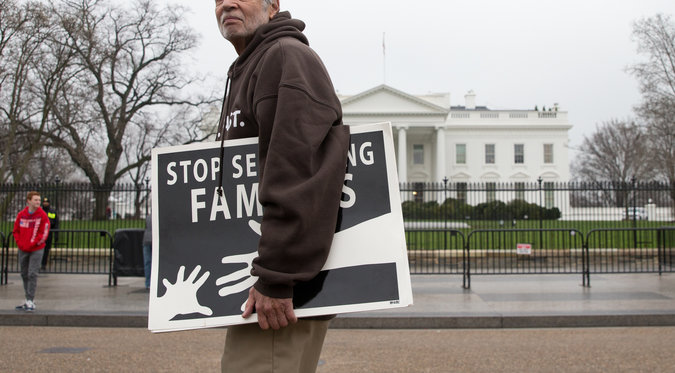 Round up the field hands and the busboys and deport them southward, they say. "Build a wall!" they chant at rallies and basketball games. Dip bullets in pigs' blood for our Muslim enemies.

By comparison, we Latino citizens of the United States suffer from a rage deficit.

Consider our victimized brothers and sisters, the handcuffed and hunted of Mesoamerica: the Oaxacans and the Guatemalans, and the Hondurans and the many others who cross the sands of the Sonoran Desert to reach the Promised Land. They die in hundreds every year.

When was the last time we annoyed you with our outrage about their preventable deaths? The last time one of our leaders unleashed a viral television rant about the failure to enact immigration reform?

The first was a plan by the Obama administration to conduct raids againsthundreds of immigrants who are among the recent wave of refugees from Central American violence. The second was the scandalous treatment of some of those refugees, including minors who were released into the custody of sex traffickers.Our cries of protest and complaint might as well be whispers. And yet … I figured two recent pieces of news might finally raise the volume of Latino anger.

How could this happen? Do we count for so little?

Last century, I was a student who marched and chanted the slogans of the day: "U.S. out of El Salvador!" "Free Nelson Mandela!" Maybe what we need now is a hashtag that summarizes our sense of worth and how we've been wronged. Say, #brownlivesmatter.

I went to the campus of California State University, Los Angeles, where thestudent body is more than half Latino, to try out my idea. Think of the undocumented roundups, I told the students I met. Think of our second-class status, even in Los Angeles, where "Mexican" and "Guatemalan" are often synonymous with laborer. "Isn't it time for a 'Brown Lives Matter' movement?" I asked.

Almost all the Latino students objected on the ground of cultural appropriation. Black people have suffered enough, they said. Let's not take their slogan, too.

There's nothing in American history as bad as slavery, a criminal justice major told me. No argument there.

And a graphic-design major pointed out, "Well, you know, a lot of Latino people can pass for white."

Sure, these students were angry about the marginalized status of people of Mexican and Central American descent in the United States. One Latina told me how much she resented the "othering" she encountered because of her appearance and Spanish surname: "People ask me all the time, 'Where are you from?' And they don't mean, 'Are you from the Valley or Long Beach?' "

Yet, she didn't see the need to make a stink about it. Why embarrass herself getting angry just because of some idiot?

Herein lies the reason for our anger deficit: We hear the voice of our mothers saying, "Mijos, you only demean yourself if you lash back at an insult."

Please don't confuse this forbearance with passivity. And don't call Latinos the "sleeping giant" of American civic life. (That cliché will make me scream.)

The Latino students I met resist oppression in a low-key, goal-oriented way. By working full time while getting a degree. By studying to become breadwinners who give back to their communities. And by voting for a candidate likely to support immigration reform.

Only a handful, right now, feel the need to take to the streets, like the group arrested after blocking downtown traffic in a protest against deportations — a brave action that was barely a blip on the nation's radar. One young woman at Cal State told me she felt guilty for not going, given that her own mother is still trying to sort out her immigration papers after more than two decades in the United States.

That's all right, I told her. Getting good grades is also a way of resisting racism — though studiousness alone may not get us to the Promised Land.

For that, we'd need an eloquent voice of leadership (think Barack Obama,Philadelphia, 2008). Or a book that changes the national conversation, as "The Grapes of Wrath" or "The Jungle" did. Another half-million people protesting on the streets (as we did here in 2006) wouldn't hurt.

Until then, I'll supply my rage needs by following a group of writers and comedians known as the Latino Rebels who tweeted sarcastically about how endorsements from anti-immigrant figures like the controversial Arizona sheriff Joe Arpaio would help Donald J. Trump "do really well with 'the Hispanics.'"

A mere squeak amid the cacophony of American fury, but it's a start.

Héctor Tobar, the author of "Deep Down Dark: The Untold Stories of 33 Men Buried in a Chilean Mine, and the Miracle That Set Them Free," teaches writing at the University of Oregon and is a contributing opinion writer.