Something to Know - 30 March

As we witness the implosion of one of the two main political parties of this country, many entities usually associated with the GOP convention are getting jittery about the whole thing.  Just like the Governor of Georgia, the whole thing about an ugly law and economic boycott by corporations and businesses, sane people start running away.   Donald Trump is poison for the GOP brand and the down ballot candidates.  Even the guy who has taken the position of blocking him is bad news.   The threat of riots and gun-toting convention delegates and guests  - well the whole thing will not get the Good Housekeeping Seal of Approval:
http://www.nytimes.com/2016/03/31/us/politics/donald-trump-republican-national-convention.html?action=click&contentCollection=Opinion&module=Trending&version=Full&region=Marginalia&pgtype=article

By JONATHAN MARTIN and MAGGIE HABERMANMARCH 30, 2016 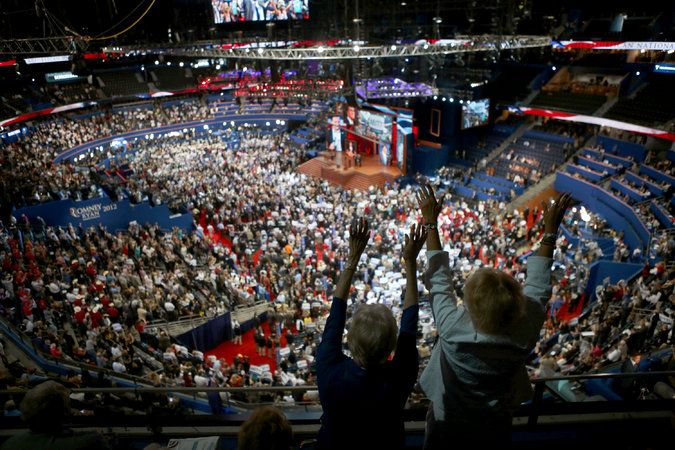 Some of the country's best-known corporations are nervously grappling with what role they should play at the Republican National Convention, given the likely nomination of Donald J. Trump, whose divisive candidacy has alienated many women, African-Americans and Hispanics.

An array of activist groups is organizing a campaign to pressure the companies to refuse to sponsor the gathering, which many of the corporations have done for both the Republican and Democratic parties for decades.

The pressure is emerging as some businesses and trade groups are already privately debating whether to scale back their participation, according to interviews with more than a dozen lobbyists, consultants and fund-raisers directly involved in the conversations.

Apple, Google and Walmart are among the companies assessing their plans for the convention, which will be held in Cleveland from July 18 through July 21.

In addition to Mr. Trump's divisive politics, there is the possibility that protests, or even violence, will become a focus of attention at the convention. Mr. Trump has suggested that there will be "riots" if he is not chosen as the party's nominee, and the city of Cleveland recently sought bids for about 2,000 sets of riot gear for its police force.

A reduction in support from major corporations would be worrisome for Cleveland, which celebrated the awarding of the convention last year as a symbol of the city's rebirth. The host committee is seeking to raise about $64 million for the event.

"I have talked to several people at companies who have said, 'I've always gone to the convention, I've always participated at some level, but this year we're not putting it in our budget, we're not going, we're not going to sponsor any of the events going on," said Carla Eudy, a longtime Republican fund-raising consultant.

Walmart, which contributed $150,000 to the Republican convention in 2012, has yet to commit to contributing this year. "We haven't made any decisions," said Dan Bartlett, executive vice president of corporate affairs at Walmart, who emphasized that even before Mr. Trump's rise, the company had been discussing reducing its involvement.

Coca-Cola has already declined to match the $660,000 it provided to the 2012 Republican convention, donating only $75,000 to this year's gathering and indicating that it does not plan to provide more.

Kent Landers, a Coca-Cola spokesman, declined to explain the reduction in support. But officials at the company are trying to quietly defuse a campaign organized by the civil rights advocacy group Color of Change, which says it has collected more than 100,000 signatures on a petition demanding that Coca-Cola, Google, Xerox and other companies decline to sponsor the convention. Donating to the event, the petition states, is akin to endorsing Mr. Trump's "hateful and racist rhetoric.''

"These companies have a choice right now, a history-making choice," said Rashad Robinson, the executive director of Color of Change. "Once they start writing checks, they are essentially making a commitment to support the platform of somebody who has threatened riots at the convention. Do they want riots brought to us by Coca-Cola?"

The situation is especially delicate for Coca-Cola, which is based in Atlanta and has devoted significant resources for decades to efforts to appeal to minority groups.

In the company's Washington, D.C., office, executives have been locked in conversations about how to handle the convention, according to two people directly involved in the discussions. In addition to donating cash, the beverage giant usually provides in-kind contributions, including sodas and other drinks.

In a statement, Mr. Landers, the Coca-Cola spokesman, said the company had also provided $75,000 to the 2016 Democratic convention, adding that, "The Coca-Cola Company is a nonpartisan business and does not endorse presidential candidates or nominees, nor do we endorse any specific party."

Emily Lauer, a spokeswoman for the Cleveland 2016 Host Committee, played down any concerns about fund-raising. She said corporations and other donors had already pledged $54 million of the $64 million needed for the convention.

But a senior Republican official with direct knowledge of convention fund-raising said there was growing worry inside the party about whether donors would follow through with their pledges if Mr. Trump became the nominee.

Asked how much of the $54 million the committee has in hand, Ms. Lauer said "the majority." The state of Ohio, the city of Cleveland, and Cuyahoga County are contributing generously to the effort, she said, along with local businesses.

The issue is a touchy one for American businesses, which until now have largely avoided the delicate choice between possibly offending Mr. Trump's passionate followers by distancing themselves from him, or angering the equally vocal constituencies opposed to his candidacy.But the question of what to do about the Republican convention is more complex for businesses than simply deciding whether to contribute to the host committee: They are also grappling with whether they should risk sending their executives, whether they can just quietly give to ancillary events benefiting other Republicans and even whether they ought to have their names removed from the off-site concerts that are often convention favorites.

"These are Maalox months for everyone," said Bruce Haynes, a public relations consultant at Purple Strategies, a Virginia-based bipartisan communications firm. "If this is going to look like 1968, there will be people that say, 'That's not where I want my product placement,' " he added, referring to clashes between police officers and protesters at the Democratic convention in Chicago.

The Color of Change campaign is now being joined by Hispanic, Muslim and women's rights organizations. While Coke has been the focus of the convention push so far, the advocacy groups have also been in contact with Google, Cisco and AT&T and said they would target these companies if the companies did not withdraw their contributions and vow to give no more.

Nita Chaudhary, co-founder and executive director of UltraViolet, a women's rights group, noted that many Republican governors had felt pressure from businesses over gay rights, as companies "compete with one another to be the most socially progressive."

She added, "Well, there's no greater threat to women and people of color in this country than Donald Trump."

Representatives from Cisco and AT&T issued prepared statements pointing to their technological support for both parties' conventions in the past. They indicated that they would offer the same in-kind assistance this year, while emphasizing that their support was aimed at benefiting the democratic process. They declined to comment further.

Color of Change, the advocacy group, has been effective in putting pressure on image-conscious companies. After the killing in Florida of an unarmed black teenager, Trayvon Martin, in 2012, for example, Color of Change helped persuade corporations like Coke, McDonald's and Pepsi to leave the American Legislative Exchange Council, a conservative organization that promoted the "Stand Your Ground" gun laws that became divisive after Mr. Martin's death.

In a letter sent to Coke last month, Color of Change implored the company to withdraw its support for the Republican convention, saying such a move would be "a sign of corporate leadership.''

That letter was followed by a provocativeonline petition with an image of a Coke bottle labeled "Share a Coke with the KKK," an apparent reference to Mr. Trump having initially declined todisavow support from the former Ku Klux Klan leader David Duke.

The push by Color of Change got the attention of the Coca-Cola executives, who quietly reached out to Mr. Robinson, the group's executive director, and, in a series of previously undisclosed telephone calls and email exchanges, sought to mollify the activist group.

"We walked them through what a public campaign would look like," Mr. Robinson recalled, explaining that he described possible protests outside Coca-Cola headquarters and similar protests in Cleveland against the company.

Coca-Cola has not sought a refund of the $75,000 it gave to the Republican convention, nor has it agreed to refuse to make in-kind contributions.

Other companies are hoping to avoid the controversy altogether. Some trade groups, including ones representing airlines and broadcasters, say they are planning to take a smaller role at both parties' conventions this year.

In addition to the strong feelings Mr. Trump generates, there are fears that fewer elected officials, to whom sponsors like to gain access at conventions, might attend if Mr. Trump is the nominee.

The question of corporate involvement is not the only challenge: In past campaigns, the Republican standard-bearers and their loyalists have played a big role in shaping and underwriting the party and its convention. But the Republican primaries are not over, and even if Mr. Trump emerges as the nominee, he lacks a traditional fund-raising base.

And for the first time since the Nixon era, federal funds will not be provided to defray the cost of the conventions, putting a greater burden on the parties to raise money.

Conventions are unwieldy productions that often exceed their budgets. In 2012, Mitt Romney's national finance team helped raise money to cover the costs of the Republican convention in Tampa, Fla., and in 2004, when the Republican Party had its convention in New York, Michael R. Bloomberg, the mayor at the time, wrote a personal check to cover the host committee's shortfall.