Something to Know - 27 February

From the Santa Monica News Bureau comes this NY Times piece by David Brooks.   Rather than report on Donald this, or Donald that, and the rest of the crazies in combat insults, Mr. Brooks drills down to a deeper layer of understanding as to why the politics of our nation is in such a sad state:
http://www.nytimes.com/2016/02/26/opinion/the-governing-cancer-of-our-time.html?mwrsm=Email

The Governing Cancer of Our Time 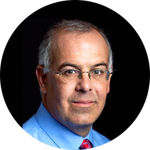 We live in a big, diverse society. There are essentially two ways to maintain order and get things done in such a society — politics or some form of dictatorship. Either through compromise or brute force. Our founding fathers chose politics.

Politics is an activity in which you recognize the simultaneous existence of different groups, interests and opinions. You try to find some way to balance or reconcile or compromise those interests, or at least a majority of them. You follow a set of rules, enshrined in a constitution or in custom, to help you reach these compromises in a way everybody considers legitimate.

The downside of politics is that people never really get everything they want. It's messy, limited and no issue is ever really settled. Politics is a muddled activity in which people have to recognize restraints and settle for less than they want. Disappointment is normal.

But that's sort of the beauty of politics, too. It involves an endless conversation in which we learn about other people and see things from their vantage point and try to balance their needs against our own. Plus, it's better than the alternative: rule by some authoritarian tyrant who tries to govern by clobbering everyone in his way.

As Bernard Crick wrote in his book, "In Defence of Politics," "Politics is a way of ruling divided societies without undue violence."

Over the past generation we have seen the rise of a group of people who are against politics. These groups — best exemplified by the Tea Party but not exclusive to the right — want to elect people who have no political experience. They want "outsiders." They delegitimize compromise and deal-making. They're willing to trample the customs and rules that give legitimacy to legislative decision-making if it helps them gain power.

This antipolitics tendency has had a wretched effect on our democracy. It has led to a series of overlapping downward spirals:

The antipolitics people don't accept that politics is a limited activity. They make soaring promises and raise ridiculous expectations. When those expectations are not met, voters grow cynical and, disgusted, turn even further in the direction of antipolitics.

The antipolitics people refuse compromise and so block the legislative process. The absence of accomplishment destroys public trust. The decline in trust makes deal-making harder.

And in walks Donald Trump. People say that Trump is an unconventional candidate and that he represents a break from politics as usual. That's not true. Trump is the culmination of the trends we have been seeing for the last 30 years: the desire for outsiders; the bashing style of rhetoric that makes conversation impossible; the decline of coherent political parties; the declining importance of policy; the tendency to fight cultural battles and identity wars through political means.

Continue reading the main storyTrump represents the path the founders rejected. There is a hint of violence undergirding his campaign. There is always a whiff, and sometimes more than a whiff, of "I'd like to punch him in the face."

I printed out a Times list of the insults Trump has hurled on Twitter. The list took up 33 pages. Trump's style is bashing and pummeling. Everyone who opposes or disagrees with him is an idiot, a moron or a loser. The implied promise of his campaign is that he will come to Washington and bully his way through.

Trump's supporters aren't looking for a political process to address their needs. They are looking for a superhero. As the political scientist Matthew MacWilliams found, the one trait that best predicts whether you're a Trump supporter is how high you score on tests that measure authoritarianism.

This isn't just an American phenomenon. Politics is in retreat and authoritarianism is on the rise worldwide. The answer to Trump is politics. It's acknowledging other people exist. It's taking pleasure in that difference and hammering out workable arrangements. As Harold Laski put it, "We shall make the basis of our state consent to disagreement. Therein shall we ensure its deepest harmony."