The GeeOpie excuse for a selection of a nominee goes on.  Maybe we should pause and consider that the Bloviating Trumpet keeps on ticking (sorry for the pesky clock ad in this email).   Why he is still here is that is what the dumbing down of political debate and behavior has left us with after the misery of "W" and the shyster con job of the Grinch of Ging.   Real discussion is a lost art form.  What we have left is trash talk and fear mongering.   Shameful ain't it?:
http://www.nytimes.com/2015/12/21/opinion/the-donald-and-the-decider.html?emc=eta1

The Donald and the Decider 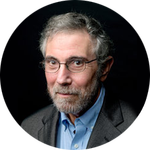 Almost six months have passed since Donald Trump overtook Jeb Bush in polls of Republican voters. At the time, most pundits dismissed the Trump phenomenon as a blip, predicting that voters would soon return to more conventional candidates. Instead, however, his lead just kept widening. Even more striking, the triumvirate of trash-talk — Mr. Trump, Ben Carson, and Ted Cruz — now commands the support of roughly 60 percent of the primary electorate.

But how can this be happening? After all, the antiestablishment candidates now dominating the field, aside from being deeply ignorant about policy, have a habit of making false claims, then refusing to acknowledge error. Why don't Republican voters seem to care?

Well, part of the answer has to be that the party taught them not to care. Bluster and belligerence as substitutes for analysis, disdain for any kind of measured response, dismissal of inconvenient facts reported by the "liberal media" didn't suddenly arrive on the Republican scene last summer. On the contrary, they have long been key elements of the party brand. So how are voters supposed to know where to draw the line?

Let's talk first about the legacy of He Who Must Not Be Named.

I don't know how many readers remember the 2000 election, but during the campaign Republicans tried — largely successfully — to make the election about likability, not policy. George W. Bush was supposed to get your vote because he was someone you'd enjoy having a beer with, unlike that stiff, boring guy Al Gore with all his facts and figures.

And when Mr. Gore tried to talk about policy differences, Mr. Bush responded not on the substance but by mocking his opponent's "fuzzy math" — a phrase gleefully picked up by his supporters. The press corps played right along with this deliberate dumbing-down: Mr. Gore was deemed to have lost debates, not because he was wrong, but because he was, reporters declared, snooty and superior, unlike the affably dishonest W.

Then came 9/11, and the affable guy was repackaged as a war leader. But the repackaging was never framed in terms of substantive arguments over foreign policy. Instead, Mr. Bush and his handlers sold swagger. He was the man you could trust to keep us safe because he talked tough and dressed up as a fighter pilot. He proudly declared that he was the "decider" — and that he made his decisions based on his "gut."

The subtext was that real leaders don't waste time on hard thinking, that listening to experts is a sign of weakness, that attitude is all you need. And while Mr. Bush's debacles in Iraq and New Orleans eventually ended America's faith in his personal gut, the elevation of attitude over analysis only tightened its grip on his party, an evolution highlighted when John McCain, who once upon a time had a reputation for policy independence, chose the eminently unqualified Sarah Palin as his running mate.

So Donald Trump as a political phenomenon is very much in a line of succession that runs from W. through Mrs. Palin, and in many ways he's entirely representative of the Republican mainstream. For example, were you shocked when Mr. Trump revealed his admiration for Vladimir Putin? He was only articulating a feeling that was already widespread in his party.

Meanwhile, what do the establishment candidates have to offer as an alternative? On policy substance, not much. Remember, back when he was the presumed front-runner, Jeb Bush assembled a team of foreign-policy "experts," people who had academic credentials and chairs at right-wing think tanks. But the team was dominated by neoconservative hard-liners, people committed, despite past failures, to the belief that shock and awe solve all problems.

In case you're wondering, nothing like this process has happened on the Democratic side. When Hillary Clinton and Bernie Sanders debate, say, financial regulation, it's a real discussion, with both candidates evidently well informed about the issues. American political discourse as a whole hasn't been dumbed down, just its conservative wing.In other words, Mr. Bush wasn't articulating a notably different policy than what we're now hearing from Trump et al; all he offered was belligerence with a thin veneer of respectability. Marco Rubio, who has succeeded him as the establishment favorite, is much the same, with a few added evasions. Why should anyone be surprised to see this posturing, er, trumped by the unapologetic belligerence offered by nonestablishment candidates?

Going back to Republicans, does this mean that Mr. Trump will actually be the nominee? I have no idea. But it's important to realize that he isn't someone who suddenly intruded into Republican politics from an alternative universe. He, or someone like him, is where the party has been headed for a long time.