Something to Know - 12 December

Stupid things that political novices (stupid as well) say to get attention.   That seems to be the motto of the headlining gaggle of goons that run the media by the nose.   Trump is going to deport 11 million immigrants in a "very humane way", and this Cruz guy is going to "carpet bomb ISIS to oblivion".   There used to be a wrestler in the old days of black and white TV by the name of Gorgeous George.  His story line for getting people to pay to see him was to do outlandish and stupid stuff; he did, and they came.  Cruz takes his story line from the old days of a certain Senator from Wisconsin.  Carson is nothing more than an opening act for the previous two.  I swear, this whole mess is looking like the WWE (World Wrestling Entertainment) "cage match". where all the competitors are boxed in and play evil until the last man is standing.  This spectacle is bad enough, but what is worse is that we all, and the media are aiding an abetting this performance:
http://www.nytimes.com/2015/12/12/opinion/ted-carpet-bomb-cruz.html?emc=eta1 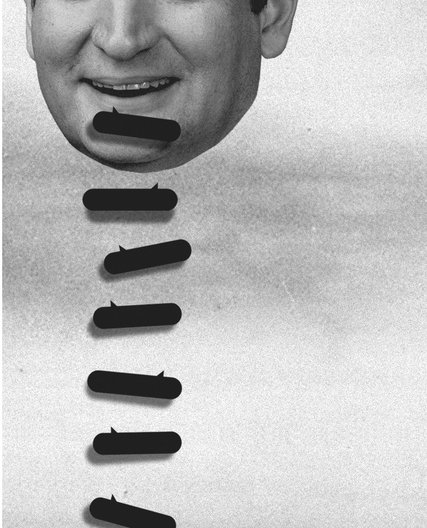 This would have been an instructiveSenate hearing for Ted Cruz to attend: "U.S. Strategy to Counter the Islamic State of Iraq and the Levant and U.S. Policy Toward Iraq and Syria."

The bellicose senator from Texas blew that one off on Wednesday; he was in New York, shaking his saber on Fox News and courting big-dollar donors at a closed-door luncheon on Madison Avenue.

His favorite line on ISIS seems to be, "We will carpet-bomb them into oblivion," which he said in Iowa last week. His irresponsible chatter is of a piece with most Republican presidential candidates, who are busy offering phony prescriptions for the biggest foreign threat the United States faces.

Mr. Cruz is a lawyer and a foreign-policy neophyte. Anyone with any understanding of military strategy knows that "carpet-bombing" is a term used by amateurs trying to sound tough. Indiscriminate bombing has never been a military strategy, and it would be senseless in an age of "smart" weaponry and precise targeting.

In Syria and Iraq, mass bombing would kill hundreds of innocent civilians and fuel radicalization. That's why military leaders utter the term "carpet-bomb" only while laughing at Mr. Cruz.

"That's just another one of those phrases that people with no military experience throw around," chuckled retired Maj. Gen. Robert Scales, a military historian and former commandant of the Army War College in Carlisle, Pa.

The only thing close to "carpet-bombing" was Operation Arc Light in 1965, in which two or three B-52 Stratofortresses bombed sections of Vietnam to support tactical operations on the ground, not to flatten the place. "America has never carpet-bombed anyone at any time because that's not our doctrine," said General Scales.

Steve Inskeep, the host, interjected: "But don't you then end up with the air campaign they already have, where they're being exceedingly careful not to hit civilians, but they hit a target when they can find a target?"

Mr. Cruz vehemently disagreed. "Let's go to some facts. In the first Persian Gulf war, we launched roughly 1,100 air attacks a day. We carpet-bombed them into oblivion for 37 days."

Actually, no, say military leaders. That was highly targeted bombing, which was why the war took so little time.

The wanton bombing Mr. Cruz repeatedly refers to, General Selva said, is categorically "not the way that we apply force in combat. It isn't now, nor will it ever be."

Ted Cruz, a man who thinks he's qualified to be commander in chief, decries terrorists' taking of innocent lives while agitating for bombing that would kill thousands of noncombatants and radicalize thousands more. What he's saying shows an utter lack of fitness to command America's armed forces.