With the emphasis on discussing "climate change" in Paris, we really need to know about overcoming our confusion and fear of Nuclear Energy.   This article attempts to open up our acceptance that we really have no choice but to trend to a serious alternate to the burning (or exploding) of fossil fuels.  The emergence of viable alternatives to the reactors and old school methods have given us new technologies and designs that we must adopt.  Wind and solar can only carry us so far in our need for renewable and sustainable energy.   There does indeed exist a safe and cost-efficient answer to our needs, while greatly reducing our production of greenhouse gases:
http://www.nytimes.com/2015/11/28/opinion/the-new-atomic-age-we-need.html?emc=eta1

The New Atomic Age We Need 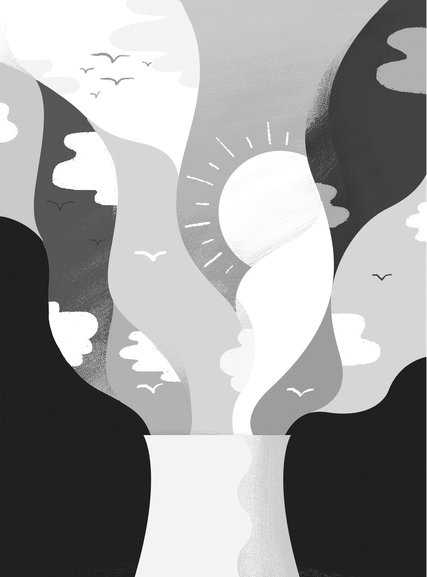 THIS past summer, the Group of 7 nations promised "urgent and concrete action" to limit climate change. What actions exactly? Activists hope for answers from the coming United Nations climate conference in Paris, which begins Monday. They should look instead to Washington today.

The single most important action we can take is thawing a nuclear energy policy that keeps our technology frozen in time. If we are serious about replacing fossil fuels, we are going to need nuclear power, so the choice is stark: We can keep on merely talking about a carbon-free world, or we can go ahead and create one.

We already know that today's energy sources cannot sustain a future we want to live in. This is most obvious in poor countries, where billions dream of living like Americans. The easiest way to satisfy this demand for a better life has been to burn more coal: In the past decade alone, China added more coal-burning capacity than America has ever had. But even though average Indians and Chinese use less than 30 percent as much electricity as Americans, the air they breathe is far worse. They deserve a third option besides dire poverty or dirty skies.

In America, the left worries more about our five billion metric tons of annual carbon dioxide emissions and what it might do to Earth's climate. On the right, even those who discount the environmental effects of fossil fuels can't deny their contribution to economic volatility. We saw this in 2008 when a historic high oil price coincided with a historic financial crisis.

The need for energy alternatives was already clear to investors a decade ago, which is why they poured funding into clean technology during the early 2000s. But while the money was there, the technology wasn't: The result was a series of bankruptcies and the scandal of Solyndra, the solar panel manufacturer in California that went bankrupt in 2011 after receiving a federal guarantee of hundreds of millions of dollars. Wind and solar together provide less than 2 percent of the world's energy, and they aren't growing anywhere near fast enough to replace fossil fuels.

What's especially strange about the failed push for renewables is that we already had a practical plan back in the 1960s to become fully carbon-free without any need of wind or solar: nuclear power. But after years of cost overruns, technical challenges and the bizarre coincidence of an accident at Three Mile Island and the 1979 release of the Hollywood horror movie "The China Syndrome," about a hundred proposed reactors were canceled. If we had kept building, our power grid could have been carbon-free years ago.

Instead, we went in reverse. In 1984, Ohio's nearly finished William H. Zimmer nuclear plant was abruptly converted into a coal-burning facility: a microcosm of the country's lurch back toward carbon.

The 2011 Fukushima disaster seemed at first to confirm old fears: Nearly 16,000 people were killed by the Tohoku earthquake and tsunami. But nobody in Japan died from radiation, and in 2013 United Nations researchers predicted that "no discernible increased incidence of radiation-related health effects are expected."

Critics often point to the Chernobyl accident in the Soviet Union as an even more terrifying warning against nuclear power, but that accident was a direct result of both a faulty design and the operators' incompetence. Fewer than 50 people were reported to have died at Chernobyl; by contrast, the American Lung Association estimates that smoke from coal-fired power plants kills about 13,000 people every year.

Only recently has climate anxiety challenged nuclear fear. Just as the impact of coal smoke dwarfs the effects of radiation from Fukushima, global warming is predicted to be far worse than mere pollution. The problem is so big that some prominent environmentalists have already declared defeat.

However, none of these new designs can benefit the real world without a path to regulatory approval, and today's regulations are tailored for traditional reactors, making it almost impossible to commercialize new ones.But not everyone has been paralyzed. While politicians prepare a grand bargain on emissions limits that future politicians are unlikely to obey, a new generation of American nuclear scientists has produced designs for better reactors. Crucially, these new designs may finally overcome the most fundamental obstacle to the success of nuclear power: high cost. Designs using molten salt, alternative fuels and small modular reactors have all attracted interest not just from academics but also from entrepreneurs and venture capitalists like me ready to put money behind nuclear power.

Fortunately, we have solved this problem before. In 1949 the federal government built a test facility at Idaho National Laboratory to study and evaluate new nuclear reactor designs. We owe our nuclear power industry to the foresight of those New Dealers, and we need their openness to innovation again today.

Earlier this year, the House of Representatives passed a bill calling for reform of our national laboratories; recently, the White House hosted a summit meeting to support nuclear energy. However, now that the speeches are over, we still lack a plan to fund and prototype the new reactors that we badly need.

Both the right's fear of government and the left's fear of technology have jointly stunted our nuclear energy policy, but on this issue liberals hold the balance of power. Speaking about climate change in 2013, President Obama said that our grandchildren will ask whether we did "all that we could when we had the chance to deal with this problem."

So far, the answer would have to be no — unless he seizes this moment. Supporting nuclear power with more than words is the litmus test for seriousness about climate change. Like Nixon's going to China, this is something only Mr. Obama can do. If this president clears the path for a new atomic age, American scientists are ready to build it.

Peter Thiel is a partner at Founders Fund, which invests in technology, including nuclear energy, and is the author of "Zero to One: Notes on Startups or How to Build the Future."

The spread of civilisation may be likened to a fire; first, a feeble spark, next a flickering flame, then a mighty blaze, ever increasing in speed and power.