Something to Know -1 September

x
Okay, the stock market made another nose dive today, and the California sewers are clogging up because lawn sprinklers are no longer splashing sidewalks, and everyone is taking shorter showers.  Is all of this bad news getting you down, Bunky?  Not to worry, let's put the Donald on the couch and figure out why he is who he is.  Just another chapter in the zany tales of dysfunction:
http://www.nytimes.com/2015/09/01/opinion/putting-donald-trump-on-the-couch.html?emc=eta1

Putting Donald Trump on the Couch 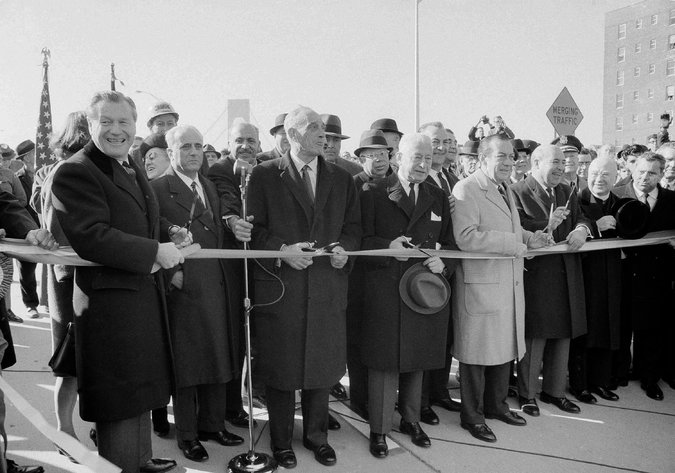 The ribbon-cutting ceremony of the Verrazano-Narrows Bridge on Nov. 21, 1964. CreditAssociated Press

AdvertisementAS surprising as Donald J. Trump's political ascendance may be, it is not unprecedented. He is the latest in a long line of demagogues that have appeared throughout American history to point accusing fingers at blacks, foreigners, Masons, Jews, socialists, central bankers and others. What's more mysterious are the roots of his vast insecurity — his compulsive need to trumpet his wealth, his smarts, his popularity. What is he compensating for?

When Hollywood wants us to understand a character, it gives us a Rosebud — an event or an object, like the wooden sled in "Citizen Kane," that reflects the character's essence. Mr. Trump's Rosebud moment, I learned recently from a story on WNYC, happened one day in 1964, when he accompanied his father to the opening ceremony of the Verrazano-Narrows Bridge.

As Mr. Trump recounted the story for Howard Blum in The New York Times in 1980: "The rain was coming down for hours … But all I'm thinking about is that all these politicians who opposed the bridge are being applauded." Even as a wet-behind-the-ears kid, he wanted the reporter to understand, he couldn't abide the hypocrisy of big shots. "In a corner," he continued, "just standing there in the rain, is this man, this 85-year-old engineer who came from Sweden and designed this bridge, who poured his heart into it, and nobody even mentioned his name.

Who was that sad sack in the corner? It's worth asking, because the Trump Rosebud moment reveals more than he perhaps realizes — and not just about himself, but about the people who are swelling his poll numbers.

Othmar H. Ammann was born in Switzerland, not Sweden, in 1879, and came to the United States in 1904. He proposed, designed and oversaw the construction of the George Washington Bridge and was closely involved with others around the country, the Golden Gate Bridge in San Francisco among them. As the chief engineer of the Port Authority of New York and the Triborough Bridge and Tunnel Authority, he oversaw the building of the Lincoln Tunnel, the Outerbridge Crossing and the Bronx-Whitestone, Throgs Neck, Triborough, Bayonne and Goethals Bridges.

Gay Talese's scene-painting in his front page New York Times account of the bridge opening is no less evocative, but it differs from Mr. Trump's in some key particulars. First, there's the matter of the weather and the general mood of the day ("the sun shone, the sky was cloudless; bands played, cannons echoed up and down the harbor, flags waved"). And the master of ceremonies, Robert Moses, praised Ammann, calling him "the greatest living bridge engineer, perhaps the greatest of all time." The crowd applauded, Mr. Talese noted, "but Mr. Moses forgot to mention his name."

So here is the 85-year-old Ammann, standing near the suspended span, then the longest in the world, a great triumph. "Modest, unassuming, and too often overlooked" (also Moses's words), he sat down after that unintentional slight.

And there's Donald Trump, then 18 years old, writing off this prodigious doer as a consummate sucker. As Jerome Tuccille would write in his 1985 book "Trump: The Saga of America's Most Powerful Real Estate Baron," "Donald must have made a conscious decision that day in 1964 to make sure his name was prominently stamped on everything he built." It's stamped on a lot of other things, too, from books to cologne.

"Great salespeople truly understand the people they are dealing with," Mr. Trump has written. And who are the people that he is closing his presidential deal with? People who are afraid that they are being made suckers too. Mr. Trump's angry certainty that immigrants and other losers are destroying the country while the cultural elites that look down on him stand by and do nothing resonates strongly with the less-educated, lower-income whites who appear to be his base.

White nationalists like David Duke have been energized to see a politician who is so unapologetically "pro-white." Would-be Joe-the-Plumbers are inspired to see someone who talks and seemingly thinks just like they do and yet who has so much money — it gives them hope that the free enterprise system may yet deliver their dreams."We don't have victories anymore," Mr. Trump told those deeply aggrieved Americans in June. "When did we last beat Japan at anything?" And, when, he said "do we beat Mexico at the border? They're laughing at us, at our stupidity." They are, he said, "killing us economically."

I suspect that Mr. Trump doesn't put too much stock in his rhetoric, and that most of his followers know better, too. But those are the buttons he is pushing, and they are working well. The thrice married former casino owner is easily outpolling Mike Huckabee, a former evangelical pastor, among evangelicals; though a defender of Medicare and Social Security, his margin among Tea Partyers against Ted Cruz, who wants to dismantle many social programs, is even bigger. To tell you the truth, I am starting to worry that his poisonous message may carry him to the White House.

Then the whole world really will be laughing at our stupidity.

What a bunch of losers, they'll say. And they'll be right.

Macho does not prove mucho.