Something to Know - 26 June

Today, there are so many things that can be written about (stuff that happened yesterday).  Most of the stuff involves articles about how the Republicans seem to be getting on the wrong side of most issues ("still going to defeat every word of Obama Care", that there is no "racism" - mostly FOX News posturing, and now this one.  Why does the GeeOpie try and strangle legislation that is put forth to curtail the abuses of "predatory colleges"...WHY?  I dunno.  I guess there are some big financial backers of theirs who have a vested interest in loan sharking....or is this just the way that today's Republicans are supposed to behave?   I dunno: 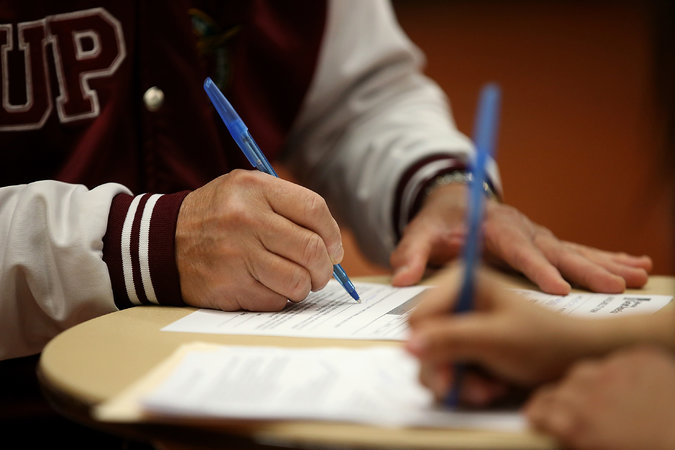 A Federal District Court judge in Washington on Tuesday upheld new Obama administration rules that will deny federal aid to career training programs that saddle students with crushing debt while giving them useless degrees in return.

The ruling strongly reaffirms the government's authority to regulate these often-corrupt programs — and comes at a time when federal and state investigations are uncovering fraud and misconduct by for-profit schools all over the country. Regrettably, however, Republicans in both houses aremoving bills that would block the Obama administration from enforcing the rules.

The court ruling involved the administration's "gainful employment" rules denying federal aid to programs that have historically burdened students with loans well beyond their capacity to repay. The rules were inspired by data showing that students in for-profit schools account for only about 12 percent of college enrollment, but nearly half of student loan defaults. Other data has shown that graduates of for-profit institutions are more likely than graduates of other institutions to carry debt of more than $40,000 when they leave school. Predatory schools are all the more problematic because they target veterans, minorities and the poor.

The rules cover about 5,500 career training programs, some of which award college degrees but most of which award certificates. To comply, a training program would have to show that, on average, the annual loan payments of its graduates amount to less than 8 percent of their total income, or less than 20 percent of their discretionary income, after the cost of basic necessities like food and housing.

A program that failed to satisfy these criteria for four straight years would lose federal funding. Funding would also be denied if, over two years of a three-year period, the average loan payments exceeded 12 percent of total earnings and more than 30 percent of discretionary earnings. Programs nearing these thresholds would have the further obligation of giving students and prospective students advance warning that they are at risk of losing their federal grants and loans — and might need to find some other way to pay for college.

The rules cover both for-profit and nonprofit programs. But the Department of Education estimates that 99 percent of the 1,400 programs that would probably fail under the new standard are run by for-profit schools.

An association representing the schools challenged the new rules, arguingthat the standards were capricious and that the only permissible measure of "gainful employment" is whether or not the student got a paying job — any job. The judge was openly contemptuous of this argument.

Republican attempts to block the new rules are not sitting well with organizations that work on behalf of consumers, veterans and the poor. This spring, a coalition of these groups sent a letter reminding Congress that 37 state attorneys general are jointly investigating allegations of fraud in for-profit schools. Various investigations have already uncovered deceptive tactics; dismal graduation rates; false or inflated job placement rates; and dubious sales and admissions policies that target veterans and students of color.

At issue here is an industry that routinely exploits the country's most vulnerable citizens and fleeces the federal student aid program at the same time. The administration's effort to bring it under control deserves support, not legislative sabot

An investment in knowledge pays the best interest.