The story that broke yesterday about the 14 FIFA officials who were allegedly behind a host of sleaze and corruption is a significant development on a global scale.  However, as some have noted, why is it that with all the documentation of corruption and sleaze found in the inner workings of Wall Street leading up to the edge of financial collapse, NO official is in the slammer for all of the hurt and damage done?  The appearance that our political system can quash the Justice Department from going after Wall Street big money donors, while since FIFA does not appear to bribe our government officials, the Justice Department is able to dispense justice.  Not Fair!    This article by Nicholas Kristof alludes to some of the sleaze that smears its ugliness on us:
http://www.nytimes.com/2015/05/28/opinion/nicholas-kristof-polluted-political-games.html?emc=eta1
Polluted Political Games 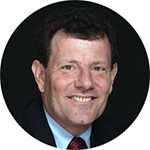 I've admired the Clintons' foundation for years for its fine work on AIDS and global poverty, and I've moderated many panels at the annual Clinton Global Initiative. Yet with each revelation of failed disclosures or the appearance of a conflict of interest from speaking fees of $500,000 for the former president, I have wondered: What were they thinking?

But the problem is not precisely the Clintons. It's our entire disgraceful money-based political system. Look around:

• Senator Marco Rubio of Florida has received financial assistance from a billionaire, Norman Braman, and has channeled public money to Braman's causes.

Continue reading the main story• Jeb Bush likely has delayed his formal candidacy because then he would have to stop coordinating with his "super PAC" and raising money for it. He is breaching at least the spirit of the law.

"For meaningful change to arrive, 'voters need to reach a point of revulsion.' Hey, folks, that time has come."

When problems are this widespread, the problem is not crooked individuals but perverse incentives from a rotten structure.

"There is a systemic corruption here," says Sheila Krumholz of the Center for Responsive Politics, which tracks campaign money. "It's kind of baked in."

Most politicians are good people. Then they discover that money is the only fuel that makes the system work and sometimes step into the bog themselves.

Money isn't a new problem, of course. John F. Kennedy was accused of using his father's wealth to buy elections. In response, he joked that he had received the following telegram from his dad: "Don't buy another vote. I won't pay for a landslide!"

Yet Robert Reich, Bill Clinton's labor secretary and now chairman of the national governing board of Common Cause, a nonpartisan watchdog group, notes that inequality has hugely exacerbated the problem. Billionaires adopt presidential candidates as if they were prize racehorses. Yet for them, it's only a hobby expense.

For example, Sheldon and Miriam Adelson donated $92 million to super PACs in the 2012 election cycle; as a share of their net worth, that was equivalent to $300 from the median American family. So a multibillionaire can influence a national election for the same sacrifice an average family bears in, say, a weekend driving getaway.

Money doesn't always succeed, of course, and billionaires often end up wasting money on campaigns. According to The San Jose Mercury News, Meg Whitman spent $43 per vote in her failed campaign for governor of California in 2010, mostly from her own pocket. But Michael Bloomberg won his 2009 re-election campaign for mayor of New York City after,according to the New York Daily News, spending $185 of his own money per vote.

The real bargain is lobbying — and that's why corporations spend 13 times as much lobbying as they do contributing to campaigns, by the calculations of Lee Drutman, author of a recent book on lobbying.

The health care industry hires about five times as many lobbyists as there are members of Congress. That's a shrewd investment. Drug company lobbyists have prevented Medicare from getting bulk discounts, amounting to perhaps $50 billion a year in extra profits for the sector.

Likewise, lobbying has carved out the egregious carried interest tax loophole, allowing many financiers to pay vastly reduced tax rates. In that respect, money in politics both reflects inequality and amplifies it.

The Supreme Court is partly to blame for the present money game, for its misguided rulings that struck down limits in campaign spending by corporations and unions and the overall political donation cap for individuals.Lobbyists exert influence because they bring a potent combination of expertise and money to the game. They gain access, offer a well-informed take on obscure issues — and, for a member of Congress, you think twice before biting the hand that feeds you.

Still, President Obama could take one step that would help: an executive order requiring federal contractors to disclose all political contributions.

"President Obama could bring the dark money into the sunlight in time for the 2016 election," notes Michael Waldman of the Brennan Center for Justice at the New York University School of Law. "It's the single most tangible thing anyone could do to expose the dark money that is now polluting politics."

I've covered corrupt regimes all over the world, and I find it ineffably sad to come home and behold institutionalized sleaze in the United States.

Reich told me that for meaningful change to arrive, "voters need to reach a point of revulsion." Hey, folks, that time has come.☐

You can observe a lot by just watching.