Something to Know - 21 March

I have had a heck of a time trying to stay up with all the news:  water drought, Israeli election, our dysfunctional congress, all matters race tension, Hillary's gmail issues, etc.  This op-ed by Timothy Egan resonates around the hypocrisy of the GOP operatives who masquerade behind the coat tails of Horatio Alger.  Economic Inequality here in the USA and everywhere is the root of much pf the  human misery and to preach fairy tales to obscure the truth is almost criminal:

Traitors to Their Class 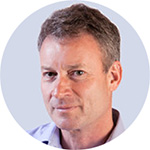 You probably know from his weepy reminiscences that the speaker of the House, John Boehner, once worked as a bartender and a janitor, and took seven years to get out of college. Maybe you've heard that Gov. Scott Walker of Wisconsin is a preacher's son who churned out burgers and fries at McDonald's. And you had to catch that bit from Senator Joni Ernst about putting bread bags over her shoes while growing up kind of poor in rural Iowa.

People from humble beginnings often carry an extra load of empathy through the success of their later lives, a sense that, with a few bad breaks, things could have gone the other way.

Ernst, the lump-of-coal-hearted new senator from Iowa, and Walker, who always seems to be promoting something that needs actuarial tables to disguise, at times sound as if they actively despise the poor.And there's the party of tough luck, pal. In the case of the three Republican leaders cited above, and most of those who aspire to be the G.O.P.presidential nominee next year, these Horatio Algerians for the new Gilded Age are working to keep the downtrodden down. They are traitors to their class, with all the strutting moral superiority that comes with the conversion.

Last fall, Walker opposed raising the minimum wage in Wisconsin from the poverty-level $7.25 an hour. After a group of workers claimed that the threshold violated a state mandate to offer a "living wage," Walker's administration slapped them down. Even though a minimum-wage worker would have to put in 81 hours a week to afford a two-bedroom apartment in Wisconsin, Walker's people saw no need to offer a few pennies more to those earning the least.

What's behind this? Part of it is Walker's fealty to the restaurant industry. Part of it is his inaccurate belief that raising the minimum wage kills jobs. And part of it is dewy-eyed nostalgia for the days when he was a lad earning his first paycheck under the Golden Arches. He made it. Why can't they?

Except it does. Much of the new evidence on the causes of inequality finds that moving up from one class to the other in America has gotten far more difficult. The rich, even doofus members of said class, get the right tutors that get them into the right schools where they make connections to get the right jobs. They never face the peril of losing everything because of say, a large medical bill, or the dead weight of a college loan.

As for Walker's outdated take on wages and prosperity, he could look to states that have raised their minimum wage and are creating jobs at a faster pace than the states holding to the lowest pay.

Meanwhile, Walker's low-wage fortress of Wisconsin lags behind the national average in job creation. If paying people next to nothing at the entry level were such a design for growth, employers would be flocking to the Badger State. Even Walmart, which built the original business model for how to make billions on the backs of people who need state assistance for the basic things in life, will soon be paying its serfs more than Scott Walker thinks is necessary to live on.

Senator Ernst loves to talk about growing up in the rosy patina of near-poverty. "My mom made all our clothes," she wrote on her campaign website. "We went to church every week, helped our neighbors when they needed it, and they did the same for us."

Bartender Boehner was probably a decent dude at happy hour. But Speaker of the House Boehner has no tolerance for the kind of folks who might have wandered into his family tavern, Andy's Café, after losing a job. As people in one state after another vote to raise their minimum wage — red states and blue — Boehner will not allow a simple vote on that most basic pay principle to take place in the House. He once said he'd commit suicide rather than vote to raise the minimum wage.See, you deadbeats: Why can't you just stitch together your own clothes and grab an extra chicken wing at the church picnic if you're hungry? Of course, she opposed raising Iowa's minimum wage. And she thinks subsidizing health care for lower-middle-class families is a terrible idea. She's working, with most Republicans in Congress, to take away health care for millions of Americans.

Giving the people who flip burgers, clean floors and stock grocery shelves a few dimes more an hour is not a handout. Offering working people some help on their insurance premiums does not promote dependence. Nor do those things hurt the economy — just the opposite.

So where is this coming from? The class traitors guiding the Republican Party, and the harsh new federal budget unveiled this week, usually promote their policies using personal anecdotes. Their condescension toward the poor springs from their own narratives: They are virtuous because they made it, or vice versa. Those who haven't made a similar leap are weaklings. It's a variant of Mitt Romney's view that 47 percent of Americans are moochers. Stripped to its essence, it's a load of loathing for their former class, delivered on a plate of platitudes.

If you ain't the lead dog, the view never changes.