Something to Know - 27 December

The Executive and Legislative branches of government are often the receivers of critical scorn and real citizen pressure.   However, our Judicial branch gets an easy pass as a result.  Here is an article of real concern.  The Supreme Court is an insular group, operating in its own ether, its own rules, and is a highly valued supporter of the elite corporate agenda.  In short, this branch of our government is sadly said - The Best Justice Money Can Buy:
http://www.nytimes.com/2014/12/26/opinion/the-best-lawyers-money-can-buy.html?emc=eta1
The Opinion Pages | EDITORIAL

The Best Lawyers Money Can Buy 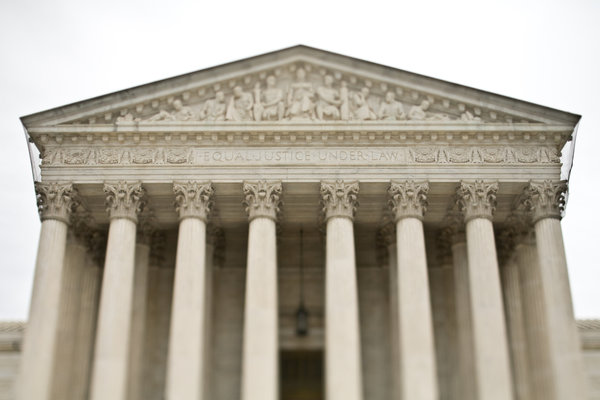 The United States Supreme Court decides cases involving the nation's most pressing legal issues, affecting the daily lives of hundreds of millions of Americans — and yet so much about its functioning is shrouded in mystique and exclusivity. The court's front doors are locked and its vast "public" plazais off-limits to protesters. Alone among the branches of government, itrefuses to televise its proceedings, even though its gallery can seat only 250 members of the public.

As a new report by Reuters shows, this exclusivity extends even to the types of cases the court agrees to hear.

The justices accept about 75 of the 10,000 petitions they get each year. And of that already minuscule fraction, a stunning proportion is argued by an extremely small and well-connected group of lawyers. All of these lawyers — among the top litigators in the country — have argued often before the court and almost all of them work mainly for corporate clients. Many have clerked for the justices, know them personally and socialize with them.

Those are the central findings of The Echo Chamber, a comprehensive analysis of about 10,300 petitions filed by private attorneys between 2004 and 2012. Reuters found that the lawyer's name on the brief was among the strongest predictors of whether the justices would take a case.

While the 66 lawyers Reuters identified represented less than one half of 1 percent of all lawyers who petitioned the court during that period, they were involved in 43 percent of the cases the justices heard.

That elite cohort is as homogeneous as it is powerful: 63 of the 66 lawyers were white, 58 were men, and 51 worked for firms with primarily corporate clients.

An even more elite group — eight lawyers — made almost one of every five arguments the court heard from private attorneys during those years. One of these lawyers, Paul Clement, has argued 75 cases before the court.

Top corporate firms have long understood how lucrative and prestigious a Supreme Court practice can be. But as those firms continue to draw the cream of the crop, there are fewer top lawyers available to other litigants — particularly those challenging a business's labor or environmental practices. Such lawsuits often pose conflicts of interest for firms with multiple corporate clients.

As a result, the court's docket has narrowed over the years. And when cases involving labor issues or consumers' rights do reach the court, they lose more often than not; the Roberts Court is the most business-friendly since at least World War II. The Reuters report highlighted a 5-to-4 ruling in 2011 that threw out a multibillion-dollar class-action suit against Wal-Mart alleging gender discrimination. Wal-Mart was represented by Gibson Dunn, which has one of the most successful Supreme Court practices in the country.

J. Michael Luttig, a former federal appeals judge appointed by former President George H. W. Bush, and now a corporate counsel, said this cloistered group of lawyers and justices has become "detached and isolated from the real world, ultimately at the price of the healthy and proper development of the law."

As troubling as the court's shrinking bar is the justices' matter-of-fact acceptance of it. Justice Ruth Bader Ginsburg told Reuters: "Business can pay for the best counsel money can buy. The average citizen cannot. That's just a reality." Justice Antonin Scalia admitted to rejecting cases based on the quality of the briefing, not on the legal issue they raised. "I have voted against what would be a marginally granted petition when it was not well presented," he said.

It's not unreasonable for the justices to want to spend their time on arguments made by the best advocates. Nor is there anything wrong with the country's top lawyers demanding top dollar for their skill and hard work. And corporations surely may spend what they wish to litigate on behalf of their interests. But when these forces are combined, the biggest cost of all may fall on regular Americans, for whom justice at the highest court in the land becomes less accessible every day.

--
****
Juan
Justice in the life and conduct of the State is possible only as first it resides in the hearts and souls of the citizens.
-- Plato
Posted by 1ma2t