Something to Know - 8 November 1.  It's difficult to try and concentrate on every day matters, but you and I have been there before.  Remember the morning after feeling from the 2000 and 2004 national elections?   Well, we survived.  The pendulum has done its thing, and you must think positively (huh...? easy to say but hard to do).   You must know that at this moment, the GeeOpie is at the apex of their game, and there is nowhere for them to go but down.  When we begin to see the divisions within the GOP as they jockey for the direction, they will turn on each other and screw it up again.   Obama has nothing to lose now.  He is at the nadir of his time in office, and if he is advised correctly, he will politely and presidentially stick it to the Republicans on every issue and legislation that comes up to him.   He must stick to his principles that got him into office, and  use his bully pulpit like never before.  Take this XL Pipeline thing - and boil it down to the simple points.   What are we to gain from having Canadian tar sands being sludged down in a pipe from Canada, under and through the heartland of the USA, possibly (and probably) spilling toxic materials into ground water and aquifers, then winding up in refineries in Louisiana, to be processed into carbon producing fuels that will be sold to other countries.  What's in it for us?   As a result of environmental pressures and commons sense, we are becoming less dependent on fossil fuels (no thanks to the Republicans), and do we need to take a gamble on flooding the sub-terranean midwest with oil sludge?   I just filled up my Prius yesterday at my local Costco (all 8.01 gallons) for $2.99/gal.  Why do I need a pipeline?   Obama needs to schmooze this correctly, and also point out that the few temporary jobs that the Pro-Pipeline lobby espouses is just sludge.  Next Issue?.....: 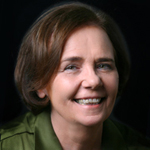 The Keystone XL oil pipeline is so popular! Ever since the Republicans won control of the Senate, it's become the Taylor Swift of political issues.

"We can act on the Keystone pipeline," said the House speaker, John Boehner, as he launched into his description of the next Congress. The House, which believes strongly in the power of repetition, has already passed a bill authorizing construction of the final phase of the pipeline eight times.

It was also the first thing the future Senate majority leader, Mitch McConnell, mentioned in his postelection press conference. "When you say energy these days, people think of the Keystone pipeline, but that's only part of it," he said. You have to wonder who he's been hanging around with, since many Americans are actually capable of thinking about energy for quite a long period of time without ever landing on "pipeline from Canada to Nebraska."

McConnell then went on to describe an energy agenda in which the only specific item he mentioned was you-know-what. ("I mean, the employment figures connected with Keystone are stunning if we would just get going.")

Actually, employment figures are not that stunning. There'd be a few thousand workers necessary to build it, but if we want construction jobs, we've got a ton of roads and bridges that need repair.  "Keystone is certainly overhyped as a job creator, mostly because the vast majority of jobs are temporary," said Tim Boersma of the Brookings Institution.

It's hard to figure where all the enthusiasm comes from. The Keystone XL would carry oil from the tar sands of Canada to Nebraska, where it would hook up with an existing pipeline to refineries on the Gulf of Mexico. Environmentalists hate it because oil from the tar sands expels more carbon into the atmosphere. If the pipeline isn't built, the oil will still get to the refineries by train, but at least we wouldn't appear to be encouraging the energy industry to drill the worst stuff possible.

The only people who would seem to have an intense practical interest in which way this plays out would be Nebraskans who will have to live with the pipeline, and the people who control the tar sands land in Canada. That group happens to include the famous campaign-contributing Koch brothers.

Keystone opponents were heartened Tuesday by the defeat of Representative Lee Terry, a veteran Omaha Republican and staunch Keystone defender. Some Nebraskans are worried the pipeline would create spills that would threaten the water supply. "When you start to mess with Nebraska water, you definitely have a fight on your hands," said Jane Kleeb of Bold Nebraska, an anti-pipeline group.

Terry was one of only three Republican members of Congress who lost on Tuesday, so defeating him was quite a coup. Although he was the Nebraska Republicans' weakest link. During the government shutdown, Terry made news when he dismissed proposals that members of Congress forgo their salaries for the duration of the crisis. ("I've got a nice house and a kid in college, and I'll tell you we cannot handle it.") Also, some voters disliked Terry's campaign ads, which linked his opponent to everything from terrorist beheadings to the parole of a serial killer named Nikko Jenkins. And then there was the last-minute surprise that came when Nikko Jenkins announced in court that he was endorsing Lee Terry.

But about the pipeline.

Story of Obama's life. He trots down the center, irritating his base, while Republicans scream at him for failing to do something that he's actually been doing all along.If the Keystone project came up for a vote in the new Senate, it would probably draw enough Democratic support to hit the magic number of 60. Then it would be up to President Obama, who is constantly being criticized by Republicans for standing between America and a jobs-rich energy boom. This would be the same president who's opened up massive new areas for oil exploration, increased the sale of leases for drilling on federal land and cut back on the processing time for drilling permits.

In the end it's completely up to the president. But the story is really about the Republicans. They're about to take over Congress and show us how they can govern. So the first thing they're going to do is hand a windfall to the energy interests that shoveled nearly $60 million into their campaigns? Terrific.

Let them prove they're better than that. There's a nice bipartisan energy efficiency bill that's been sitting in limbo in the Senate. It would help manufacturers reduce energy costs, promote model building codes and do a bunch of other useful things. If the Republicans would forget about posturing for their campaign contributors, drop Keystone and pass the energy efficiency bill instead, it really would be a new day.

We'd all be incredibly impressed. Honest.