Something to Know - 2 April 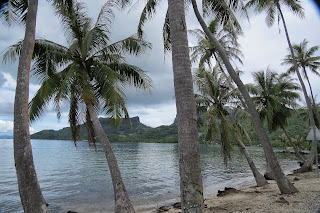 1.  Paul Ryan is very close to the Tea Party zealots in thinking out loud, and panders to the far right in his latest GOP budget proposal.   However, as the handwriting is on now obvious, Obamacare (The ACA) is here to stay, and Ryan's running close to the line of the 1% may not bode well for upcoming political campaigns:
http://www.nytimes.com/2014/04/02/opinion/mr-ryans-faith-based-budget.html?emc=eta1
2.  This morning's news that the Supreme Court has effectively taken off the lid on how much $$$ can be shoved into political candidate's coffers is not going to be good for those on the short end of a campaign funds.   So, my pitch is that the Democrats need to be wise in their spending and call out the GeeOpie for who they are and what they stand for - the rich and powerful who want to dismantle all that which is helping the middle class and the impoverished.  Yes, this is class warfare, and it should dominate the discussion:
http://www.nytimes.com/2014/04/03/us/politics/supreme-court-ruling-on-campaign-contributions.html?emc=eta1
--
****
Juan
(today's picture is of a beach on Bora Bora)
Real knowledge is to know the extent of one's ignorance. --Confucius