Something to Know - 15 December 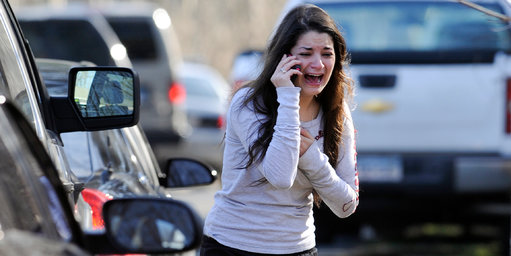 1.  We need to ask ourselves this.  Who is the sickest - the shooter, or the society that lacks the political will to do anything about it?.   We need to get over the NRA and Wayne LaPerrier's defense of the 2nd Amendment.  In my opinion, the 2nd Amendment was a mistake as written.   The Second Amendment was written with the knowledge base known at the time of what "arms" were.   Of all the amendments that constitute the Bill of Rights, none is more affected than the Second by the change in technology.  Who would have known that a single-shot musket would have evolved to mechanical monster called an assault rifle capable of spewing out hundreds of pieces of metal at horrific rates?   It is time to acknowledge that the Second Amendment was flawed in its conception of what the future would bear.  That is the first thing that needs to be done.   After that, we really have to start picking up the pieces and figure out how to contain this national tragedy and bring back some sanity to our civilization.  We have no choice but to try.  To ignore it is to surrender to an ill-conceived act that perpetuates and abets the failings of our species.  We need to protect ourselves from ourself.  The senseless act of one denies the many of its right to life:
http://www.washingtonpost.com/blogs/wonkblog/wp/2012/12/14/nine-facts-about-guns-and-mass-shootings-in-the-united-states/?print=1
2.  Missed sending this yesterday, and it should have been included.   It is from Paul Krugman, and is about as good of an explanation on the deranged and uncoordinated behavior demonstrated by the Republicans at the present time:
http://www.nytimes.com/2012/12/14/opinion/krugman-the-gops-existential-crisis.html?_r=0&hp=&adxnnl=1&adxnnlx=1355519011-OrOtSqEyExc109WgeY11tg&pagewanted=print
3.  Let this contribution from Gail Collins close out what has been a horrible day for all.  Tiny little kids.  The sweet innocence snuffed out by a madman.  To hope for a better tomorrow and hold hope for the future:
http://www.nytimes.com/2012/12/15/opinion/collins-looking-for-america.html?ref=opinion&pagewanted=print
--
Juan