Something to Know - 26 November 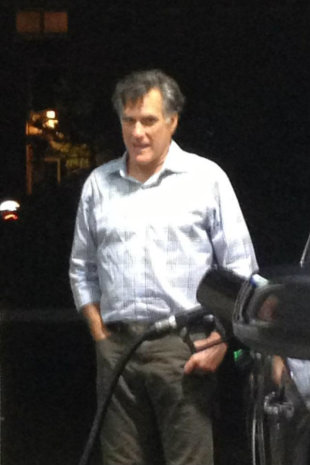 1.  The Bill O'Reilly crowd is in deep angst on their perception of what has "been lost" and the tradition of America that is no longer there for them to enjoy.   This little cartoon says it all:

2.  If we are going to allow ourselves to think far into the future, and really get serious about the potential ravages of climate change, let's start by reading this piece, and click on the "what could disappear" maps of the article.   Are we going to rebuild and patch after each catastrophic event, or should we better adjust and spend to the apparent reality of the future.  Short term, we rebuild for the here and now.  It could be billions and trillions down the drain with the dawn of the reality that is facing us.  This could be the bid debate of the future:
http://www.nytimes.com/2012/11/25/opinion/sunday/rising-seas-vanishing-coastlines.html?ref=opinion&_r=0
3.  Here is the perfect example of how the government gets involved in the big infrastructure projects that move big economies and challenges in the future.   Private enterprise can only go so far in making things happen, but when the infrastructure of roads, essential service to support and maintain new working communities that one expects, we are talking big money that private capital does not want to get saddled with.   Only federal and state backing can support and provide the resources to make big things happen.  All that is evidenced by the talking points in this article.  Those who despise "big government" and want to strangle it into bath tub sized chunks not only kid themselves, but are the biggest obstacles to the adaptation to the new realities:
http://www.latimes.com/news/local/la-me-solar-counties-20121125,0,1092454,full.story
4.   Robert Reich, in this older piece (16 November), offers up the strategies and goals for the Republicans and Democrats as they approach the "fiscal cliff".   This game of chicken is played out, and the options available for each side:
http://www.sfgate.com/default/article/Taxing-the-rich-at-heart-of-showdown-4045205.php
5.   Warren Buffett puts his mouth where he says he puts his money, and follows the example of Professor, and Secretary Reich:
http://www.sfgate.com/default/article/Taxing-the-rich-at-heart-of-showdown-4045205.php
6.  As the climate changes, and we try and figure out the cost to rebuild versus the accepting the enevitable rise of habitat destroying oceans, here's another problem.   The the trash and waste we create - where do we put it.   For most of us, we flush it down the toilet, or put it in several bins out on the sidewalk or street each week - and away it goes.    New York puts it on barges and dumps it way out at sea.   Los Angeles and other cities.....well, they send it across county lines to some rural dump sites.   It is starting to catch up with us, and it is a BIG problem, and the elephant in the room:
http://www.latimes.com/news/local/la-me-central-valley-20121126,0,6174401,print.story
--
Juan


"Do not fear to be eccentric in opinion, for every opinion now accepted was once eccentric."
-- Bertrand Russell
"The only way to get rid of a temptation is to yield to it."
-- Oscar Wilde
"Where facts are few, experts are many."
-- Donald R. Gannon
"You probably wouldn't worry about what people think of you if you could know how seldom they do."
-- Olin Miller
Posted by 1ma2t