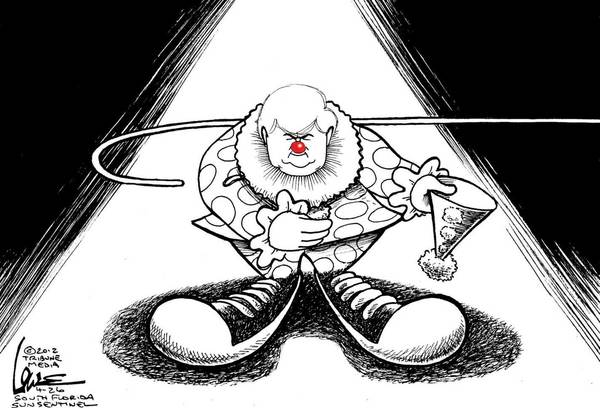 1.  This is a very sad state of affairs.  Police are going through the audience at a "citizens town hall meeting", taking away recording devices to "for security reasons to protect the identity of the constituents".  Really?  Seriously?  This Republican Congressman is so worried that people will take what he says to others for political advantage by embarrassing him.   Is this a great country or what?:
http://www.infowars.com/cops-confiscate-cameras-at-ohio-congressmans-town-hall/
2.  This would appear to me to be the first step in the Minnesota Vikings political justification to get their new stadium request voted down so that they can justify their move to Los Angeles.  The Lakers left there in the late 50's, so the precedent has been set.  Now, if the Vikings want to come out West, I would stipulate two conditions (1) Don't expect to have LA taxpayers roll over and give you any money to build your stadium & (2) Change you name to something else more fitting for the  history and culture - like the Banditos or the Frijoles, Nachos, or the Beach Bums- but not the Vikings.
http://www.forbes.com/sites/mikeozanian/2012/04/28/minnesota-vikings-asking-for-stadium-taxpayer-subsidy-of-77-per-ticket/
3.  Here is a sensible graphic/audio presentation of a You Tube video that shows that Eric Cantor does not understand or is banking on deception with regard to our current taxation structure:
http://www.youtube.com/watch?v=7WriQkGQErI&feature=uploademail
4.  ALEC is the acronym.  The acronym is funded by the corporations which seek to eliminate any legislation of thought of legislation that regulates business activity.   When you think of something that might help us eat better or healthier food, breathe cleaner air, or get better information on the toxins that we are exposed to, for example, and a company does not wish to comply - well ALEC trots out legislation and an agenda for legislators to vote for.   I think you know the game by now:
http://truth-out.org/news/item/8797-alec-may-target-renewable-energy-mandates?tmpl=component&print=1
5.  Paul Krugman is suggesting that Willard is out of touch with the young and their quest to seek a college education, and how to pay for it.   Willard thinks that just see if you can ask your parents for the money, take a chance, and try harder.  That is his solution.  Of course did he ever have to worry about that?   Probably not, and he's not going to find his simple talk finding any traction:
http://www.nytimes.com/2012/04/30/opinion/krugman-wasting-our-minds.html?_r=1&ref=opinion&pagewanted=print
6.  Not to be outdone by the Regional Stupidity Act taken by neighboring states, North Carolina is doing its best to shove ignorance and intolerance on to the national stage in full view.   This is this state's action to provide jobs, jobs, jobs:
http://www.nytimes.com/2012/04/30/opinion/bigotry-on-the-ballot.html?ref=opinion&pagewanted=print
7.  It is a tragedy as we watch the commitment and quality of our education system decline.  On the one hand, we have demands to reduce taxes, cut budgets, eliminate programs, and end or curtail entitlements.  On the other hand we have pleas to protect our programs, fund entitlements, bolster the safety net, and protect the vulnerable.  One group has corporate wealth and power behind it.  The other has none but the good wishes of the unwashed.  What kind of country are we?:
http://www.latimes.com/news/local/la-me-0429-lopez-adulted-20120429,0,1305032,print.column
8.  Do we have a right and a reason to read the Senate Intelligence Committee report on lessons learned about torture activity conducted by the CIA since Sept 11?   Do we?:
http://www.latimes.com/news/opinion/editorials/la-ed-torture-20120427,0,5960436.story
--
Juan


"The superfluous, a very necessary thing.""
-- Voltaire
"People are, if anything, more touchy about being thought silly than they are about being thought unjust."
-- E. B. White
"The key to being a good manager is keeping the people who hate me away from those who are still undecided."
-- Casey Stengel
"Exit, pursued by a bear."
-- William Shakespeare
"Horse sense is the thing a horse has which keeps it from betting on people."
-- W. C. Fields
Posted by 1ma2t